Temperatures backing off temporarily for Tuesday

It felt a lot more like a summer day for many on Monday. Lincoln Airport topped out at 92°, with Omaha maxing out at 95°. Keep in mind that average high temperatures in July are near 90°!

Despite Lincoln feeling the heat, a cold front was marching through the area on Monday. This resulted in cooler highs to the west. For instance, Kearney only made it into the low-80s. This cold front will eventually stall and meander in the vicinity of southeast Nebraska on Monday night.

There is a very small chance to see an isolated storm fire along this boundary on Monday evening, more than likely after 9pm. The boundary will be close enough to Lincoln to where I cannot rule out the chance of seeing a storm in the capital city. However, understand that the overall odds are low. 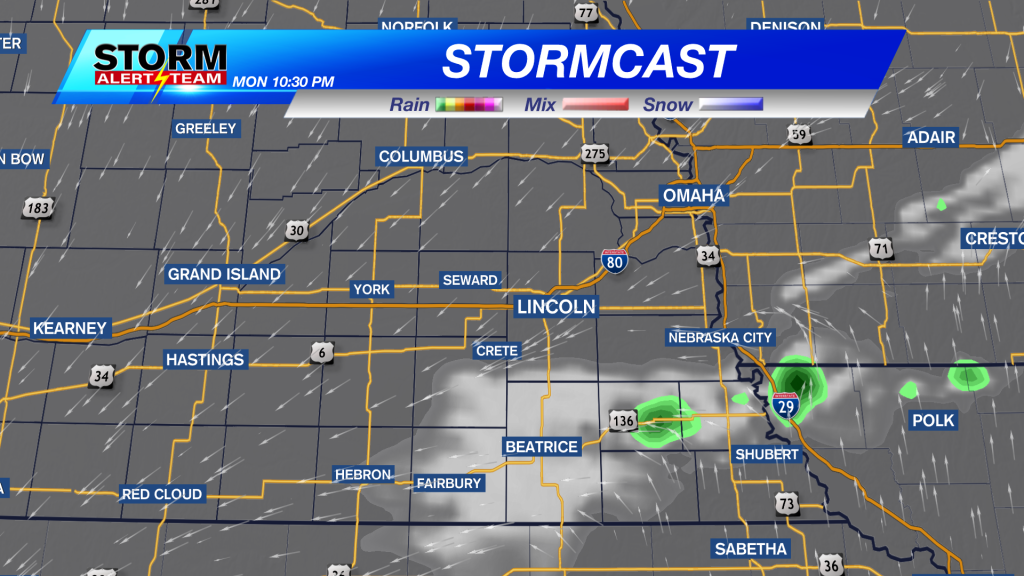 We should see a few low clouds develop overnight and into Tuesday morning. We’re forecasting a low near 62° in Lincoln, with cooler air to the west. 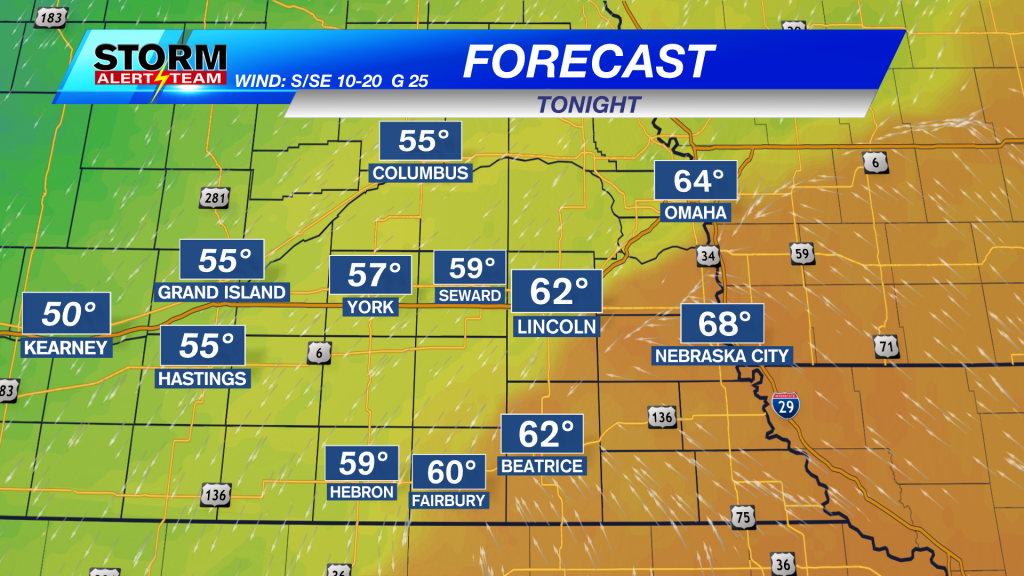 While some clouds are possible on Tuesday morning, we expect gradual clearing as the day wears on. We expect dry conditions for the day on Tuesday. It should be a cooler afternoon, with highs in the low-80s in Lincoln. Expect cooler air to the west and warmer air to the east. 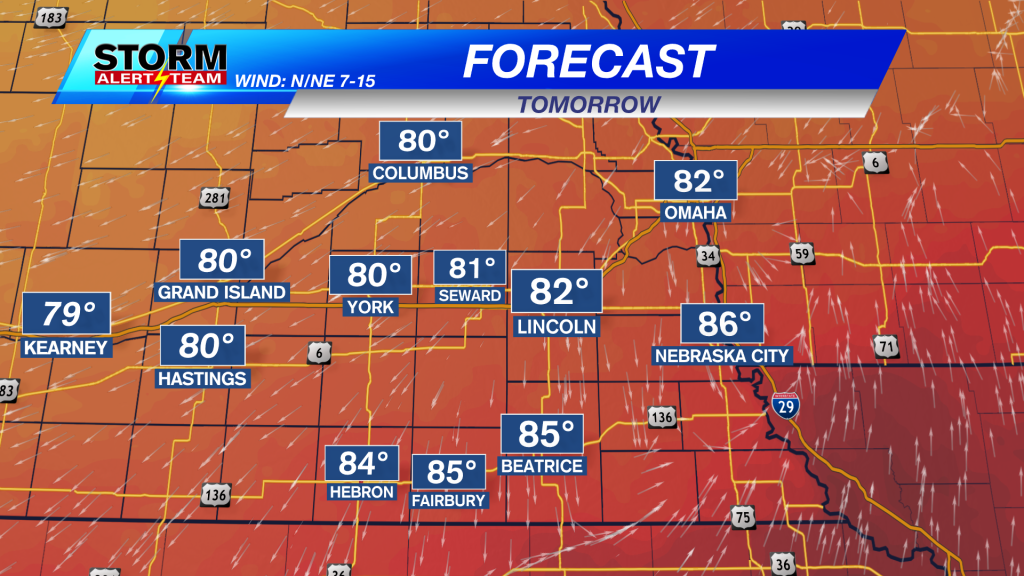 Temperatures climb back into the 90s on Wednesday and Thursday. It will likely be humid for those 90° highs as well.

An isolated storm is possible on Wednesday – another situation where most will remain dry but few may see a storm. The better chance for storms will be on Thursday evening as a cold front approaches. The passage of that front will set us up for a cooler weekend.