As expected, Mother’s Day featured a little bit of rainfall across southeast Nebraska during the morning hours. The rain arrived in the form of a broken line of showers. Most picked up a few hundredths of an inch of rainfall in southeast Nebraska, with higher totals northwest of the Tri-Cities. 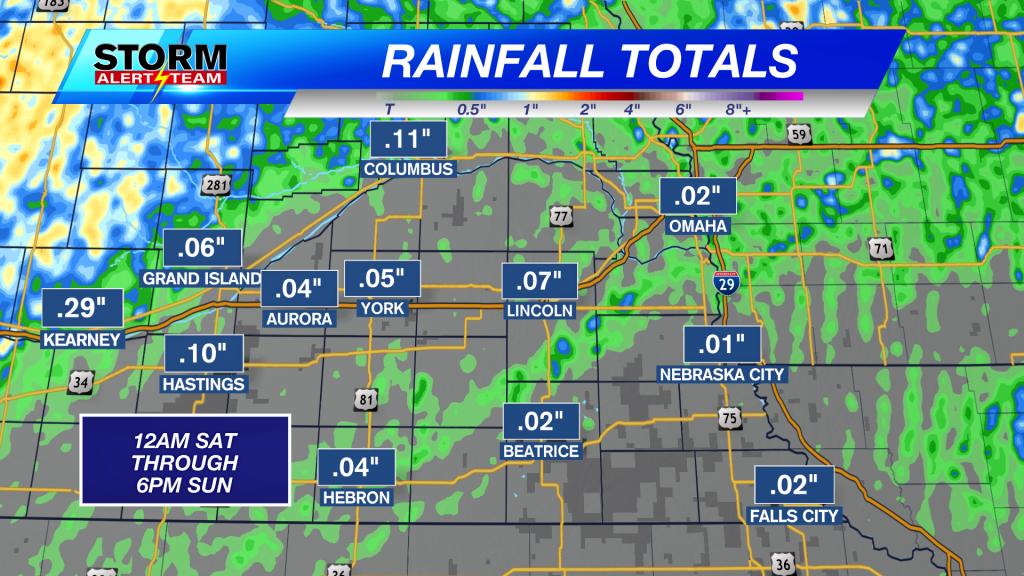 Although most rain occurred in the morning, the eastern third of the state held onto clouds all day. These low clouds have been stubborn to exit and will continue to remain so overnight Sunday.

While those near the Tri-Cities may have been able to see some sunshine, some of those clouds may be able to reenter the picture in those areas. We’re forecasting a low in the middle-60s in Lincoln on Monday morning. 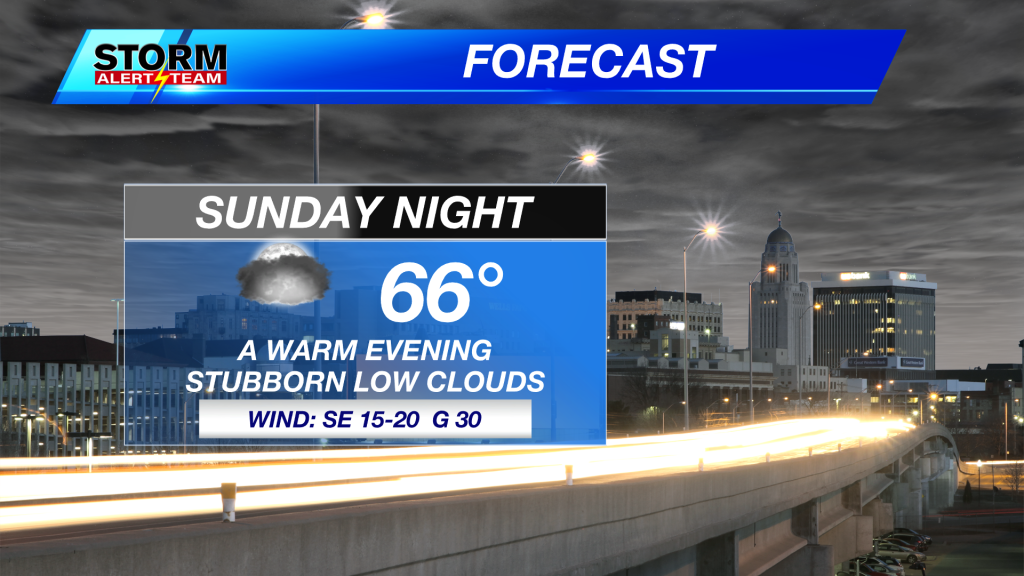 Despite overnight clouds, they will lift to the north and fizzle out early Monday. We turn mainly sunny for the day, and this will help high temperatures soar into the 90s for many. 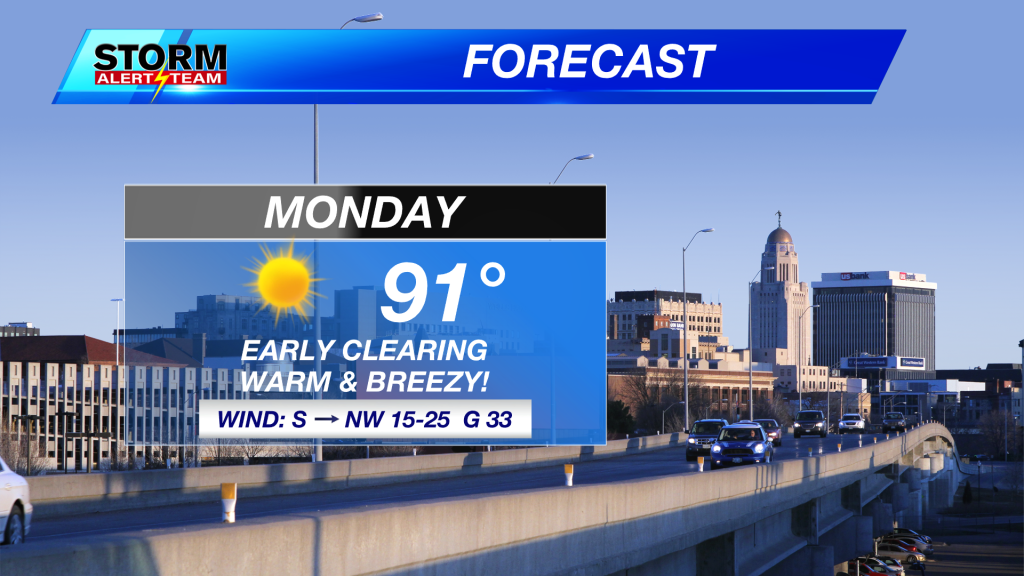 A weak boundary will approach the area late Monday. Along the boundary, there is a small chance to see an isolated shower late Monday and very early Tuesday. I think the best chance of that will be in Iowa, but it’s not impossible to see one of those in far eastern Nebraska. 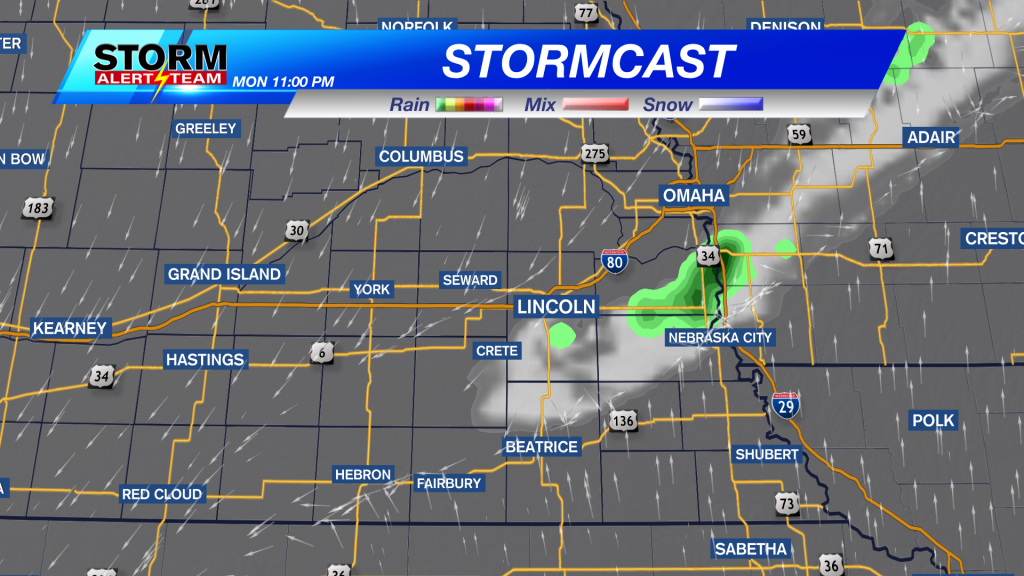 We’ll be in the presence of said boundary on Tuesday, which may help cool temperatures into the 80s. However, we’re back into the 90s on Wednesday. Our forecast high of 92° on Wednesday is awfully close to the record high of 94°. This will be something to watch!