Temperatures rebound into next week

The snowfall from Friday night’s disturbance ended by sunrise on Saturday in the capital city. While Lincoln was able to see 1.4″, more snow generally fell to the east. 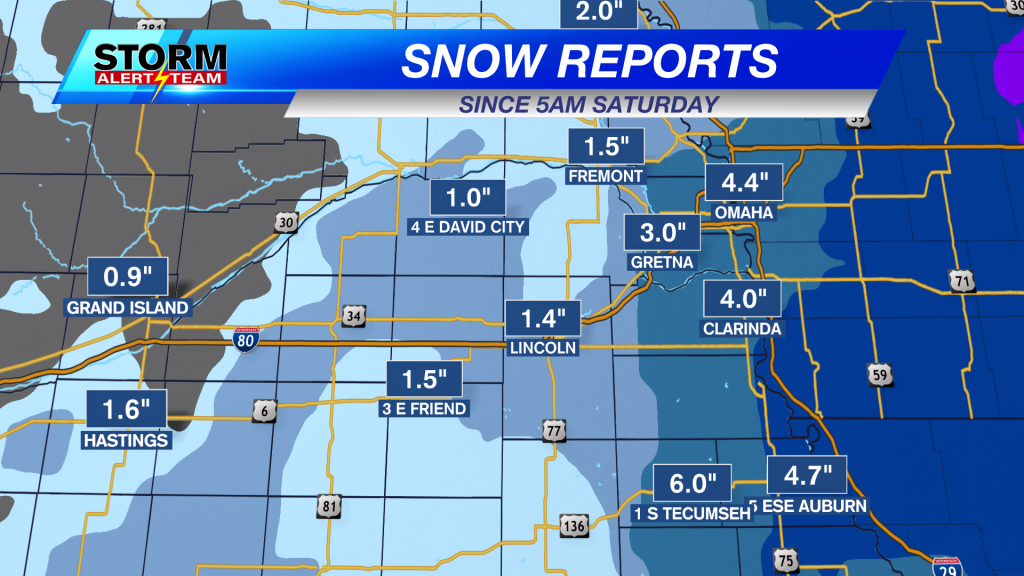 While clouds remained on Saturday morning, we turned mostly clear by the afternoon. The snowpack kept temperatures on the cooler side as Lincoln topped out at 20°.

We are watching some high clouds off to the northwest that will move into the area on Saturday evening. We’ll increase clouds overnight and into Sunday morning, with low temperatures dropping to near 9°. 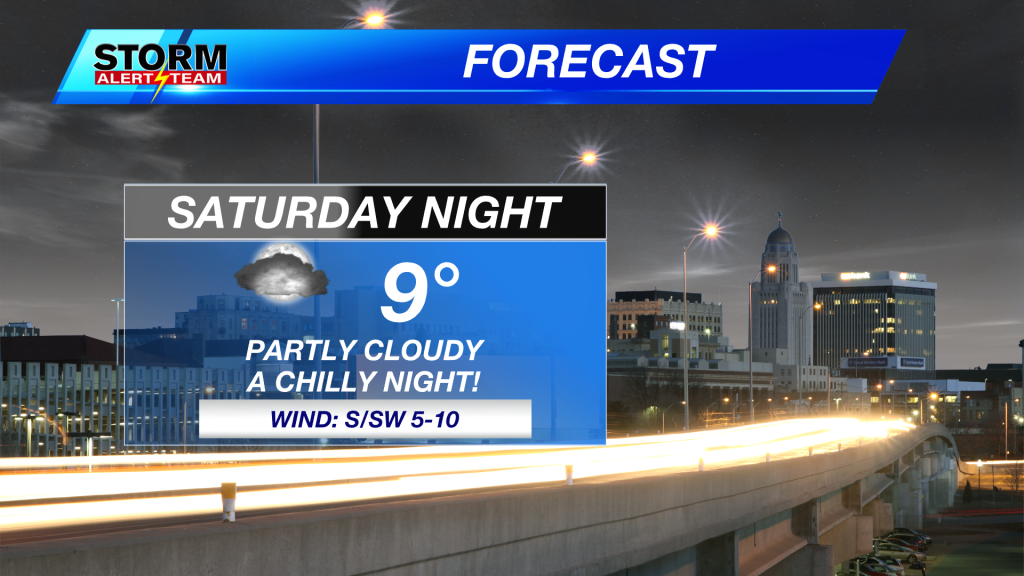 We’ll keep some clouds in the forecast on Sunday, but there should be plenty of sun to fill any gaps. We should be warmer on Sunday, with highs in the low to mid-40s in Lincoln.
Given that less snow generally fell to the west, temperatures may be warmer there. Winds will be out of the southwest to start the day, but turn more northwesterly in the afternoon. It could be breezy at times. 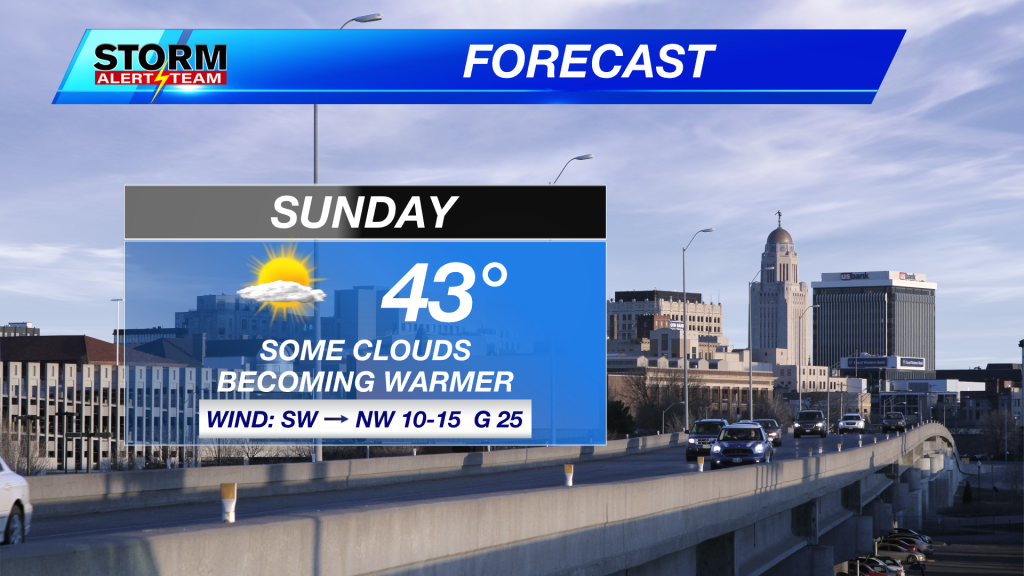 If you like milder weather, we have good news. Temperatures remain in the 40s on Monday and we may even exceed 50° on Tuesday. However, temperatures will tumble starting on Wednesday, kickstarting a cool spell. Mother Nature has something in store for everybody!