After a soggy start, the second half of the day fared off on a drier note. A cold front passage early Saturday is resulting in a cooler and less humid air mass arriving into the area.

While some started to feel the effects of the lower humidity Saturday afternoon, all will begin to feel it Saturday night. We may see some clearing overnight Saturday. We’re forecasting partly cloudy skies on average, though skies may be mostly clear in eastern Nebraska at some points. It will be cool and crisp, with low temperatures in the upper-50s. 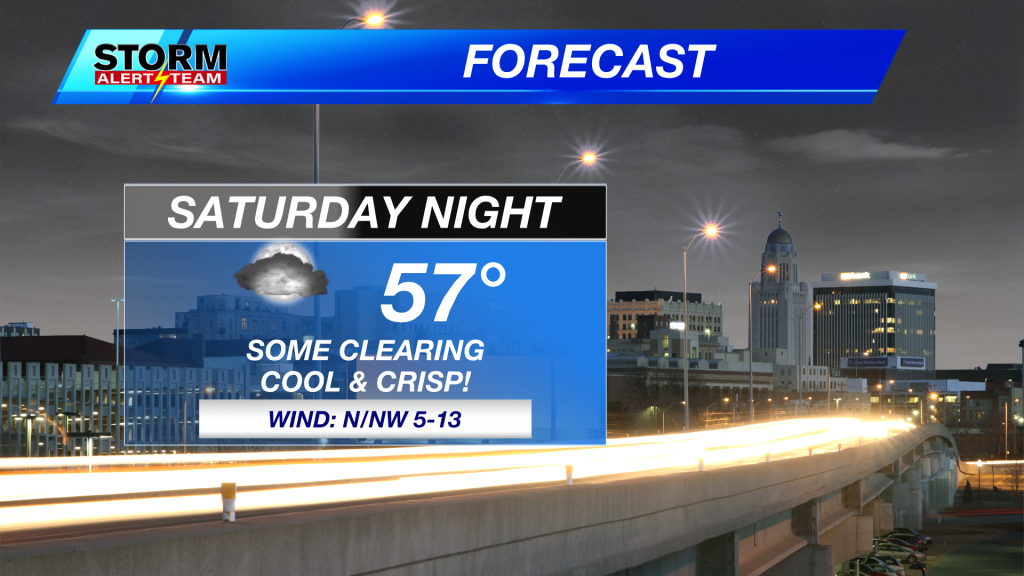 We expect partly to mostly cloudy skies on Sunday, although I’m a bit skeptical as to how much cloud cover we’ll actually see. There will be an opportunity for the sun to poke out. It will be a very nice day, with high temperatures in the upper-70s in Lincoln. Dew points will be in the 40s, meaning that the air will have a refreshing feel to it. 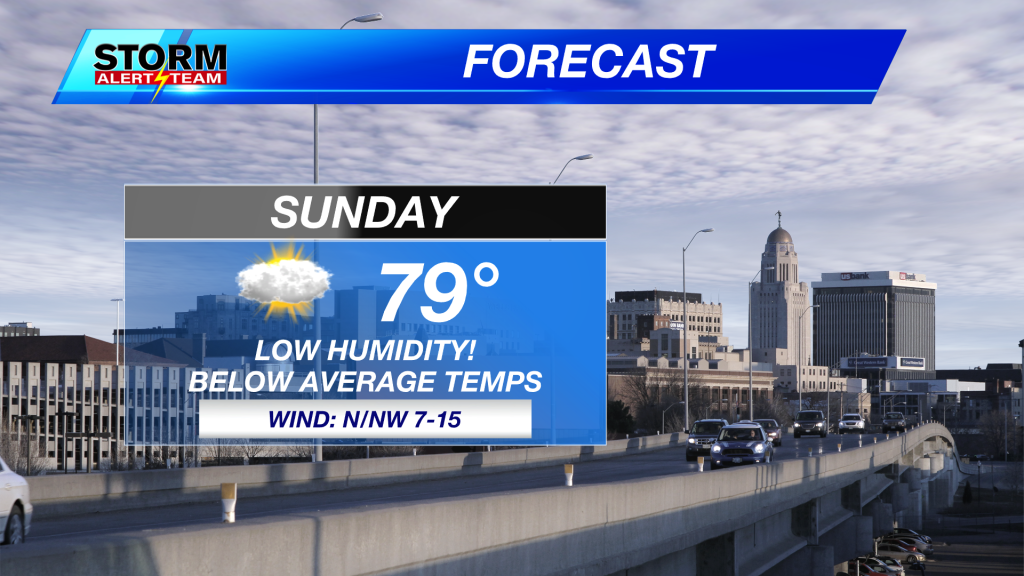 Temperatures warm back into the 80s on Monday, but we’ll hang onto the low humidity. Monday will be a very nice day, and we should see a bit more sunshine for the day as well. 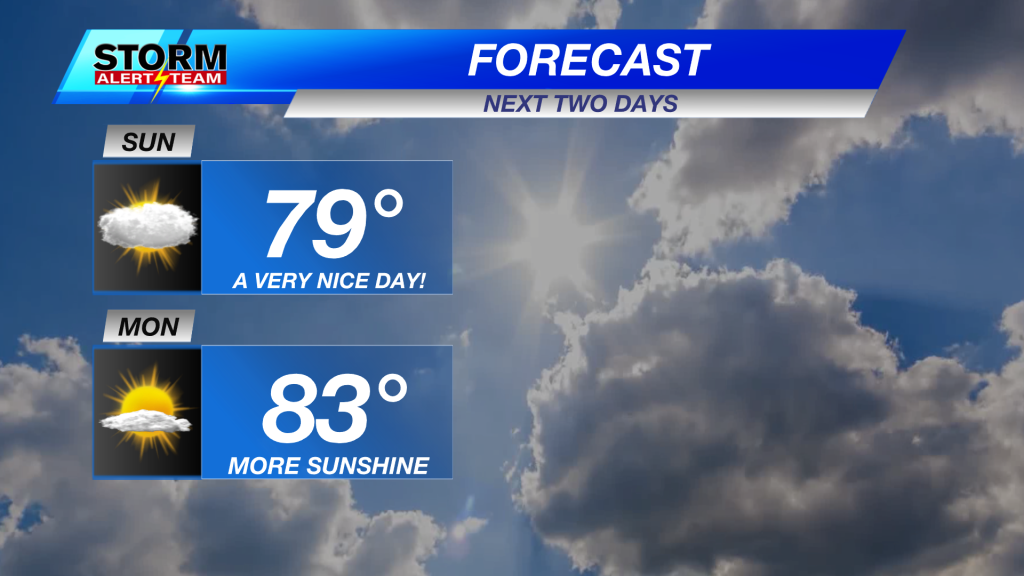 Temperatures warm even more on Tuesday, into the upper-80s. The humidity also starts to increase on Tuesday. More summer-like heat returns by mid-week, perhaps reaching the upper-90s on Thursday!