The humidity’s back, along with rain chances

After some relief from the humidity for a short time, it drifted back into the area Wednesday night. The addition of moisture is in part responsible for an increase in rain chances starting Thursday morning.

MORNING ROUND OF RAIN

We’ll have some scattered showers moving through the area during the morning hours. There are some questions as to how widespread and how far north the scattered rain gets. We’re thinking this will be mostly scattered rain, and mostly along and south of I-80.

By afternoon, we expect the morning round of rain to depart. Most will be dry for the afternoon. We expect partly to mostly cloudy skies, with more sun possible in the afternoon. Highs will likely be stuck in the 80s in Lincoln, and you will notice the humidity too. 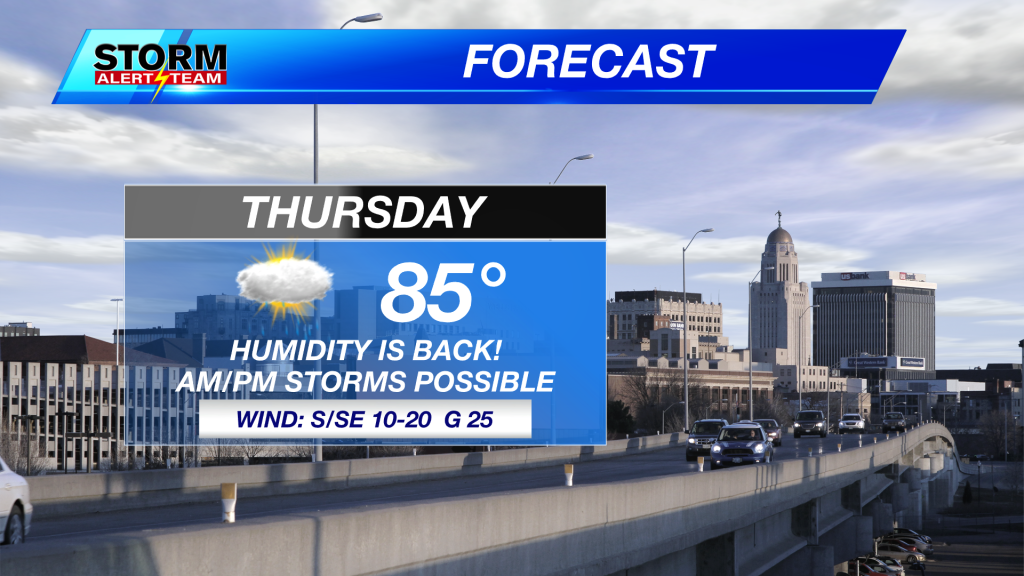 EVENING ROUND OF RAIN

Once we get into the evening hours (likely after 6 p.m.), some storms may crop up in south-central Nebraska. These will push east during the evening and especially overnight. As a result, there are two peaks in rain chances on Thursday, one in the morning and another in the late evening/overnight hours. We should see a dry period in between. 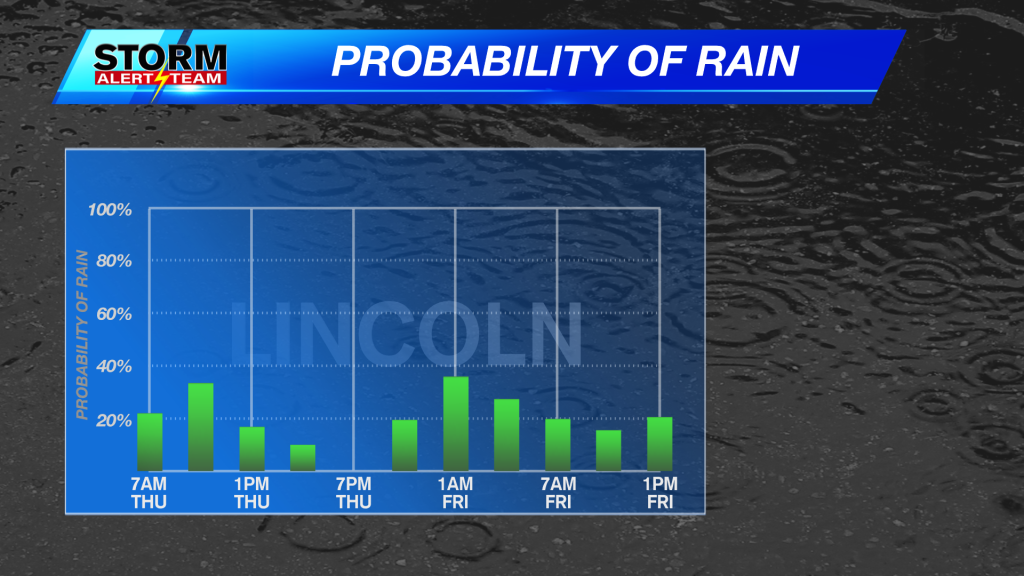 I suspect that the bulk of the rainfall will occur south of I-80 on Thursday morning and Thursday night. Those who see the most rain may receive 1″+. Notice how Stormcast suggests most of the accumulation being south of I-80. 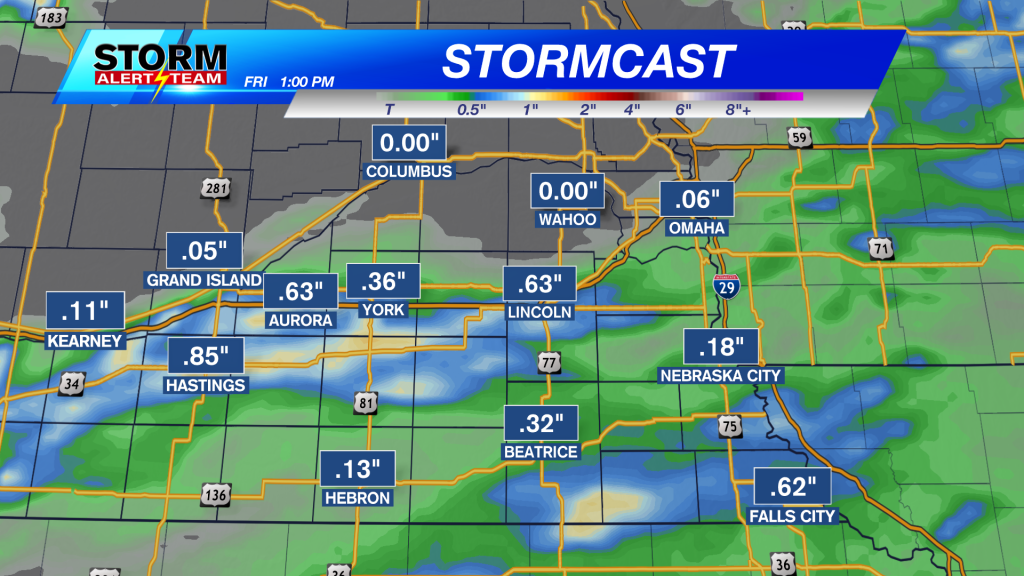 For any storms that develop to the west during the early evening hours, a few may pulse up into something severe. The Tri-Cities and points southeast and included in a “slight” risk for severe weather. The main concerns are large hail and damaging winds, although a brief spin-up can’t be ruled out.

The severe weather risk drops off sharply after sunset. This is why Lincoln is not included in that slight risk. 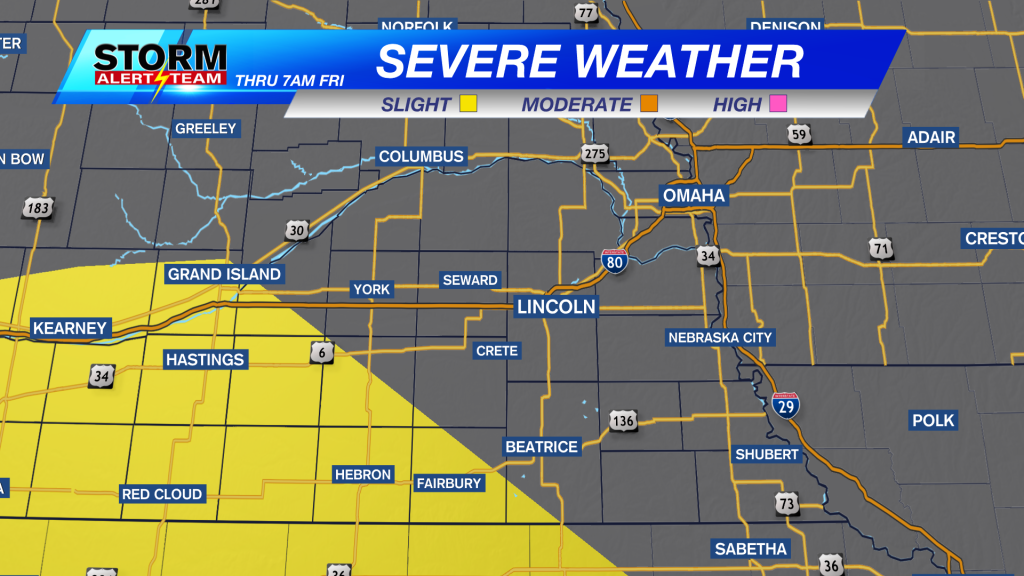 HEADING INTO THE WEEKEND

We have more showers/storms to dodge in the Channel 8 viewing area on Friday and early Saturday. However, we expect a pattern change this weekend, with cooler than average air along with low humidity in the forecast for Sunday.