Storm to bring snow to southeast Nebraska for end of week

10:30 P.M. UPDATE:  New data coming in continues to suggest a few raindrops mixed in with snow for part of Friday in Lincoln.  I’ve included a period of mixed precipitation (rain/snow) for the state capital through early afternoon.  Snow peaks overnight – near 90% – in to Saturday morning. 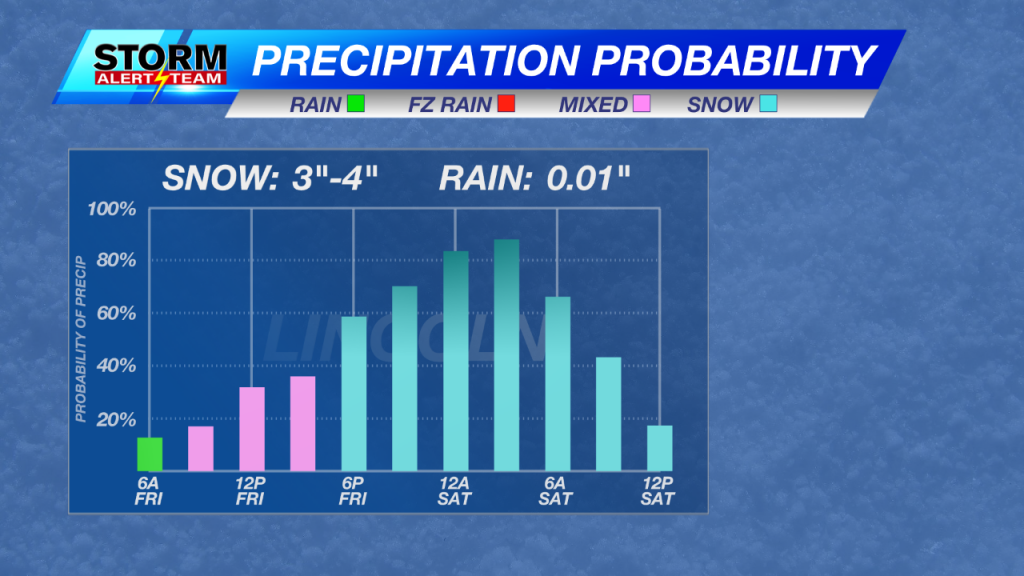 The morning commute will likely be fine across most of southeast Nebraska.  There could be a little snow accumulation in places like Grand Island, Hastings, and Hebron but it should be minor. 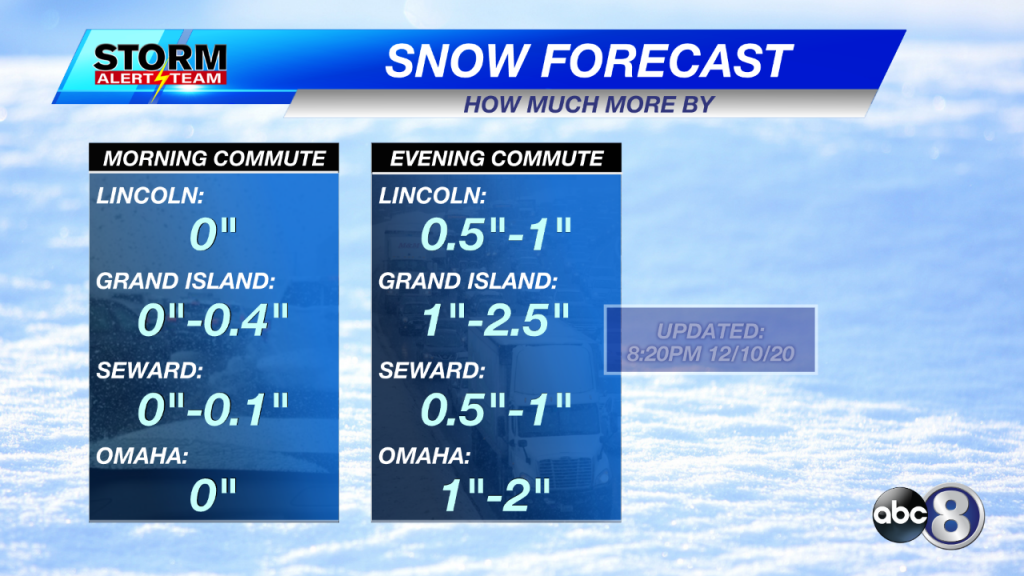 We should start to see minor accumulation starting in Lincoln, Seward, and Omaha for the evening commute.  Winds will be gusting to 25 mph at times through the afternoon and evening. 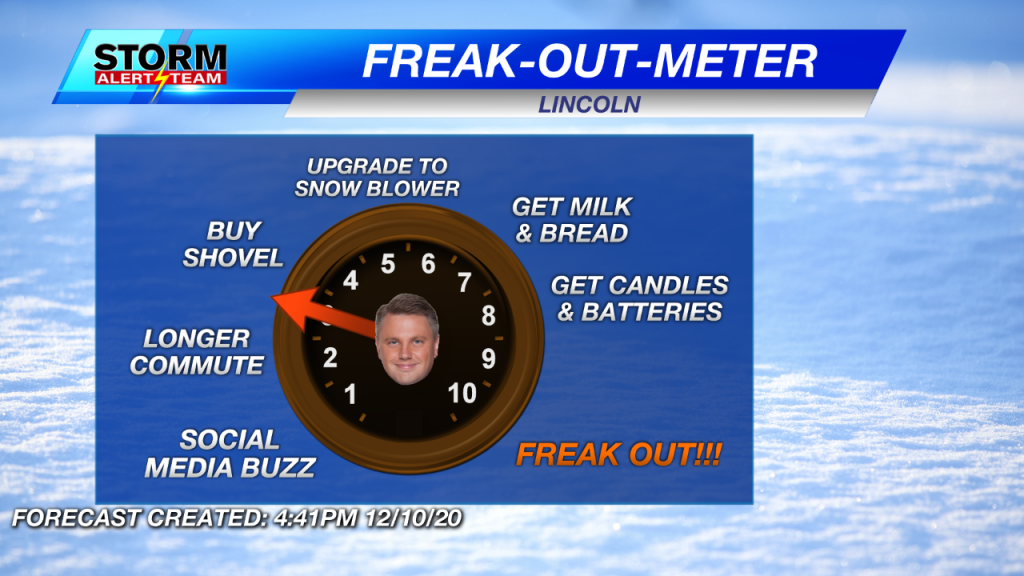 PREVIOUS POST: All eyes are turned to a weather system that will bring snow, mixed with a little rain at times, to southeast Nebraska starting Friday and ending Saturday morning. 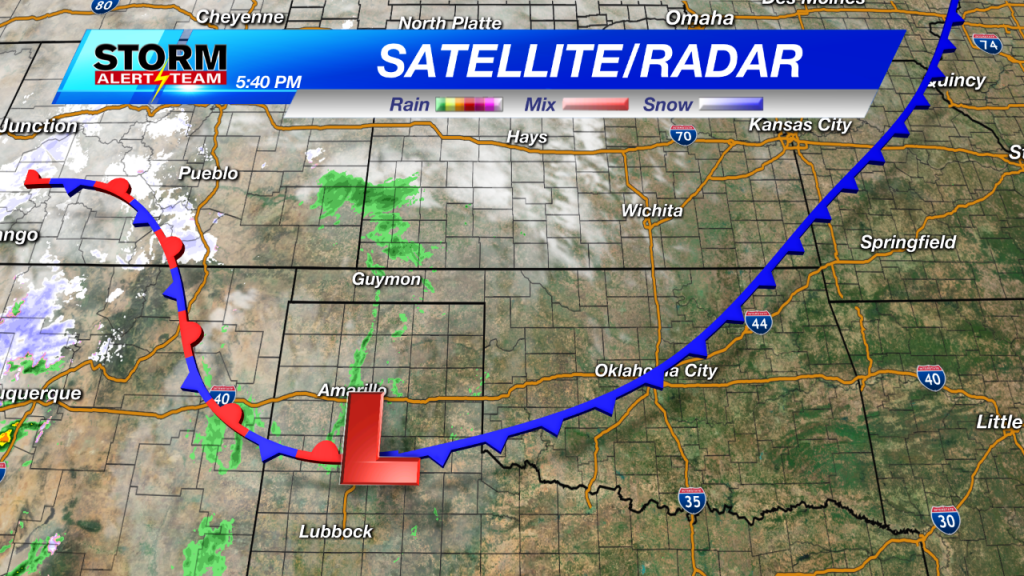 An area of low pressure at the surface is located in the Texas panhandle.  North of the low, moisture is already streaming northeast through southeast Colorado and southwest Kansas.  The moisture will continue to move northeast, arriving in southern Nebraska Friday morning. 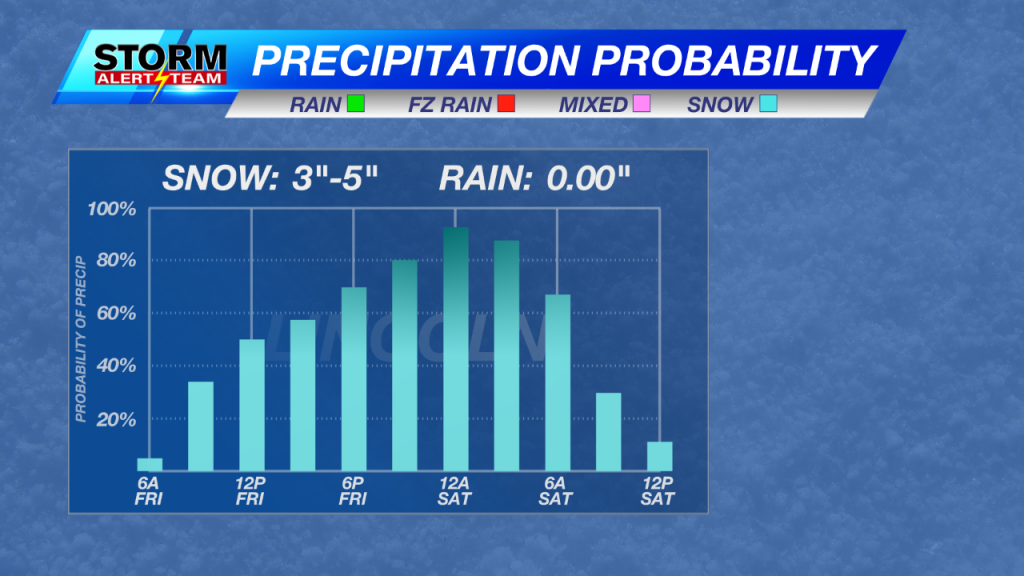 Precipitation will arrive, likely in the form of snow, over southwest portions of the KLKN viewing area starting near sunrise Friday.  Precipitation will continue to move northeast through southeast Nebraska through the morning.  Latest high-resolution data suggests snow could start to fall in Lincoln between 9 a.m. and 11 a.m.

Even though temperatures a few thousand feet above the ground will be below freezing, temperatures at the surface will likely climb a few degrees above freezing during the early afternoon.  This could cause some of the snow to transition over to rain drops at times.  However, I think the predominate precipitation type will be snow, with a better chance for mainly rain over the extreme southeast corner of the state.

As you can see in the graph above, the highest probability for snow will come overnight Friday in to early Saturday morning.  I think this is when we’ll see the heaviest snow fall.  However, notice we’re looking at a 70% probability of snow falling at 6 p.m. Friday.  This could make for a messy P.M. commute Friday.

By the time the snow winds down Saturday I think some areas could receive as much as 5″ of snow along a corridor near I-80 in the eastern half of the state. 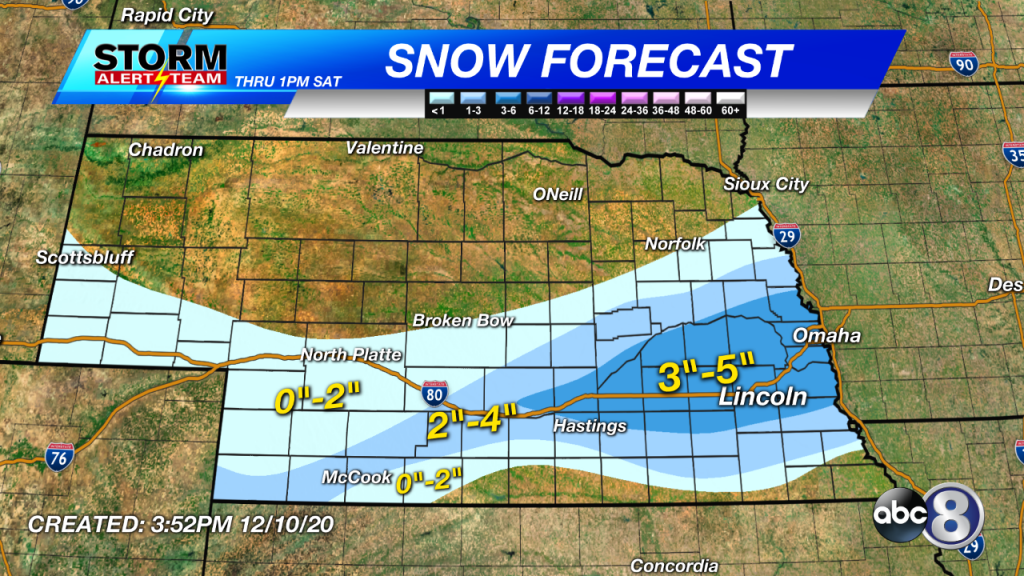 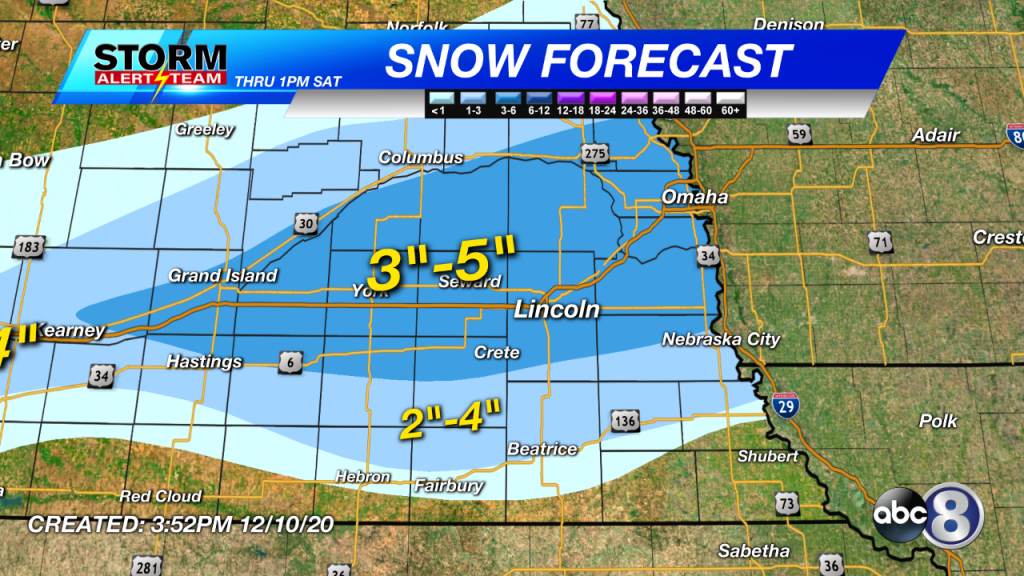 Many things can change over the next 24-hours.  Be sure to check back here for further forecast updates as well as on Eyewitness News on KLKN-TV.

Man shot at officers with crossbow and fireworks in Beatrice rampage, police say