Tracking next chance of wintry mix for southeast Nebraska

We’ll keep mild weather for the next 24-hours before our next weather maker slides through the Plains Tuesday night in to Wednesday.

Mostly clear skies are expected for Monday night and temperatures dropping down in to the teens to lower 20°s. 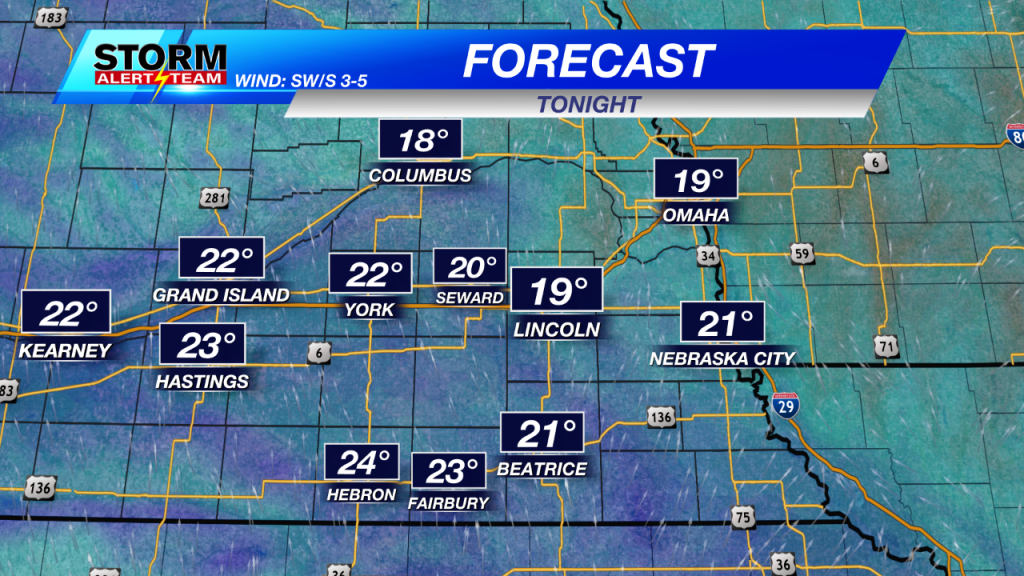 Clouds will be on the increase Tuesday and high temperatures will run 7°-10° above normal.  The normal high temperature in Lincoln is 35°.  Winds will begin to slightly increase, gusting to 20 mph by afternoon. 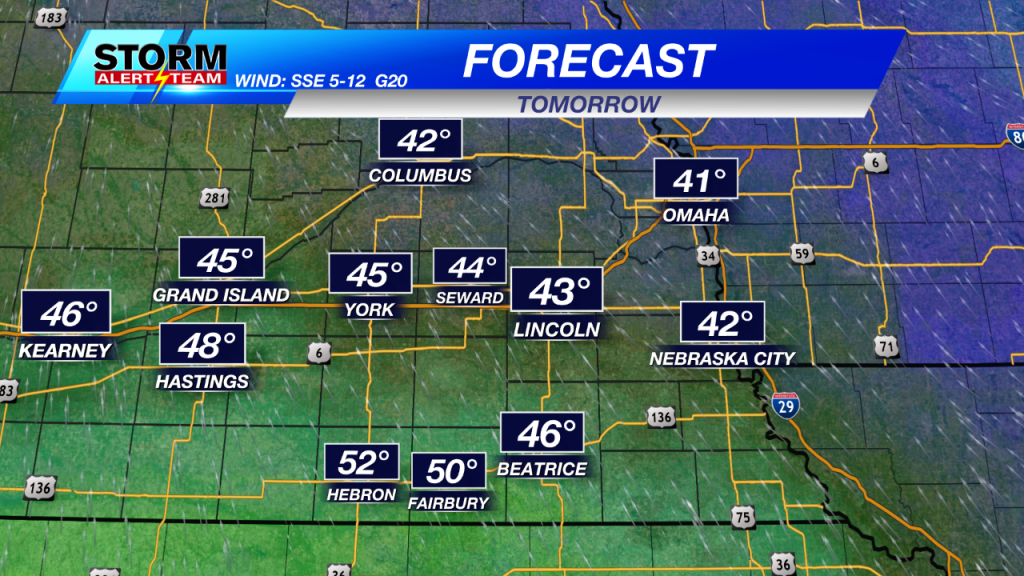 It doesn’t show up well on radar or satellite imagery yet but our next weather system is entering the Rocky Mountains tonight.  It will exit the Rockies by Tuesday afternoon as an area of low pressure at the surface in eastern Colorado. 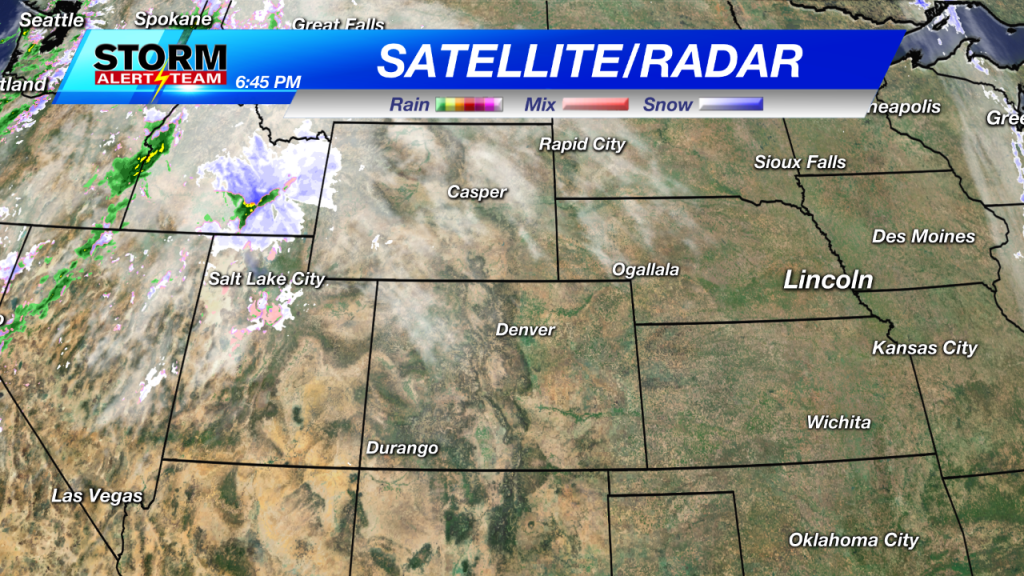 There still remains some question as to what the energy will be like after passing through the mountains, however computer models suggest the low will pass over Kansas, bringing moisture on the north side of the surface low.

We will probably have a few light rain showers entering the area late Tuesday night.  As temperatures drop throughout the atmospheric column the rain will begin to change over to snow.  This system does not have really cold air aloft, or at the surface, so what snow develops may be a very wet snow. 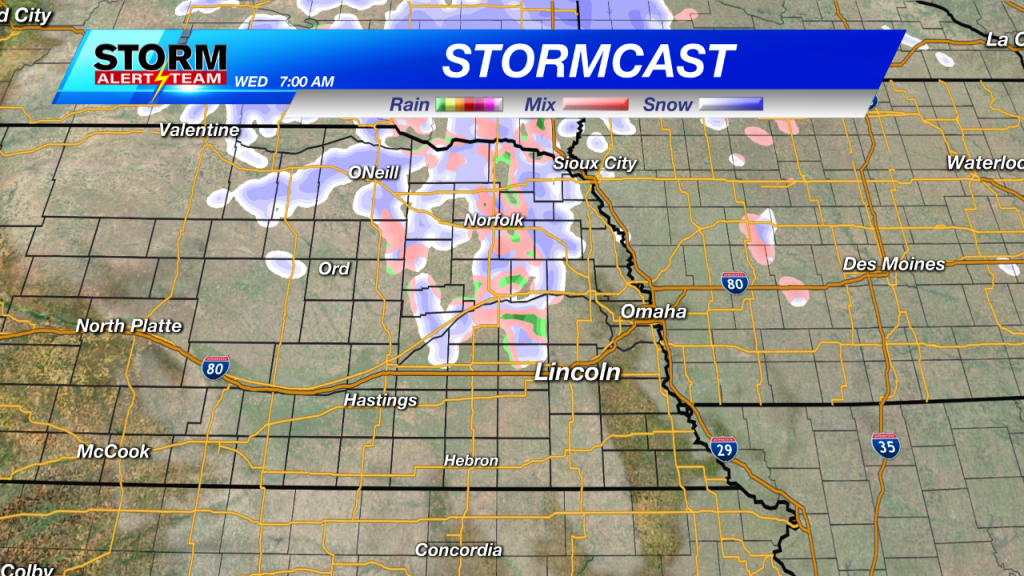 The precipitation looks to be off and out throughout Wednesday.  As colder air aloft strengthens, we will probably see rain on the southern portion of the precipitation shield change over to snow.

At this time this does not look to be a significant winter storm.  Snowfall amounts look to be on the bearish side. 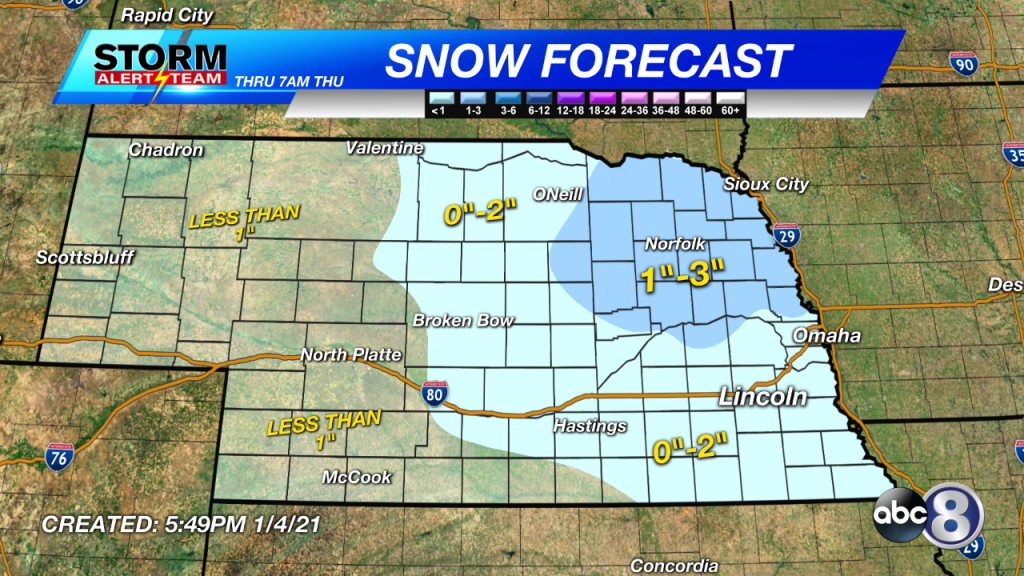 My early thoughts on how much snow will accumulate is in the map above.  Most of Nebraska should be 2″ of snow or less.  In the Lincoln area a 34-computer model average suggests 1.4″.  That number increases to 2.3″ as you go north to Columbus and 2.6″ in Norfolk.

We’ll continue to monitor the situation and update the forecast on the website and on-air over the next 24 hours.