It has been a mixed bag around southeast Nebraska today.  As expected, the precipitation was slow to start in Lincoln while it started earlier in Grand Island, Kearney, and Hastings.

In Grand Island, Kearney, and Hastings it has been all snow.  3″ to 4″ of snow has been reported from Kearney to Grand Island as of 4 p.m. Friday.

For Lincoln it has been mainly rain as temperatures have remained above freezing up to around 800 feet above the ground.  As temperatures cool this evening the rain should change to a mix of rain and snow, to eventually all snow. 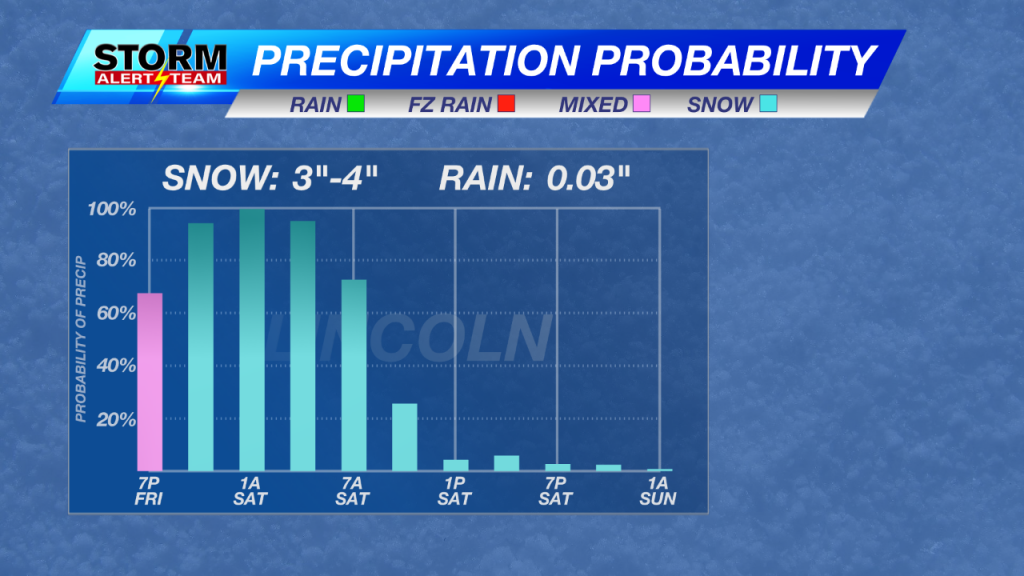 Latest data suggests a 90% to 100% probability of snow falling in the Lincoln area from 10 p.m. Friday through 4 a.m. Saturday.  The snow will likely taper off quickly Saturday morning.

As to how much snow will fall, my thinking has changed little over the last two days.  I still think we are looking at an area of 3″ to 5″ of snow from Kearney to Lincoln to Omaha before its all said and done Saturday. 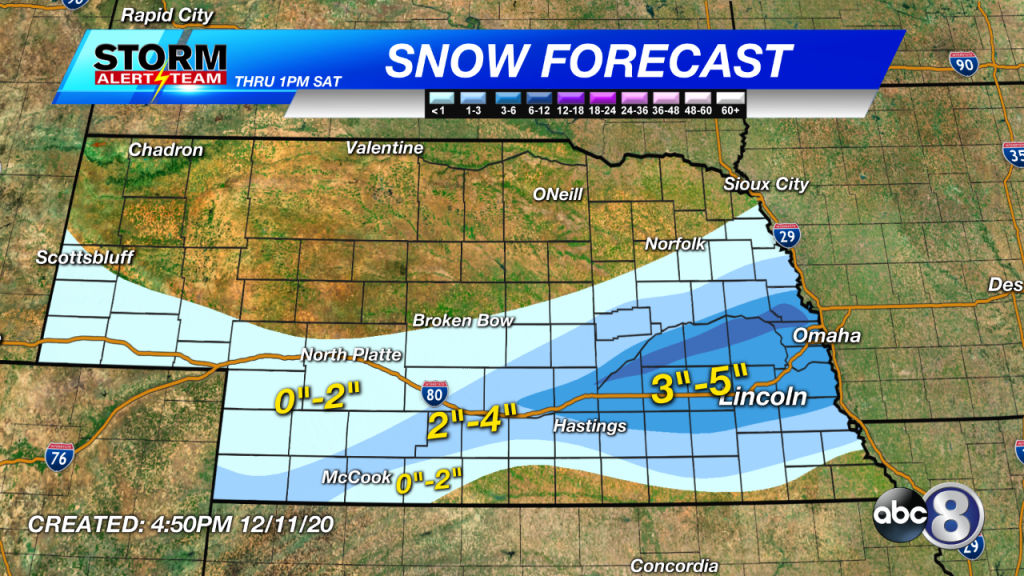 I have included the potential for a narrow band of higher snow totals (5″+) between Lincoln and Columbus. 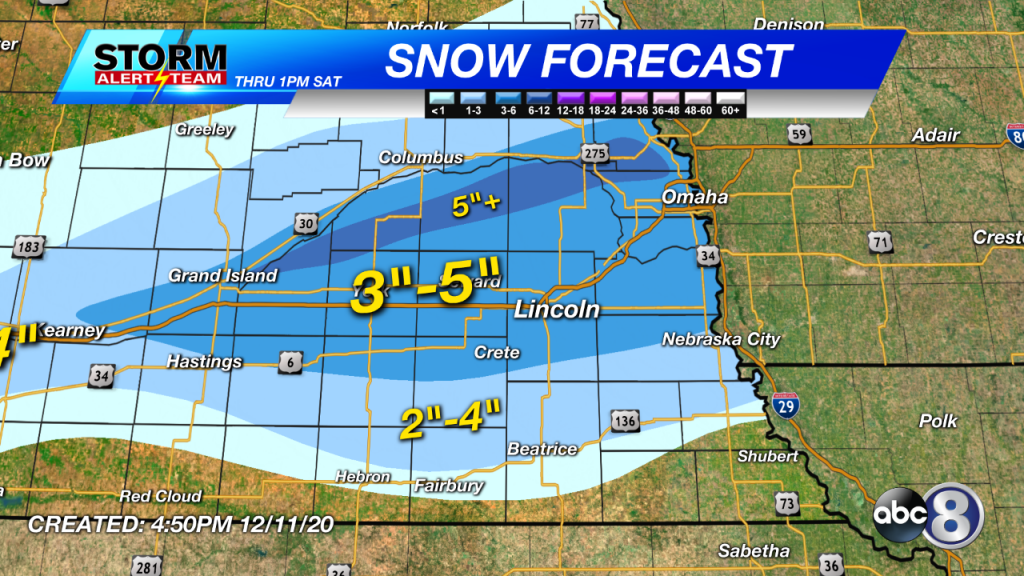 TONIGHT:  Overcast with snow showers.  Lows will be in the middle to upper 20°s.

SATURDAY:  Snow flurries possible through the morning.  Decreasing clouds by late morning turning skies partly cloudy by afternoon.  Highs will be in the lower to middle 30°s. 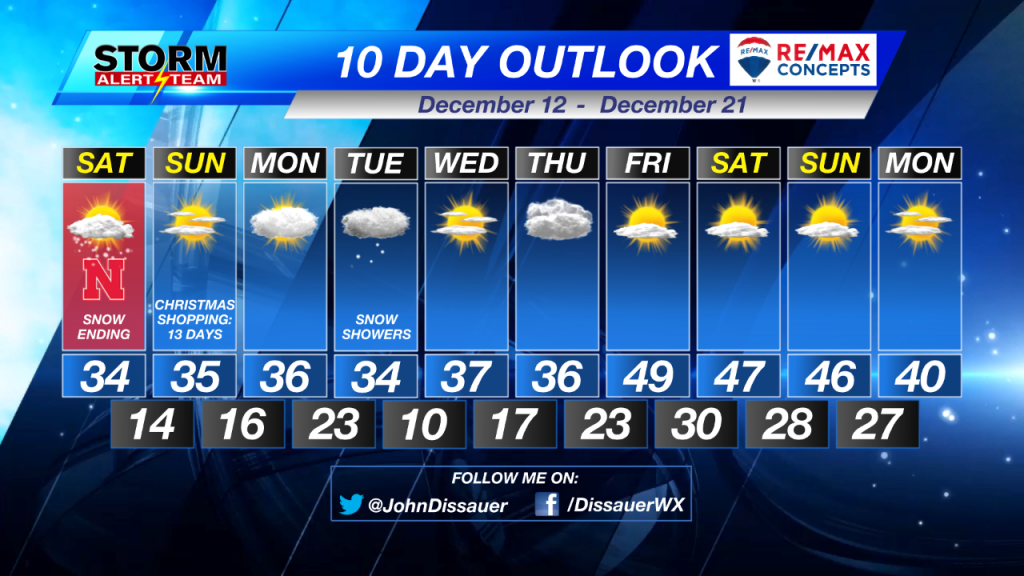 What does 'net zero carbon emissions' mean, and how do we get there?