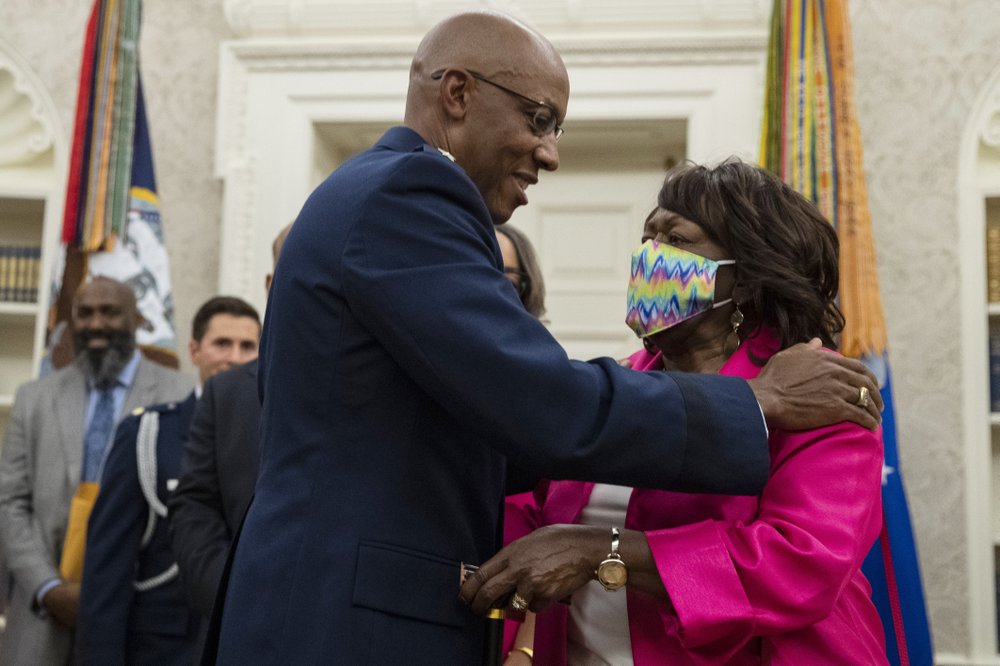 After being sworn in Gen. Charles Q. Brown Jr., as Chief of Staff of the Air Force hugs his mother, in the Oval Office of the White House, Tuesday, Aug. 4, 2020, in Washington. (AP Photo/Alex Brandon)

Vice President Mike Pence administered the oath of office to Brown, who was confirmed by the Senate in June in a 98-0 vote. Trump called the moment “special” and praised Brown, saying, “You’ve had an incredible career and this is a capper.” He added it was an “amazing achievement” and an “incredible occasion.”

Brown told Trump, “It is a distinct honor for me to have this opportunity.” He assumes the post later this week.

Tractor vs Semi: One taken to hospital via StarCare, injuries unknown.