Another chilly start across southeast Nebraska with temperatures dropping to the lower-40s and even upper-30s for some. This is not unusual for this time of year, as average low temperatures in Lincoln are in the low-40s.

The daytime hours on Tuesday will feature lots of sunshine and warm temperatures. High temperatures should top out near 80° in Lincoln. Cloud cover will steadily start to increase on Tuesday evening. Wind speeds will also increase throughout the day, 25-30 mph wind gusts are possible during the late afternoon hours, with a few 30+ mph gusts in the evening hours. 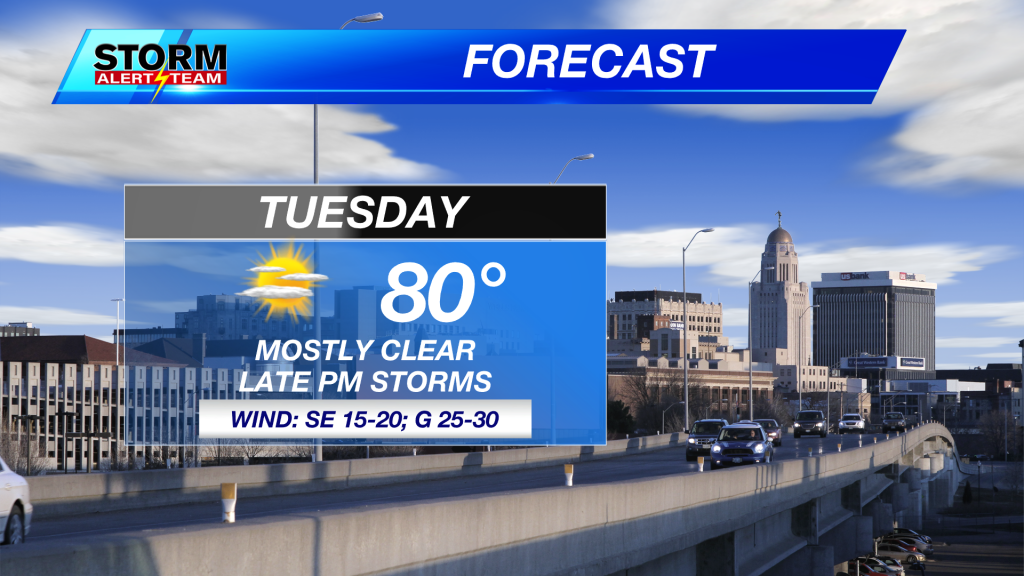 There is a chance for scattered storms late Tuesday afternoon and early evening in central and southeast Nebraska, but the best chance to see any rainfall will be overnight and into Wednesday.

A line of thunderstorms will develop in the southwest corner of the state around 6-9PM. This will affect communities like Grant, Imperial, Lexington, and McCook around that time.

The storms will continue to push east, arriving in the Tri-Cities in the 11PM-2AM timeframe and in Lincoln in the 1AM-4AM timeframe. 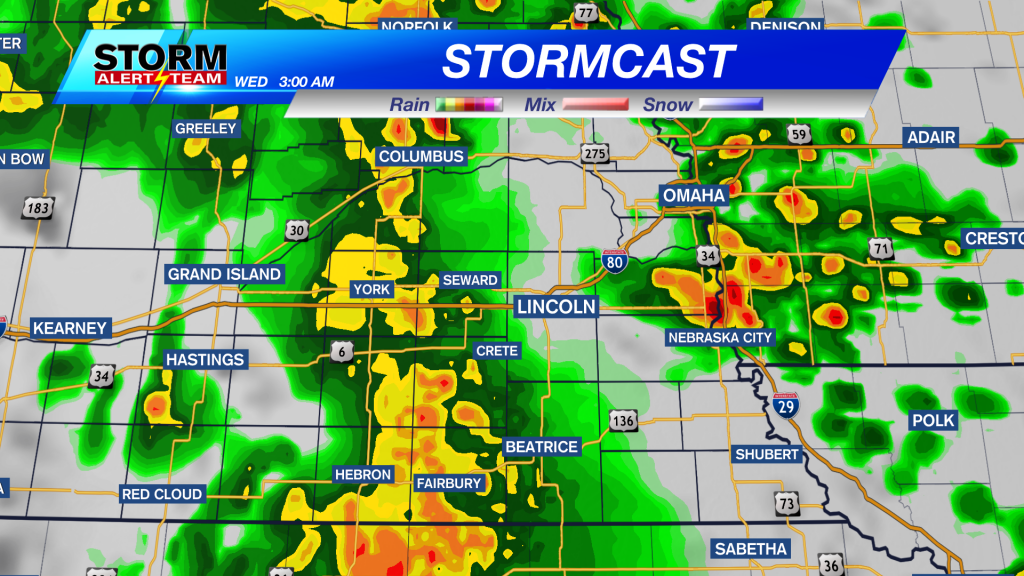 Some of these storms could be on the strong to severe side, with damaging winds and large hail and the main concerns. An isolated tornado cannot be ruled out west of the Tri-Cities, but the tornado risk drops off once the storms pass the Tri-Cities. 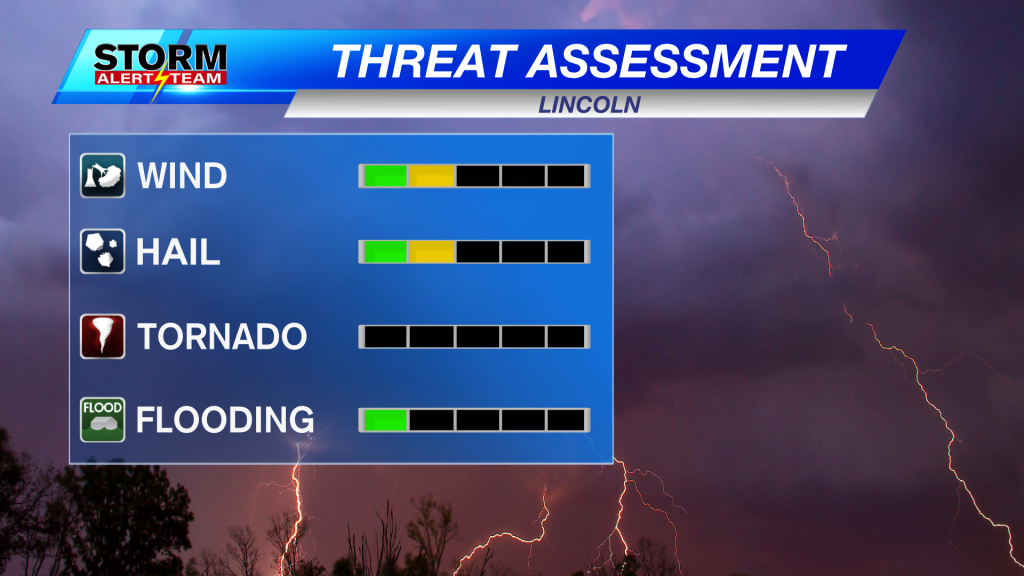 Most of the storm activity will depart southeast Nebraska before the morning rush hour on Wednesday, although there may be a lingering shower during your commute. Needless to say, we’ll be mostly cloudy overnight, with low temperatures on Wednesday morning near 59° in Lincoln. 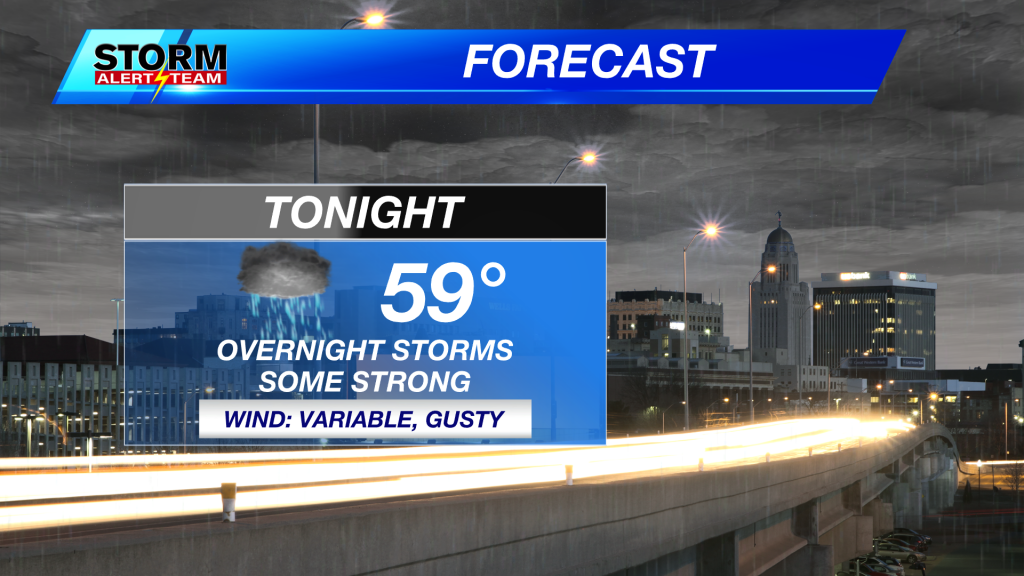 Chief Meteorologist John Dissauer will have an update on Tuesday night’s and Wednesday morning’s storm potential on Channel 8 News at 5, 6, and 10. Stay tuned!