The high temperature in Lincoln for Monday was 31° – and that occurred at midnight! Temperatures were stuck in the 20s all afternoon, making today the first day since February 19th that temperatures remained below freezing for the entire day. 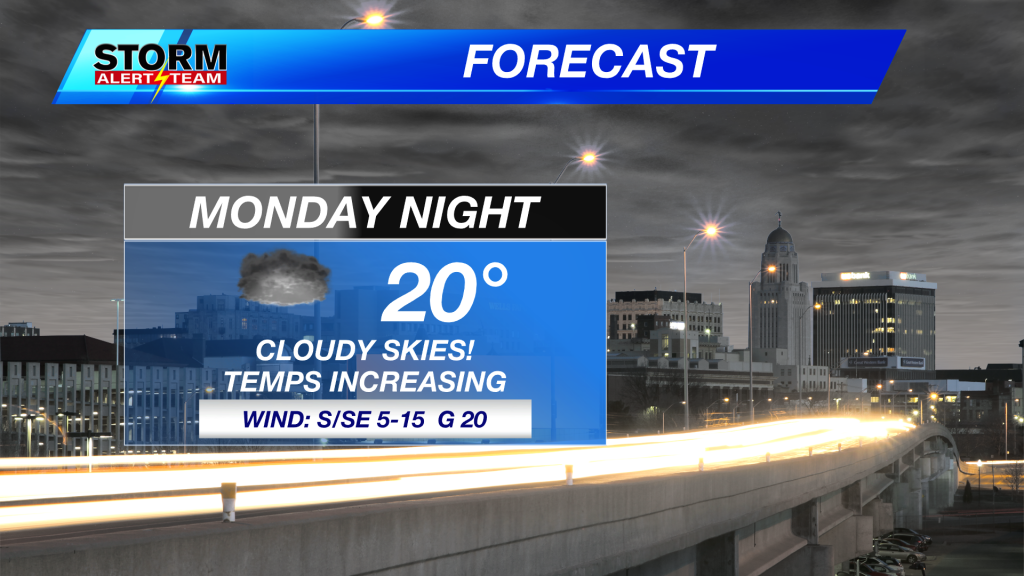 The majority of Tuesday looks mostly cloudy. I anticipate a few breaks in the clouds by late afternoon, but more clouds arrive in the evening to fill in the gaps. We should be slightly warmer on Tuesday. 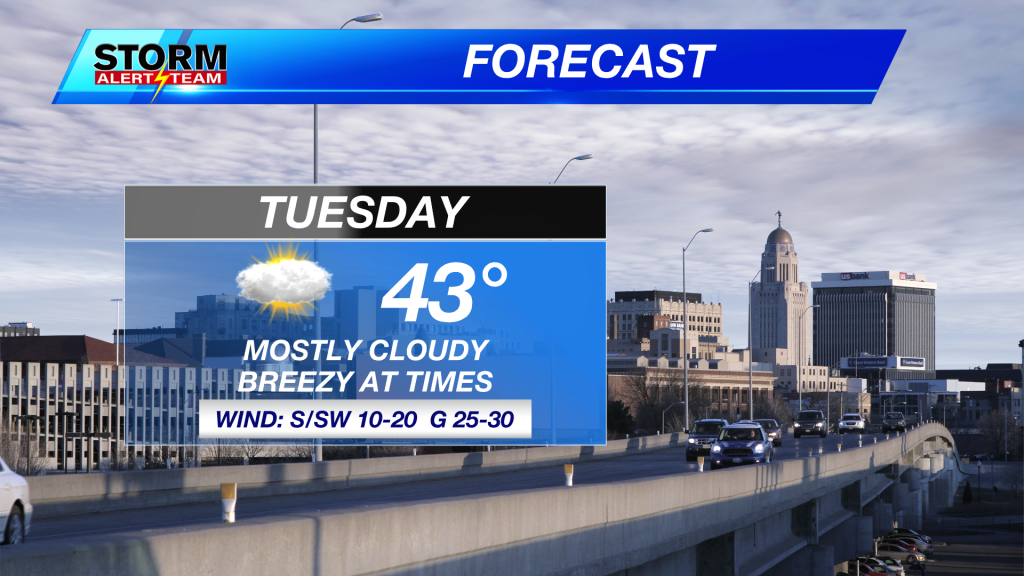 Temperatures turn milder by mid-week where temperatures climb to near 50° on Wednesday and perhaps the middle-50s on Thursday! That said, we have a hiccup on Friday.

We’ve been tracking an upper-level disturbance poised to arrive on Friday. Computer model guidance suggests that some in Nebraska may see some accumulating snow with this system.

That said, forecast models are dancing back and forth between snowier and drier conditions for southeast Nebraska from model run to model run. There are still a lot of unknowns at this point, but here’s what we do know. 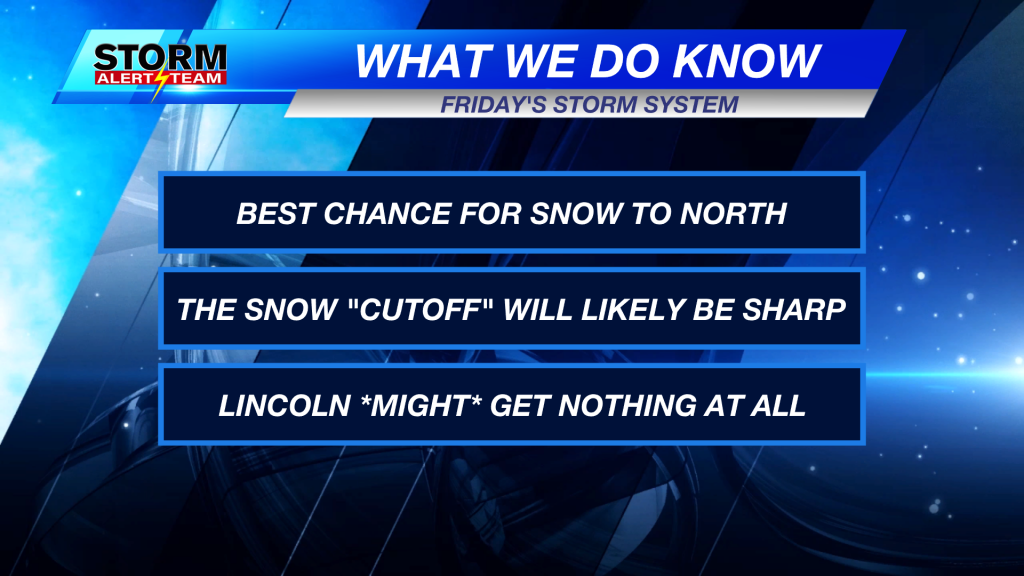 So while it’s not a guarantee that Lincoln will see snow, the chance of seeing snow is not zero. Keep checking back in for the latest updates.

Excessive heat over the weekend

Warmest in 16 years; Hot and humid start to weekend