This is the time of year that our average high is in the upper 60s. However, Mother Nature doesn’t seem to know that because our highs will be in the lower 80s the next couple of days. There’s a storm chance Tuesday night associated with a cold front. After the rain chance, we’ll cool back down for the 2nd half of the week. Looking at that 10 day forecast, we’ll likely stay cool for a while!

For Monday, temperatures (graphic below) will start off in the lower 40s before quickly warming into the lower 80s. The wind will be out of the south at 10 to 20 mph with mostly sunny skies. 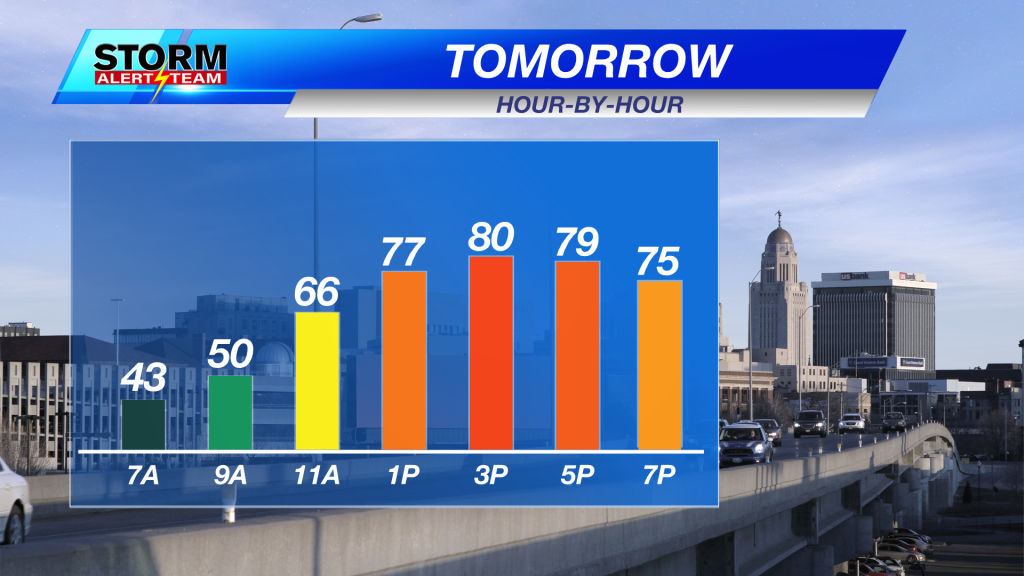 Then on Tuesday, below is the approximate timing storms are expected to move through SE Nebraska. They will try to form just after sunset in in eastern Nebraska, move through the Lincoln area around 10pm to midnight. They will then quickly exit the area. Rainfall amounts aren’t expected to be high for many of us, but if you get under a thunderstorm, you could see brief heavy rain. 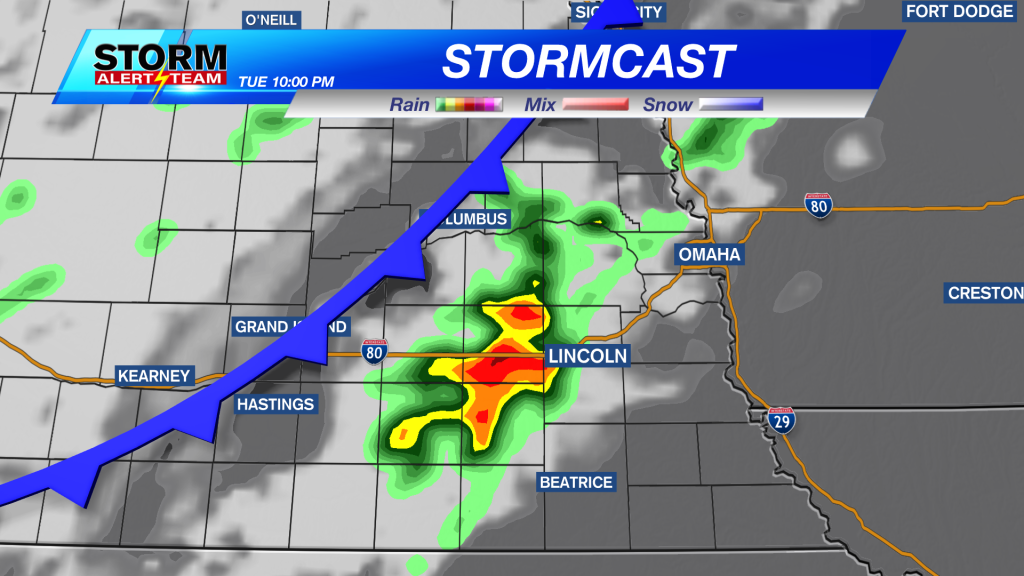