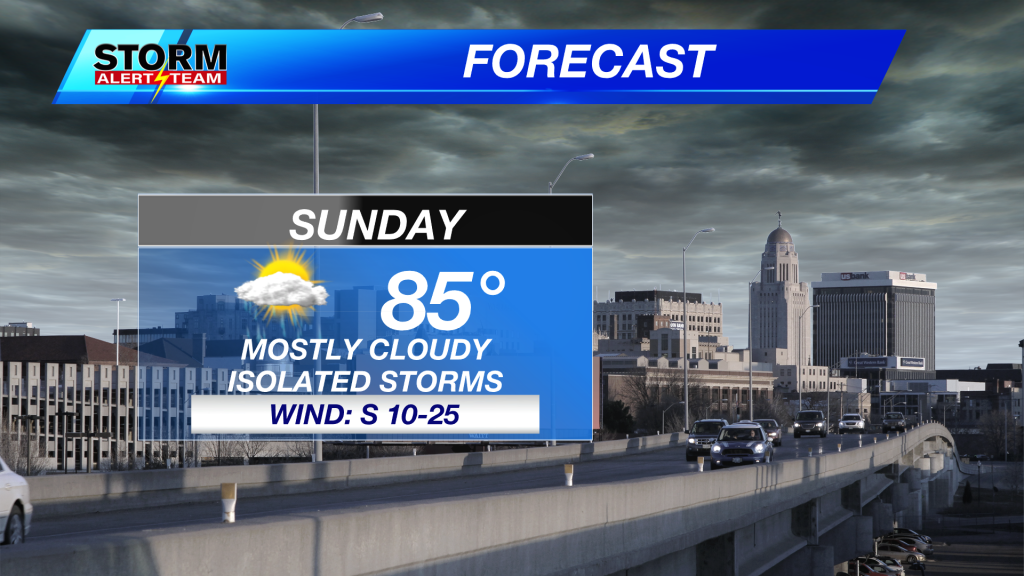 The humidity is here and it doesn’t look like it’s going to be going anywhere anytime soon. High temperatures over the next several days will be in the middle 80s and the dew point will be in the lower to middle 60s.

Showers and storms will be possible on and off on Sunday with the severe weather potential relatively low in eastern Nebraska. Storms will start up later Sunday afternoon in western Nebraska and those do have the potential to be strong to severe. They will move east during the evening hours Sunday and diminishing in strength as they do. They may make it into eastern Nebraska by late Sunday, but they should have diminished in strength by then.

Showers and storms continue to be possible through the first part of next week and severe weather will be possible.