With our last system finally clearing out, sunshine returned to the Capital City. High temperatures on Thursday rose to the upper 30s especially for Lincoln and cities east of Grand Island and south of the interstate.

Although somewhat breezy conditions throughout the afternoon, winds will calm this evening so temperatures can drop into the middle and upper teens. Right about where we should be! 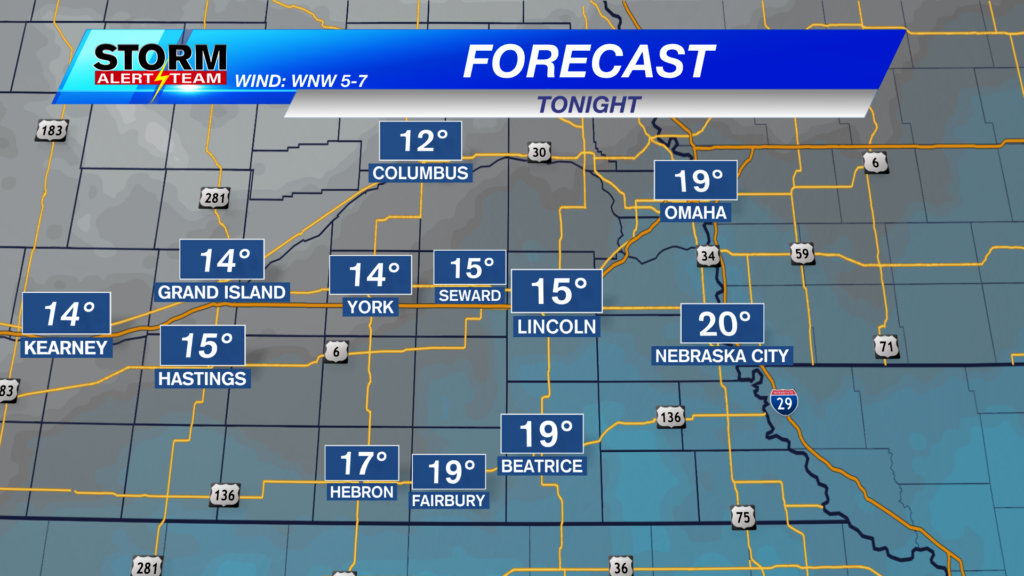 The start of Friday could see some areas of patchy fog especially as south as we are. Dense fog is more likely in northeast Nebraska where more moisture is available as winds calm for a clear night. All of those factors would be better for fog development there, but it is possible that we could see fog in the morning, too.

Other than that, the fog will burn off, and we’ll be left with mostly sunny skies for the end of the work week. Highs in the lower 40s will be above average with light winds throughout the day. 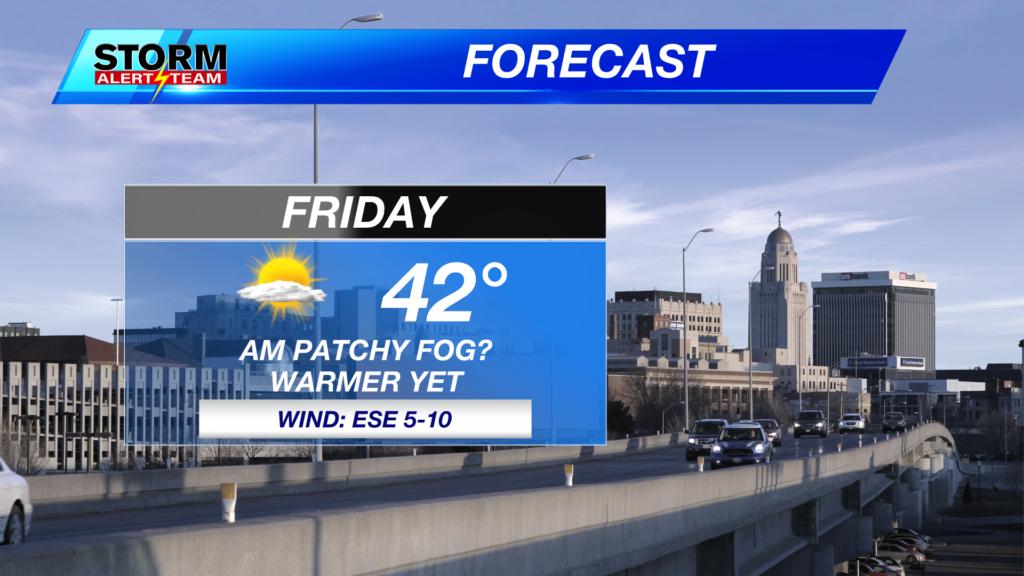 Ahead of our next system, increasing cloud cover will eventually happen by Friday night. However, as we look into this system, the track seems to be more to our south. That ultimately results in very small chances to see much of anything. Flurries sure, but measurable snowfall is likely out of the picture.

In all, the moisture and dry air could be enough this time for us to see barely any precipitation or snow. A quick Stormcast capture (below) during the morning hours Saturday barely show flurries for southeast Nebraska. Again, not expecting a whole lot. 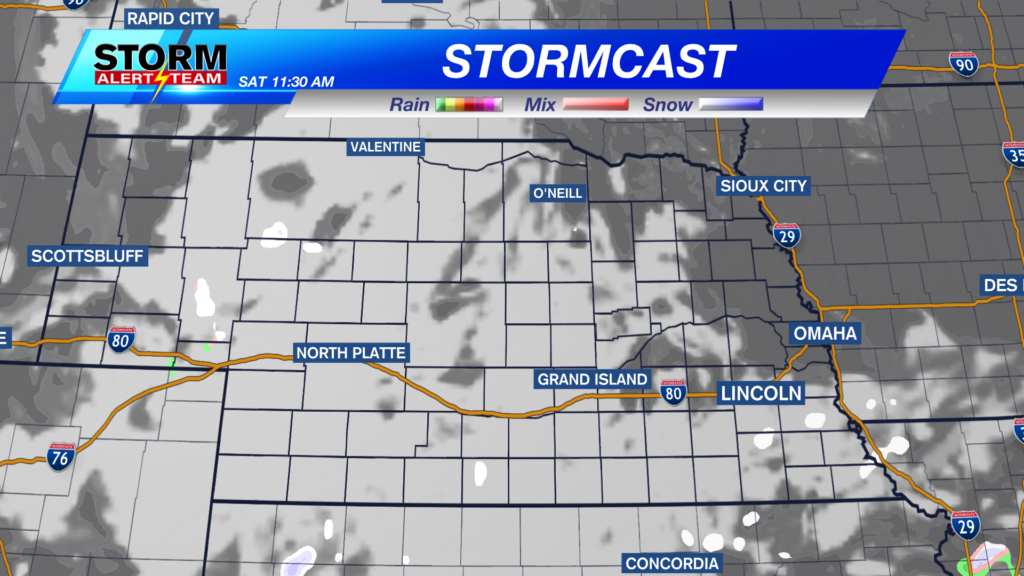 But, speaking of snowfall, we have much of the winter season still to go. Lincoln has only recorded 1.6″ through the beginning of January. However, most of our snowfall can come from February alone so we shall see. Outlooks through the middle of January are quiet for now. 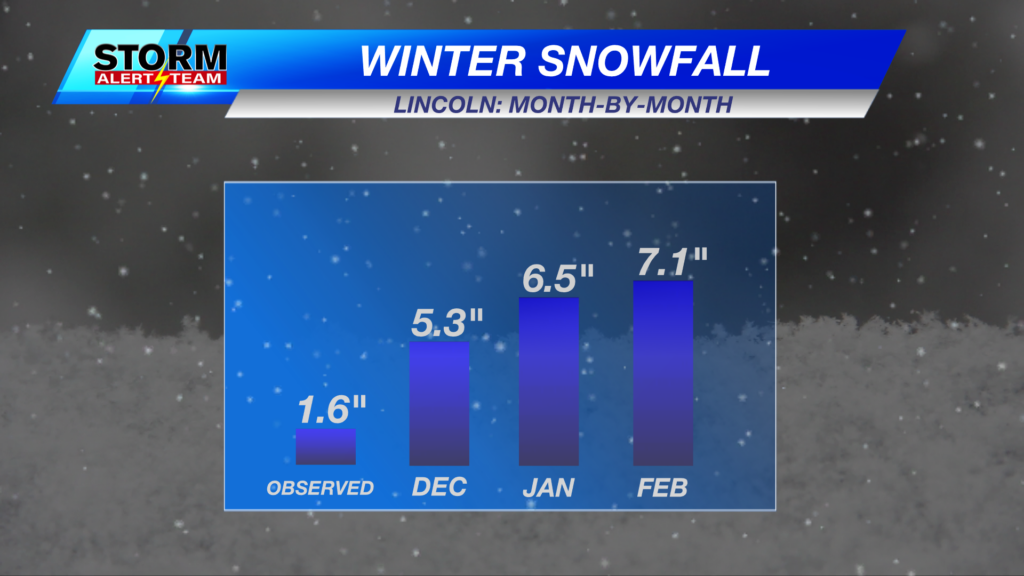 Besides Saturday’s weak system, we will be quiet through the beginning of next week. Temperatures mostly in the 40s with a few 30s sprinkled in, too.