After a chilly end of the week, temperatures are going to bounce back quickly. We’ll see highs on Saturday close to normal (middle 50s), but we don’t stop there. Highs on Sunday and Monday will be in the lower 60s and highs on Tuesday and Wednesday will be in the lower 70s! Along with those warmer temperatures, we’ll see a chance for some rain showers. After the 70s, we start to head downhill and it will get cold around here by the end of next week. 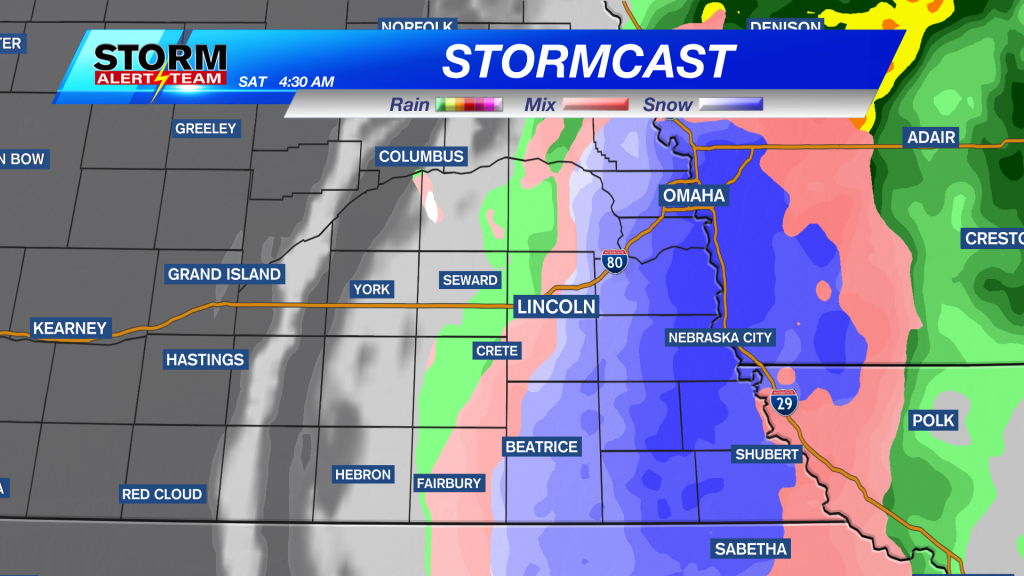 For early Saturday morning, we will see a mix of rain and snow from just after midnight through sunrise. Snow will try to accumulate, but rain will constantly try to mix in and any snow that does fall will try to melt quickly. Accumulations will be hard to come by. 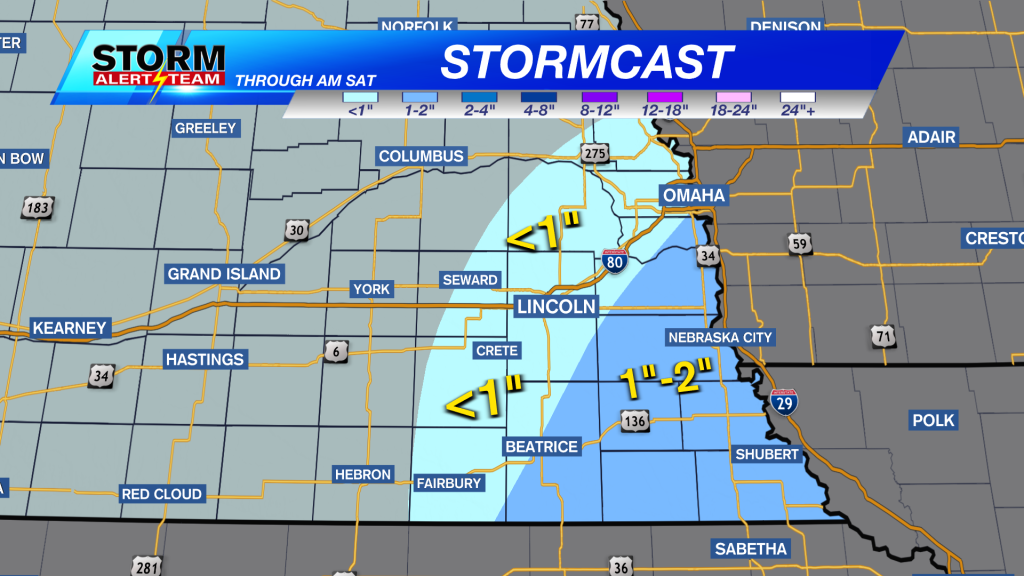 The best chance for snow to stick will be in extreme SE Nebraska where an inch or so will be possible. It will all be gone by the afternoon. 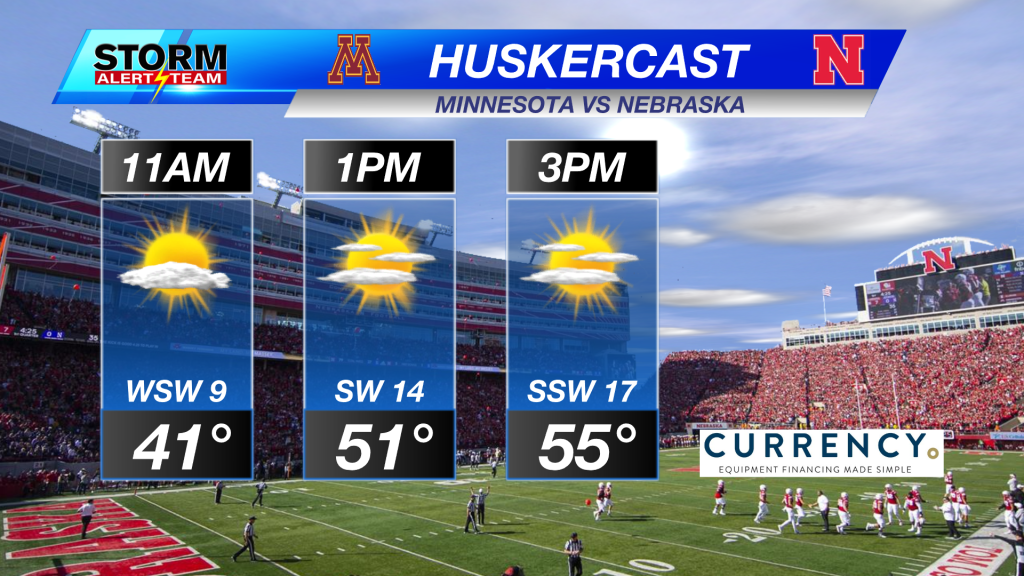 For the game on Saturday, kickoff is at 11am and it’s going to be a little chilly but the sun should be coming out. We’ll eventually see mostly sunny skies by the end of the game with temperatures very close to average. The wind will be out of the SW at 10 to 20 mph. 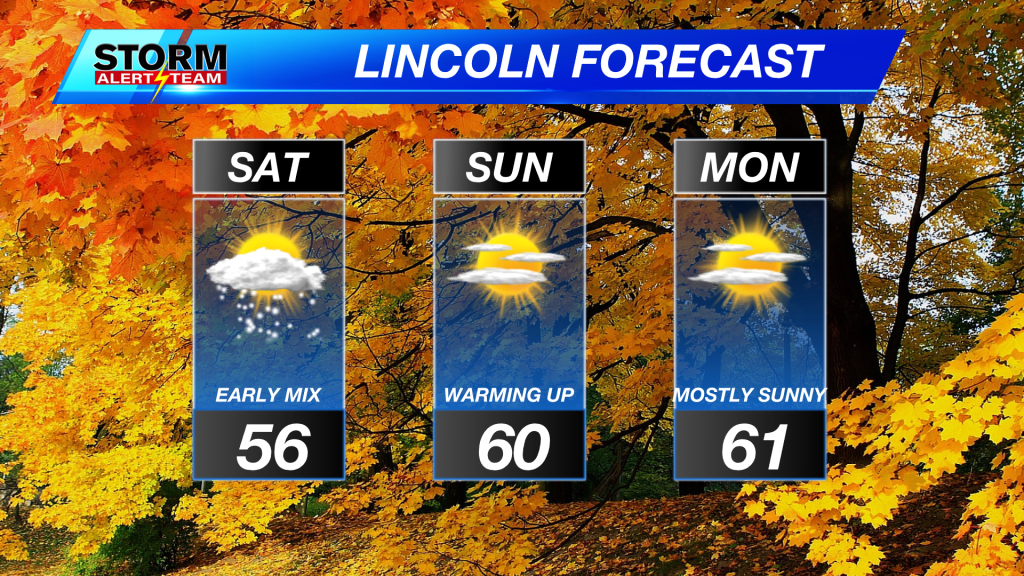 After the very early morning mixed precipitation chance, we’ll see the sun come back late Saturday morning. The clear skies will stick around through early next week. Temperatures warm up to above average on Sunday and Monday!