Some patchy fog has formed in parts of southeast Nebraska this morning and it is lowering visibility. Watch out for the fog during your morning commute and use caution. Temperatures are currently sitting in the 50s and 60s across the area with mostly clear skies and nearly calm wind speeds. The mostly clear skies will stick around into the afternoon and evening, so make sure to keep your sunglasses with you today! High temperatures will be a tad bit warmer today as the wind returns out of the south. Most of southeast Nebraska will see highs in the upper 80s with sticky conditions. The 90s return just in time for the holiday weekend with dry conditions. The Fourth of July is still looking dry overall with a very small chance for rain as of now. By the time firework shows start, temperatures will be in the low 80s and upper 70s. 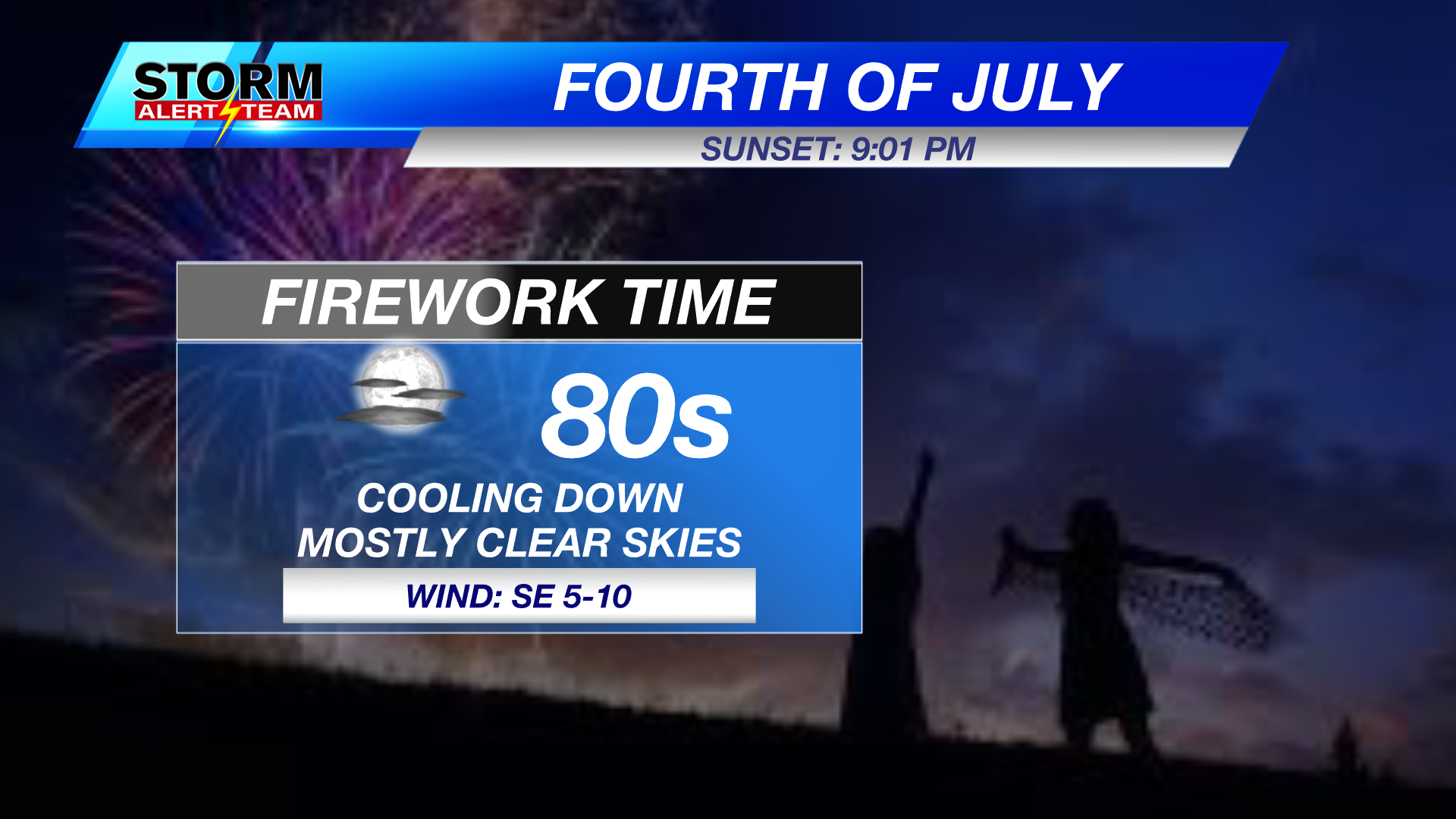