A cold front will pass through southeast Nebraska Tuesday morning through early afternoon.  Before the front passes, areas south of a line from Omaha – Lincoln – Hebron will climb to the 40°s.  For those north of the line, temperatures will likely not make it out of the 30°s. 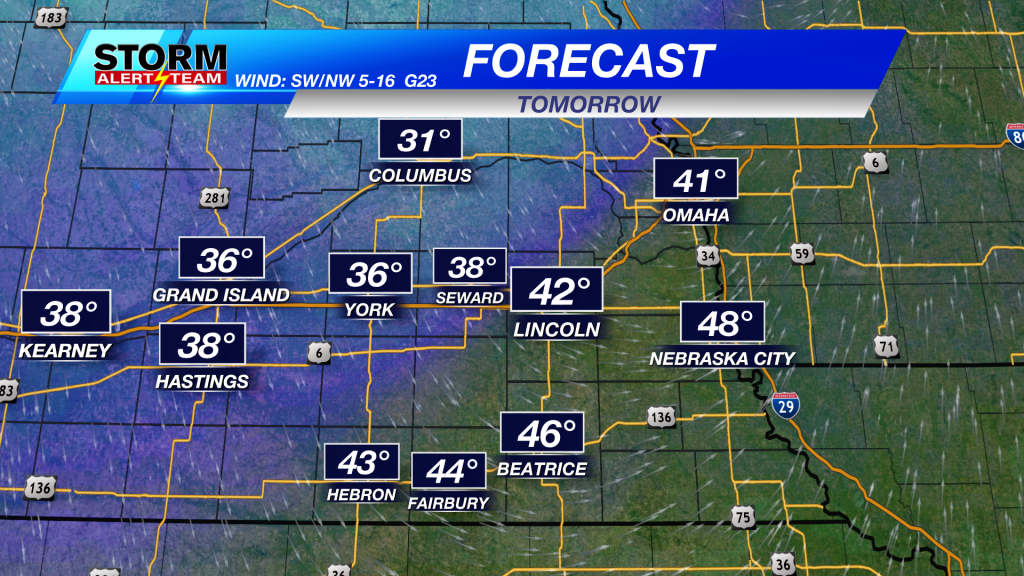 Winds will increase and turn out of the northwest once the front passes.  Winds could gust 20-30 mph through late afternoon.

TONIGHT:  Mainly clear skies.  There could be a few clouds by daybreak.  Lows will be in the 20°s.  Lincoln Low Temperature: 28°

If you thought this month has been warm you are correct.  Already this month we have had seven days reaching 70° and one day reaching 80°.

The average temperature in Lincoln is running 9.9° above normal for the month.  That makes this the warmest start to November (to date) in four years.  This November also ranks 9th warmest since weather records began in Lincoln (1887).