October is one of those months that just about anything can and usually does happen. After record low temperatures earlier this week, we have a chance at seeing record highs over the weekend! After the warm air Friday, Saturday, and Sunday, a cold front rolls through, gives eastern Nebraska a severe weather chance, then much cooler air pools in for next week.

For Friday (above), temperatures are going to start off a little above average, but we warm up quick. Highs will try for 80 degrees by the afternoon! 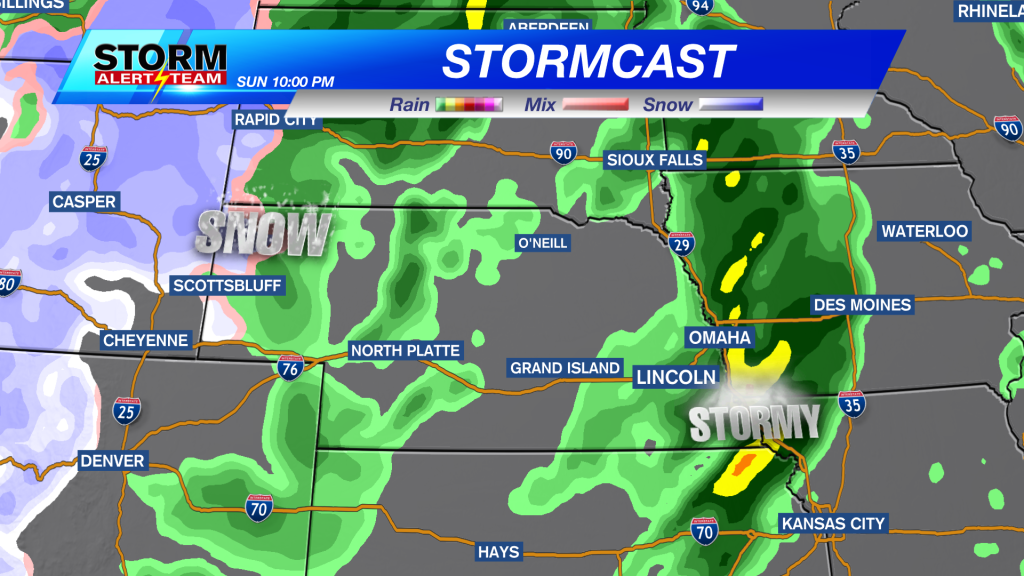 Fast forward to Sunday and there is going to be a lot of wind, temperatures in the upper 80s (which would be record high territory), and then a chance for severe storms. A cold front is going to move across the state and by Sunday evening, there is going to be a chance storms form and if they do, they could get strong to severe. On the other side of the state, snow will try to move into the panhandle. This could be the state’s first significant snowfall of the year! 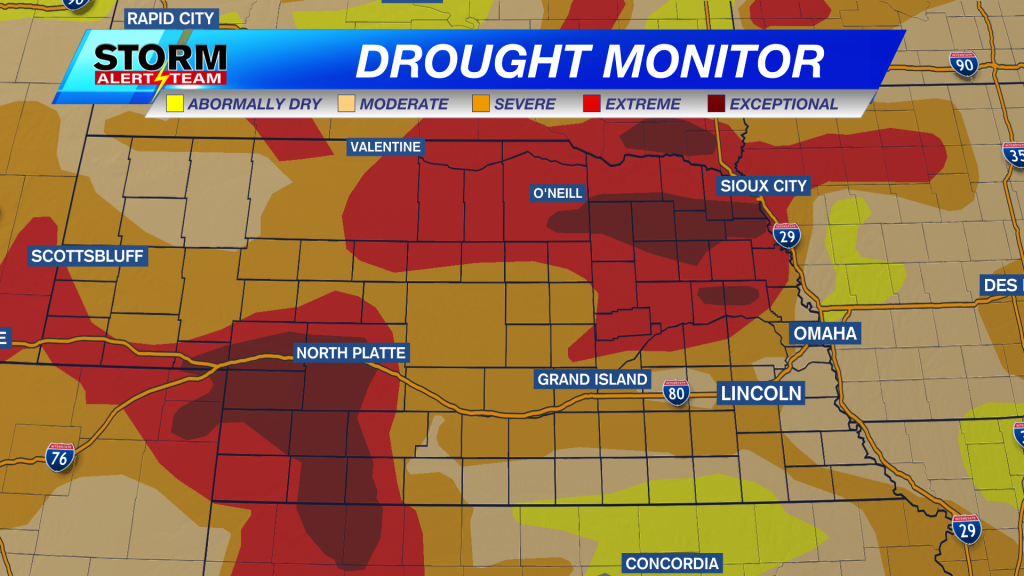 Any kind of precipitation will be welcome for most of the state. The latest Drought Monitor (above) has been released and the Extreme to Exceptional drought areas have expanded.