As Thanksgiving wraps up, many may be turning their focus towards grabbing the deals of Black Friday that start early. In terms of what you can expect for the forecast early tonight and into Friday morning, mostly clear skies will allow temperatures to drop into the lower 20s. It’ll be a chilly start for those waking up before sunrise. Winds will eventually shift later in the day to usher in upper 50s for a daytime high. 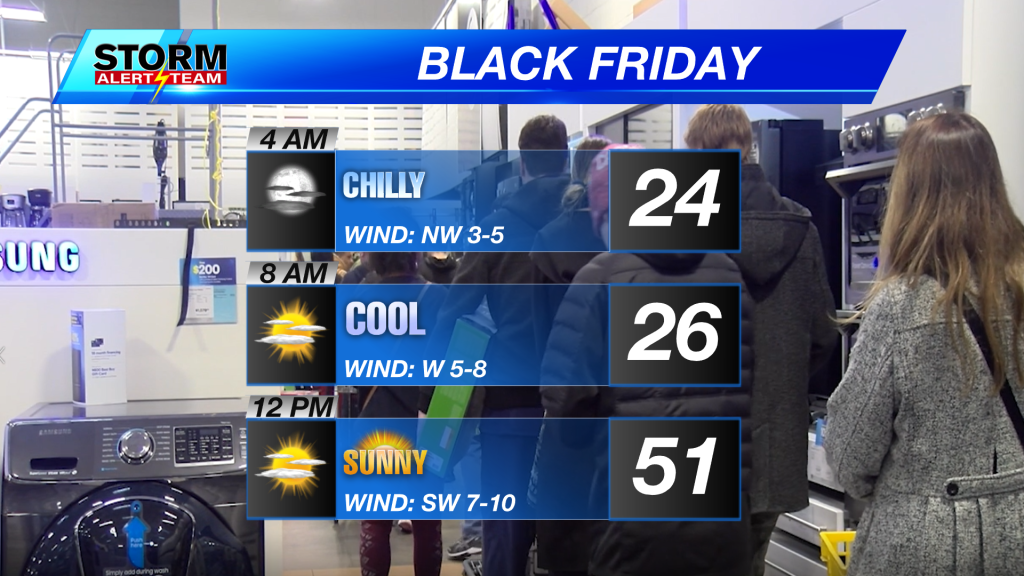 Along with Black Friday shopping, there is a large slate of college football lined up for the day after Thanksgiving. Nebraska will face Iowa in Iowa City (forecast below for Iowa City) with temperatures in the low 50s by kick off and plenty of sunshine. Once the sun sets, temperatures will cool into the lower 40s and upper 30s by the end of the game with light winds out of the southwest. 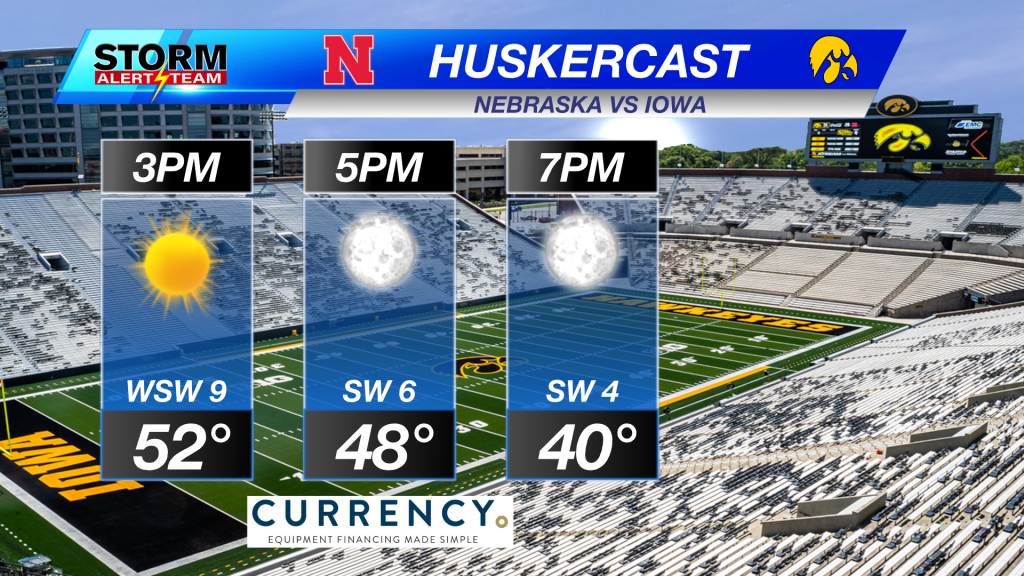 A slow-moving system currently in the southern Plains will give us and areas off to the south and east the brief chance to see some showers Saturday into Sunday. That system will lift up to the northeast bringing more cloud cover that will be swept away by another boundary from another system, bringing cooler air on Sunday. 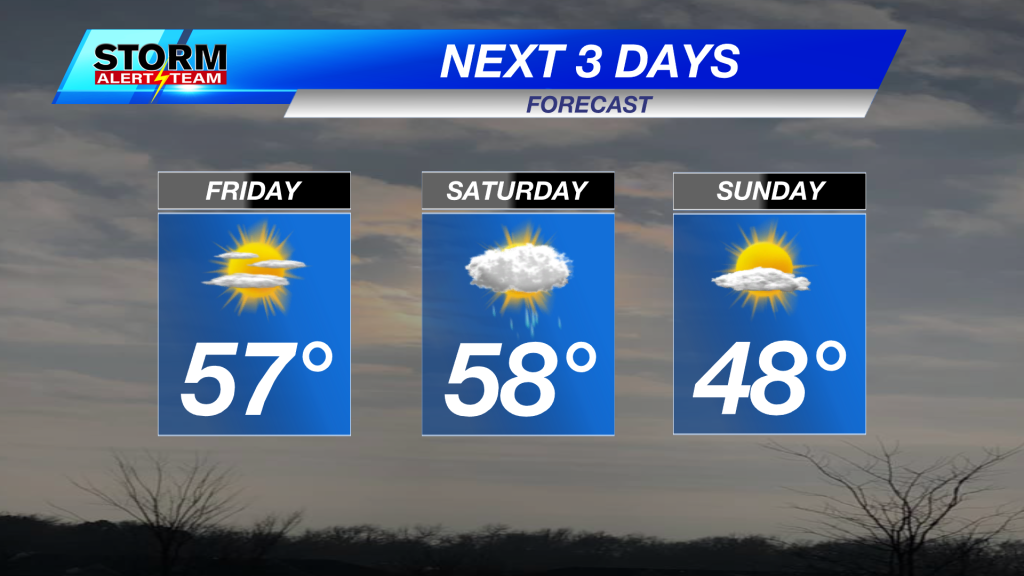 Again, the best chance to see some measurable precipitation is looking to happen by the middle of next week. A stronger system originating over Canada could push a mixture of rain and snow through southeast Nebraska, sending temperatures back into the 30s.