High temperatures were in the low to mid-80s for many on Thursday, and skies remained clear. You may have noticed some haze in the sky as wildfire smoke overspread Nebraska yet again. It’s important to note that this smoke was not close to ground-level, but was in the upper levels of the atmosphere.

Skies will remain clear Thursday evening and overnight. Low temperatures will be slightly warmer compared to previous days – near 58° in Lincoln. 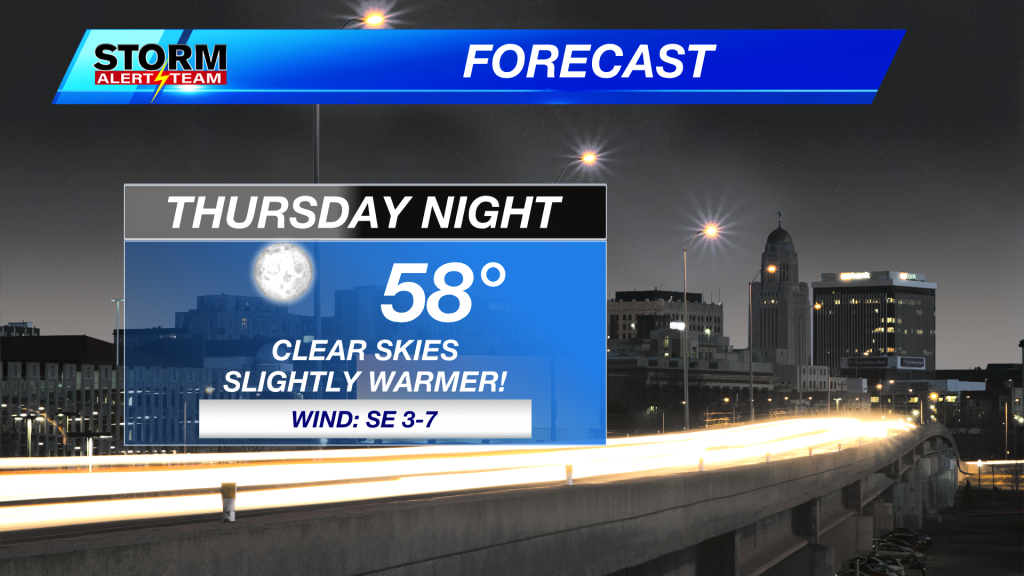 However, Thursday marks the last day of comfortable air before the humidity returns. It’s hotter and more humid on Friday afternoon with clear skies. Temperatures should manage to get into the low-90s in Lincoln. Wildfire smoke will continue to give the sky a hazy appearance on Friday. 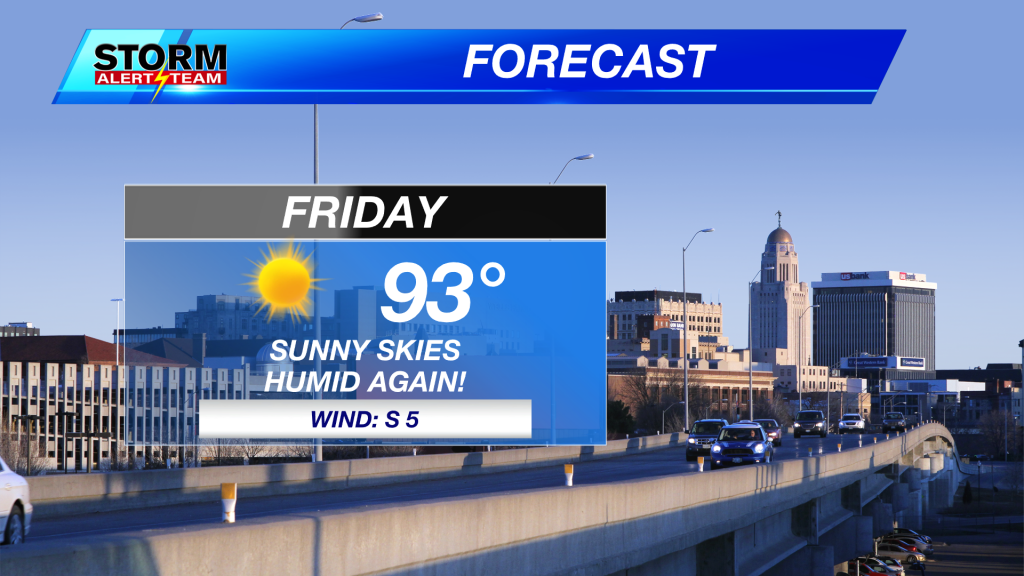 It’s looking like a sweaty one for all of the high school football games on Friday night. Our Game of the Week is Crete vs. Seward. Temperatures will likely be near 90° around kickoff and drop to the low-80s by the final whistle. Conditions will remain dry for all Friday night football games across southeast Nebraska. 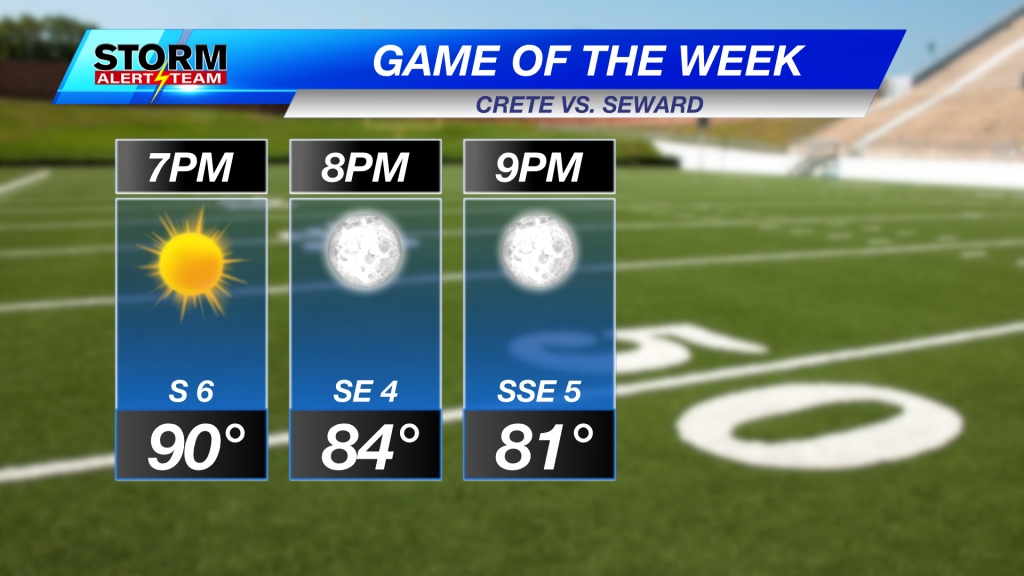 Saturday looks even warmer with high temperatures approaching the upper-90s in some spots. We’re forecasting a high of 97° in Lincoln – just two degrees away from the record high of 99° set back in 1895.

The intense heat and dry weather is short-lived as a disturbance arrives early Sunday. This will allow for small rain chances to reenter the picture starting Sunday.

I want to emphasize the word “small” in “small rain chances.” While there will likely be a few showers on the radar on Sunday, I’m hard-pressed to think that everyone will receive rain. At least for now, we’re remaining dry.