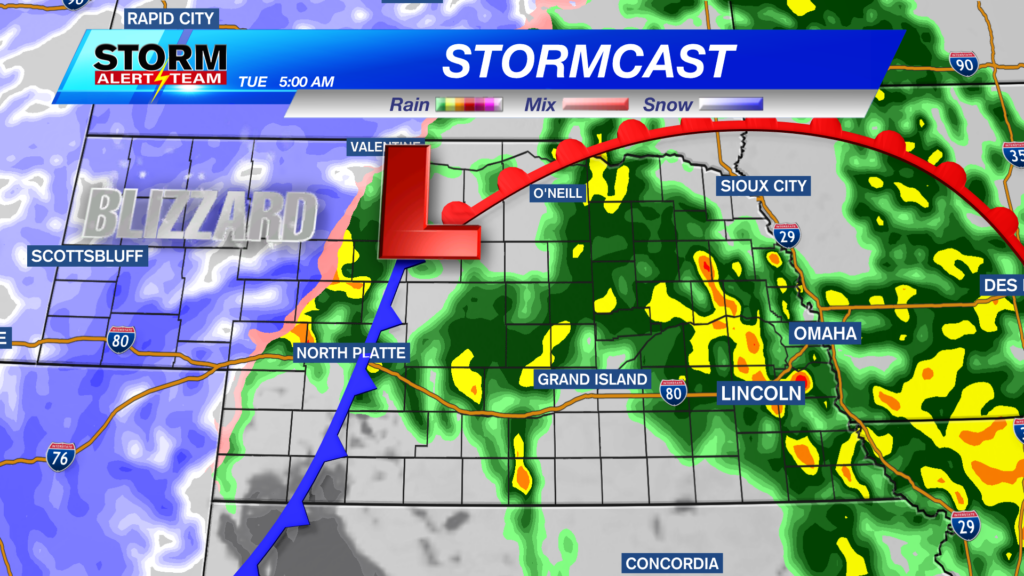 A storm system is taking shape and will bring rain and snow to Nebraska starting tonight and lasting through much of the week. Rain is more likely for central and eastern Nebraska. Snow and wind is likely for the western half of the state. A blizzard looks likely into the panhandle. For central and eastern Nebraska, a quarter to half inch of rain is possible along with a lot of wind.

Rain is likely to start up this evening for central and eastern Nebraska and last through at least the first half of Tuesday. Snow will also begin tonight in western Nebraska. 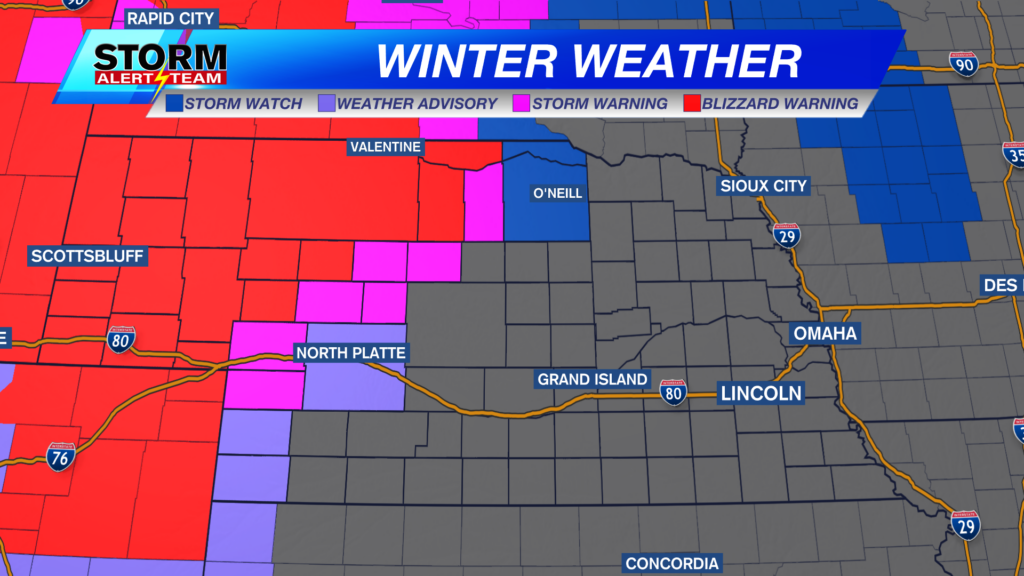 Because of the snow and wind potential, Blizzard Warnings, Winter Storm Warnings, and Winter Weather Advisories are in place through the middle of the week. East of these weather headlines can expect just rain at first, but some light snow will try to mix in eventually. Accumulations will be minimal in these areas. 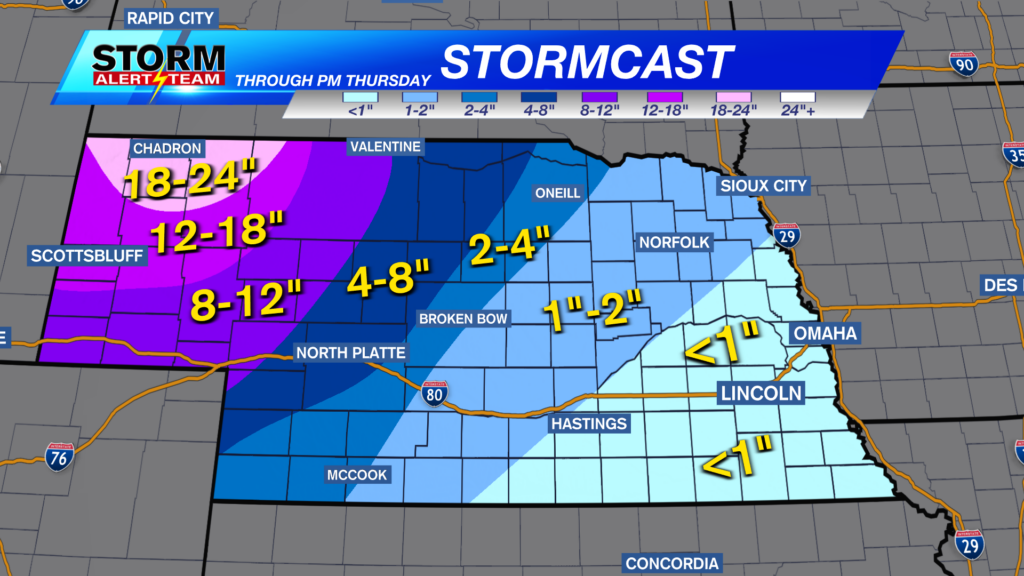 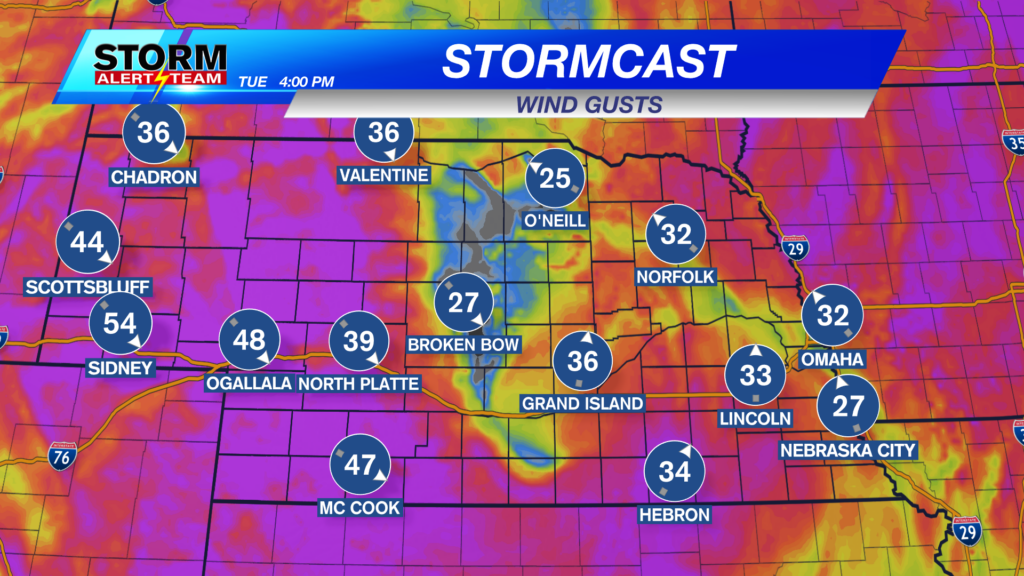 Wind gusts will become an issue on Tuesday. We will all see wind gusts above 25 mph, but it will be significant where snow is more likely. In fact, 35 to 55 mph wind gusts for the panhandle will be possible. For the rest of us, 25 to 50 mph wind gusts are possible during the day Tuesday. 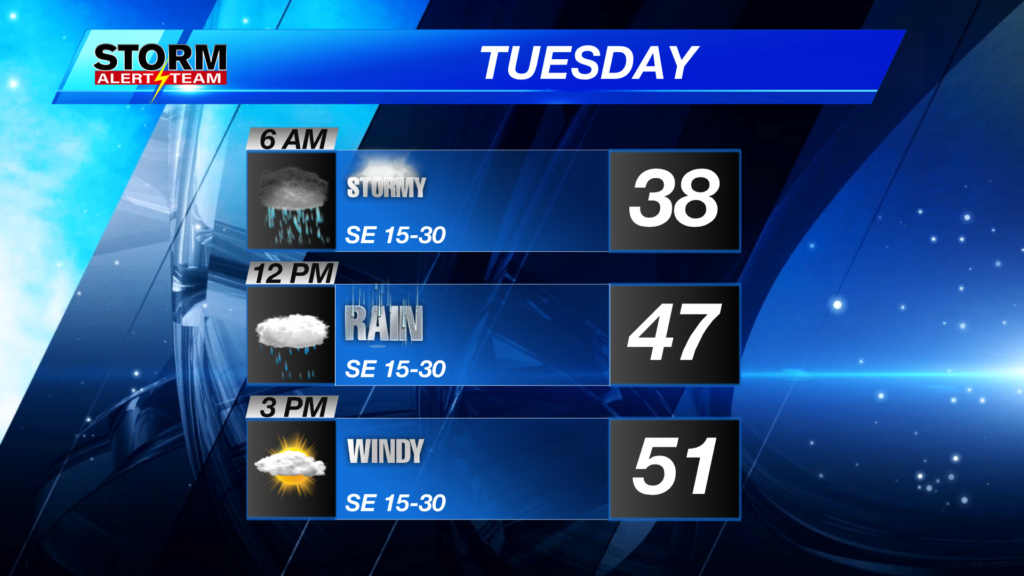 For Lincoln and SE Nebraska on Tuesday, storms are likely to start the day with rain lingering into the early afternoon. The sky will try to clear out briefly in the afternoon and temperatures will warm up fairly quick. Highs will be in the lower 50s, which will be the warmest we’ll be for the next several days, possibly weeks.