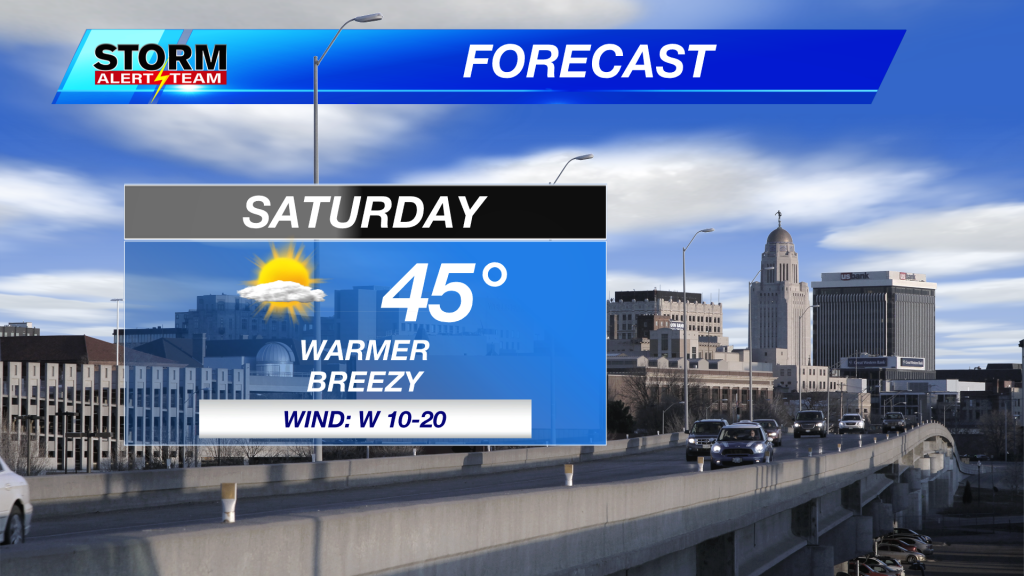 After several days of below average temperatures, we finally get a day to thaw out a bit. And it’s on a Saturday! Temperatures will be in the middle 40s, which is 10 degrees above average, but it will be a little breezy with a southwest to northwest wind at 10 to 20 mph.

We do cool back down on Sunday with mostly sunny to partly cloudy skies, the highs will only be in the lower 30s. We bump back up a little by next Monday with highs in the upper 30s, then eventually the upper 40s by Tuesday. In fact, we’re looking at some lower 50s by the middle of next week!

Precipitation chances are small over the next several days. The next best chance looks like it will hold off until the end of next week.

Warming in to the weekend