The heat is coming back our way as we head into the second half of the work week. 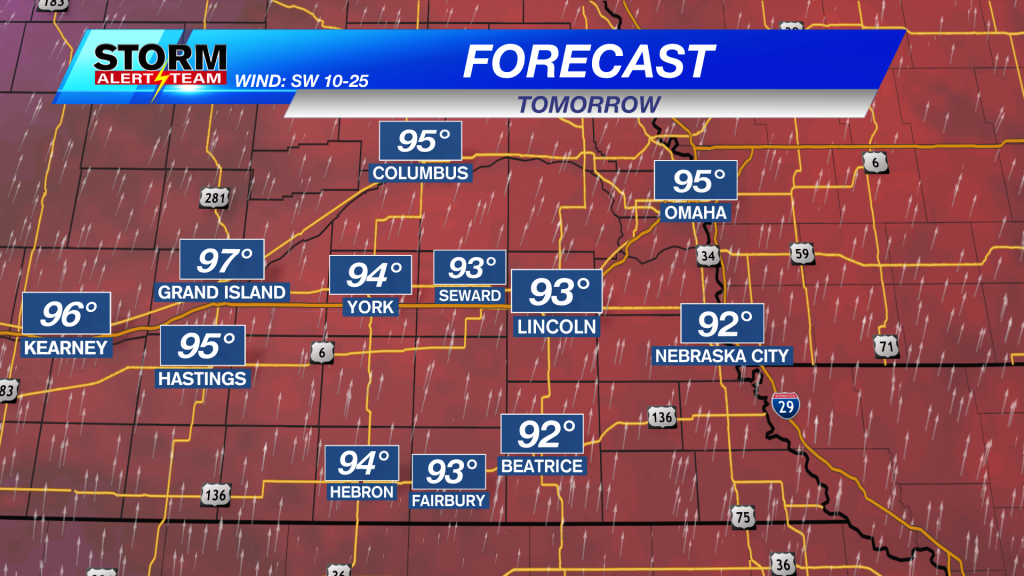 While the heat will be back on Wednesday, the humidity won’t be terrible. The dewpoint is expect to get into the upper 50s and lower 60s, so that won’t create too much of a heat index. The wind, however, does pick up a little and will be out of the SW at 10 to 25 mph.

The chance for some showers and thunderstorms moves into the forecast for late Thursday and then on and off into the holiday weekend. Timing for the Thursday night storms would be after sunset in eastern Nebraska.