Monday was a scorcher across Southeast Nebraska. High temperatures were in the upper-90s in Lincoln with the humidity making temperatures feel over 100°. Aside from a few isolated showers and storms in southern Nebraska on Monday morning, most of the day was dry.

We will not rule out the potential for a few isolated showers overnight Monday and into Tuesday morning. As is the case with most summer days where there are isolated rain chances, these will be hit-or-miss. Some might see a brief shower, but most won’t. We’re otherwise dry under mostly clear skies with low temperatures dropping to around 72°. 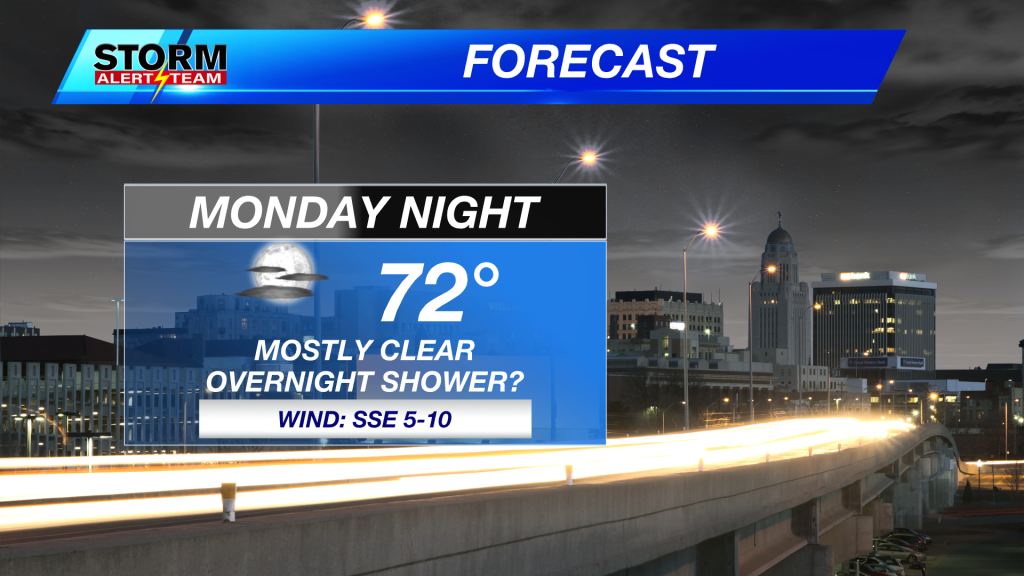 If you like heat and humidity, you’re in luck – it’s here to stay! The mercury should climb to the upper 90s to near 100° on Tuesday. Factor in the humidity, and we’re dealing with heat indices – or the “feels like” temperature – near 107° in some locations during peak heating on Tuesday. This has prompted a Heat Advisory for the orange shaded counties which goes into effect at Noon Tuesday and lasts until 8 PM Tuesday. This includes Lincoln and Beatrice. 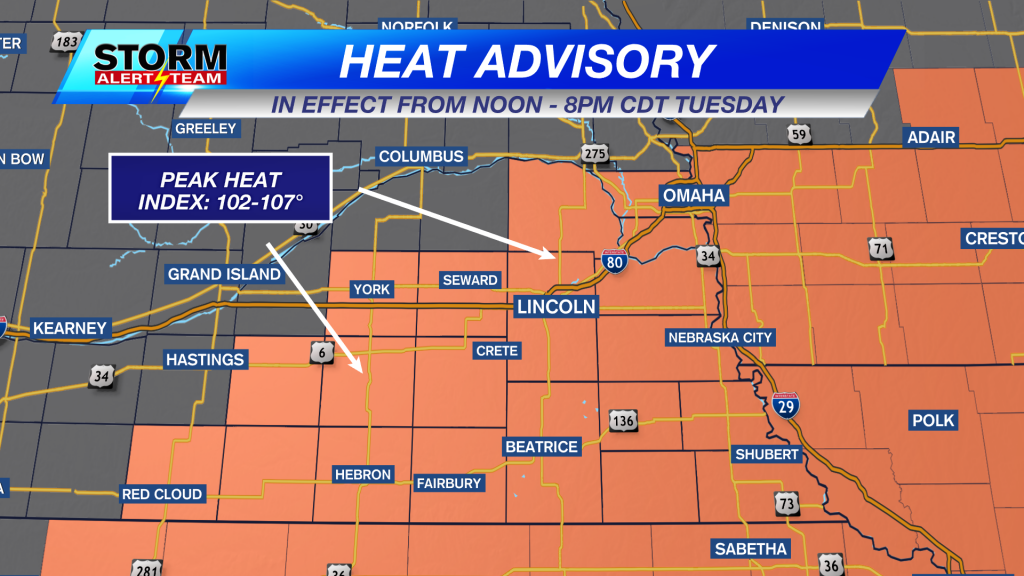 Mostly clear skies and dry conditions will help high temperatures soar. We’re forecasting a high of 100° in Lincoln on Tuesday. 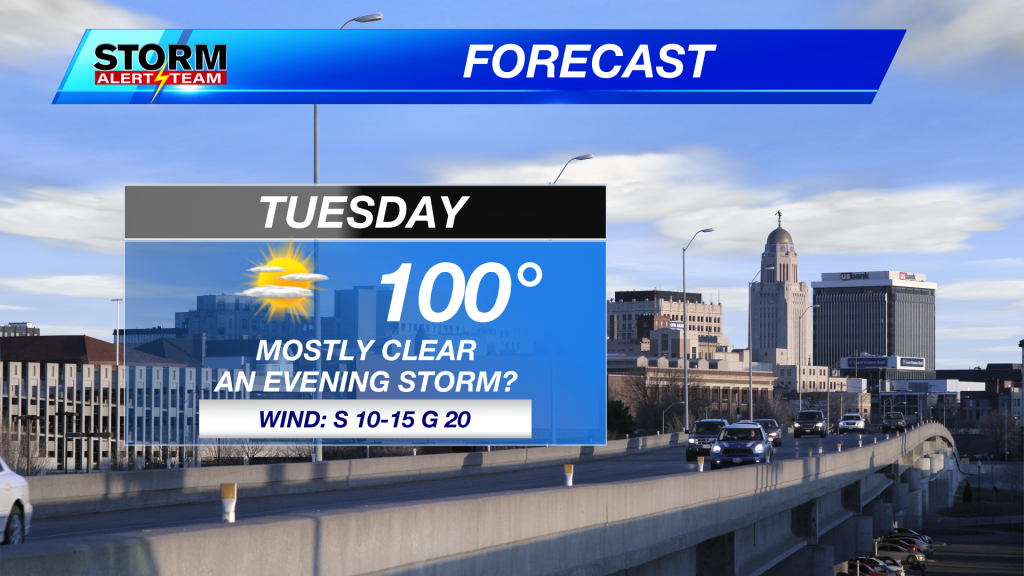 While most of the day remains dry, showers and storms should develop off to the west on Tuesday evening. These will attempt to make a run towards Southeast Nebraska. Again, these storms will be scattered in nature. While some may see some heavy rain from these storms, many will not see a single drop.

Temperatures start to back off just a little bit starting Wednesday. High temperatures will be in the mid-90s with isolated storm chances sticking around through the end of the workweek.