A summer-like feel for Husker Gameday

Heat and humidity are back in full swing as of Friday! High temperatures on Friday managed to get in the upper-80s to low-90s across southeast Nebraska, with the humidity making it feel a few degrees warmer.

We’ll continue the warming trend on Friday night as temperatures will only drop into the mid-60s for Lincoln. This is in contrast to Friday morning’s low of 59° at Lincoln Municipal Airport. Skies will remain mostly clear overnight Friday and into Saturday. 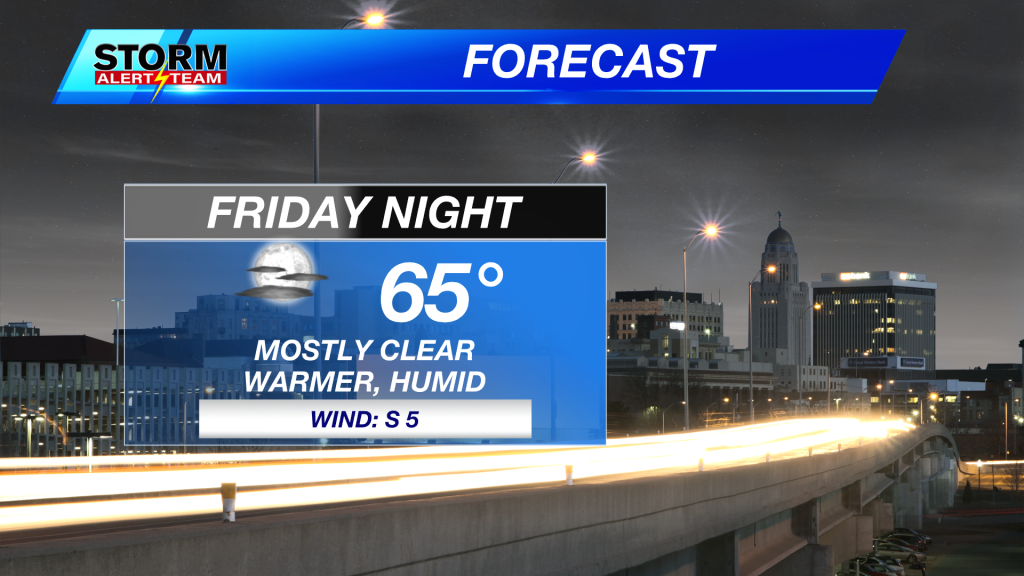 We have a hot Husker Gameday forecast! Temperatures will be well into the 90s by kickoff. Sunshine will be plentiful, so no rain delays are anticipated. Nebraska Athletics is allowing ticketed patrons to bring one water bottle into the stadium – you may want to do so to combat heat illnesses.

Know the differences between heat exhaustion and heat stroke. Also make sure you know what to do if you recognize any of these signs: 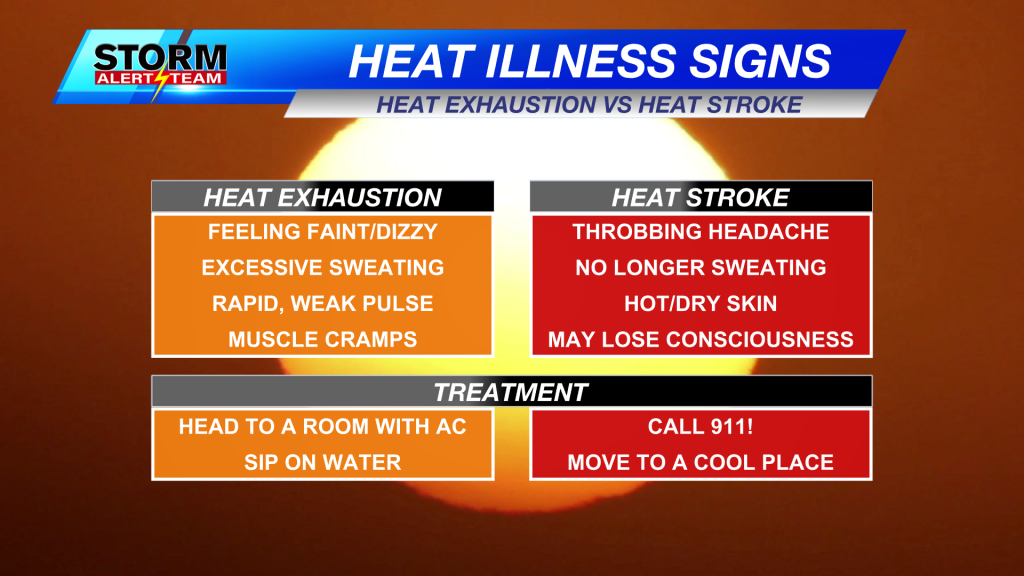 High temperatures in Lincoln should top out in the upper-90s, and it may be a bit breezy with a SSW wind gusting up to 25 mph at times. 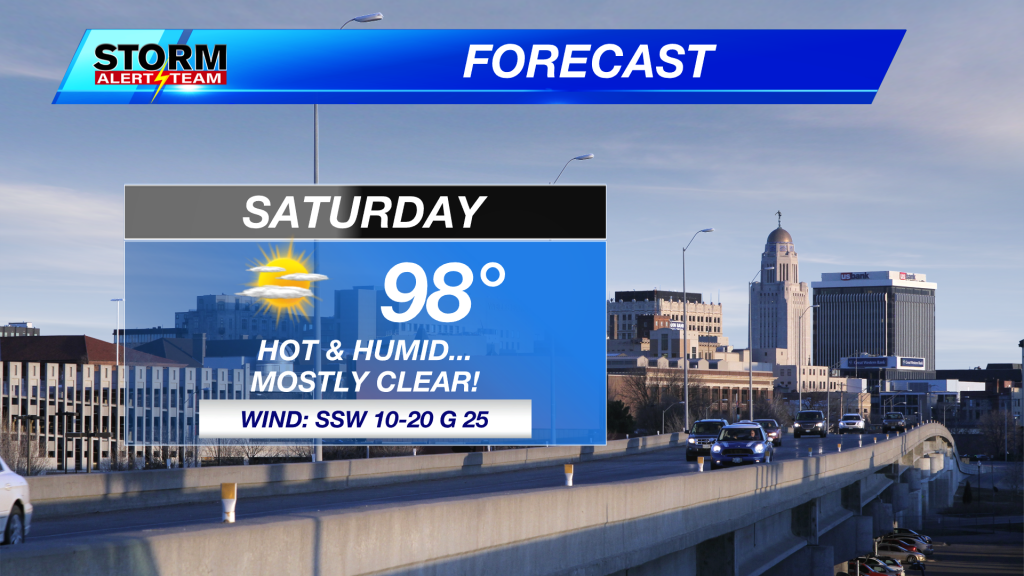 The humidity should make temperatures feel a few degrees hotter on Saturday afternoon. The heat index – or “feels-like” temperature – may approach 100° during peak heating.

The heat backs off a bit starting Sunday. We’ll introduce small rain chances on Sunday and Monday as there may be a few isolated showers in the area on these days. I expect that many will not see a drop of rain on Sunday and Monday, but keep in mind that a few showers may be around.