Accumulating snow for some in eastern Nebraska

Our next disturbance has arrived, bringing a chance for accumulating snow in eastern Nebraska. While there may be a lull in activity on Friday evening, we do expect snow showers to resume at some point. Snow showers should last past midnight and come to an end near or before sunrise on Saturday.

Accumulations will vary from east to west. Lincoln may see anywhere between 1″ and 3″, with totals in the lower end of that range appearing more likely. Locations west of Lincoln aren’t likely looking at anything over 1″. In fact, locations near the Tri-Cities may only be looking at a dusting or nothing at all. The highest totals will be to the east, where 3-6″ are possible near Omaha, Nebraska City, and Tekamah. 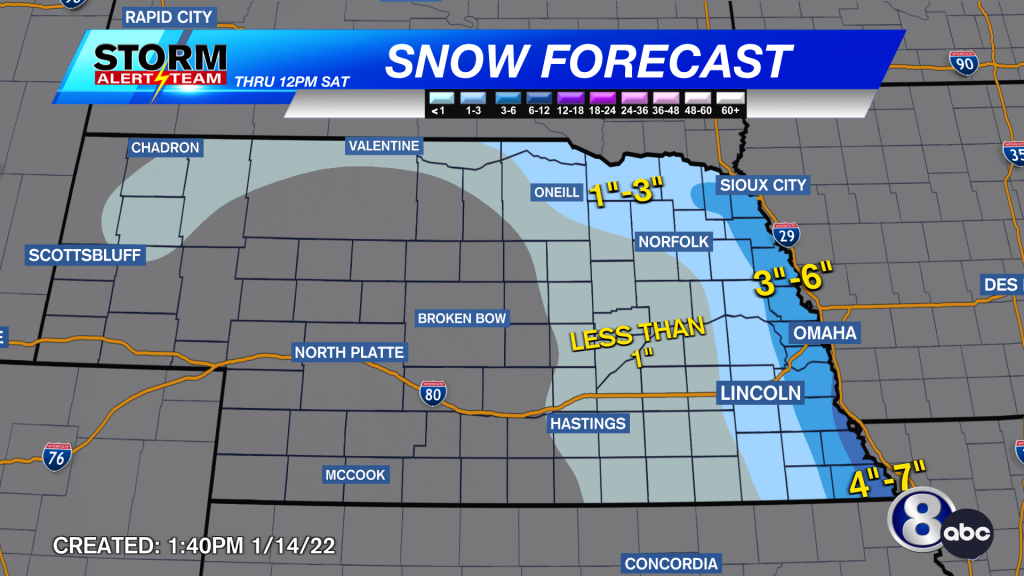 Keep in mind that wind speeds will increase on Friday night. Gusts in the ballpark of 40-45 mph are possible. For any areas where snow is falling, this could create blowing snow conditions. 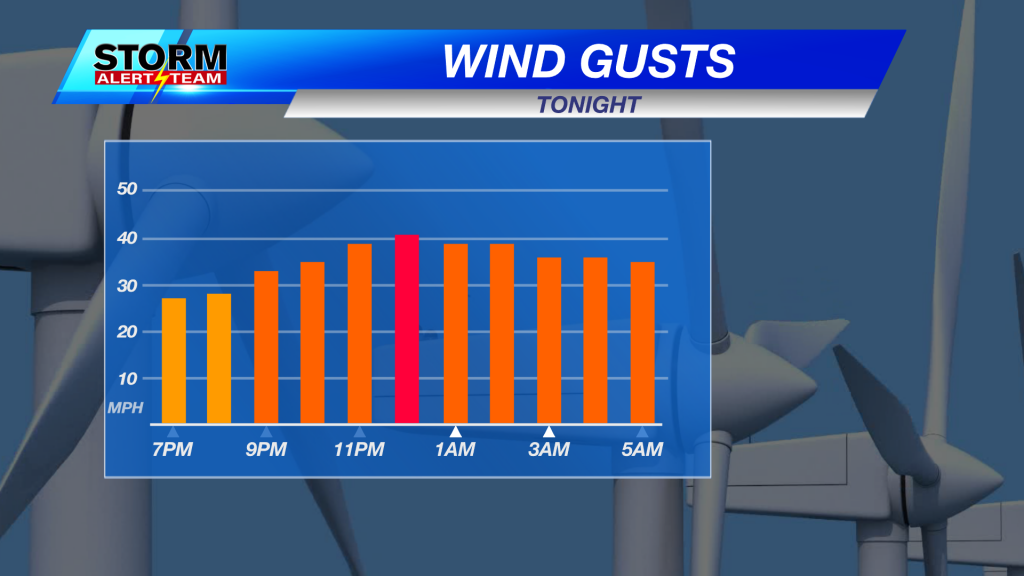 Again, snow showers are possible past midnight and should taper off before sunrise on Saturday morning. Low temperatures will drop into the teens, meaning that any liquid that remains on the roads will freeze. 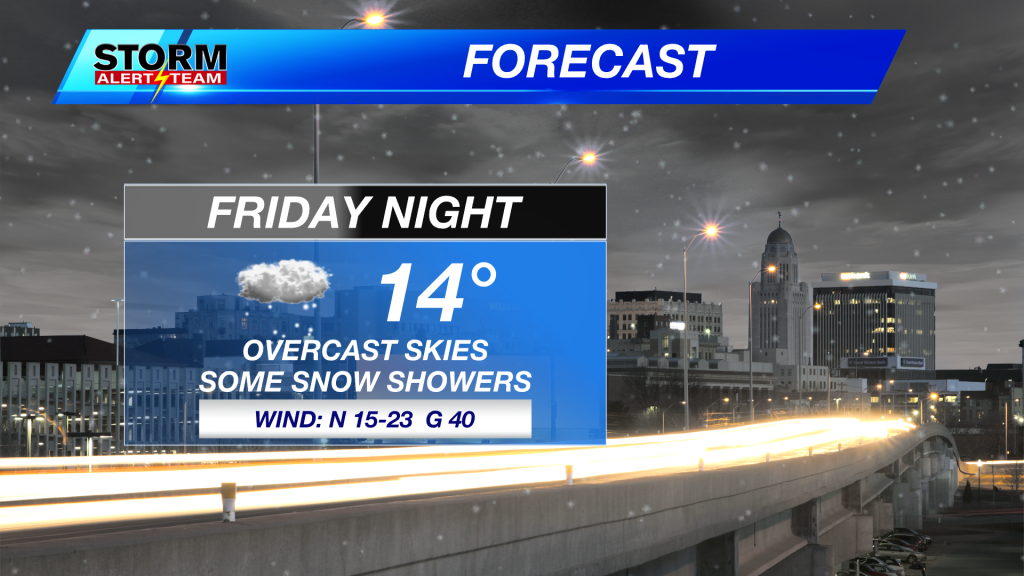 We’re dry for most of Saturday. While we hang onto the clouds for the morning, they’ll begin to decrease in the afternoon. It should be cooler, with highs in the middle-20s in Lincoln. 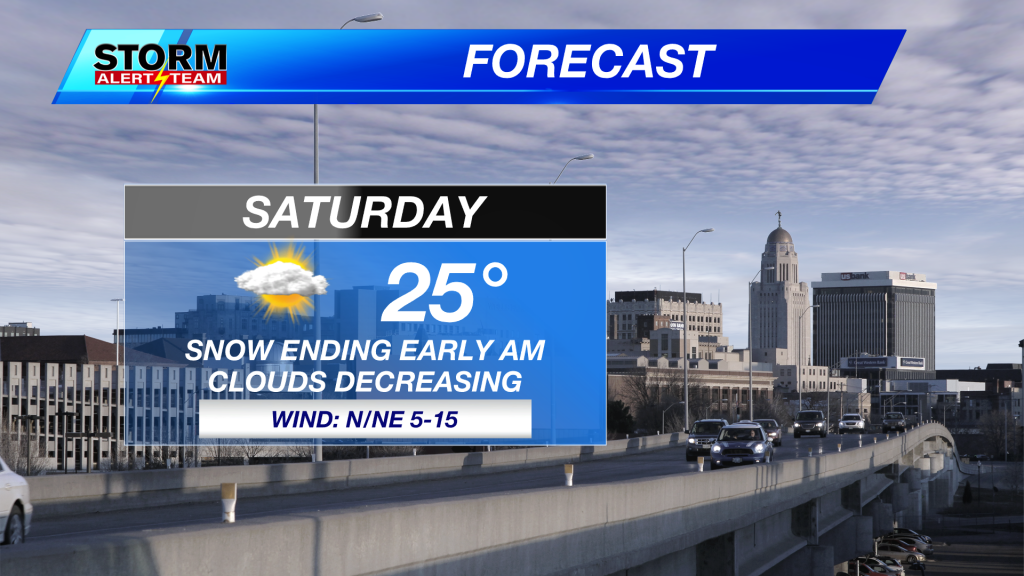