A Winter Weather Advisory will be in effect from 10 p.m. Monday through 9 a.m. Tuesday morning for counties near the Nebraska/Kansas state line. 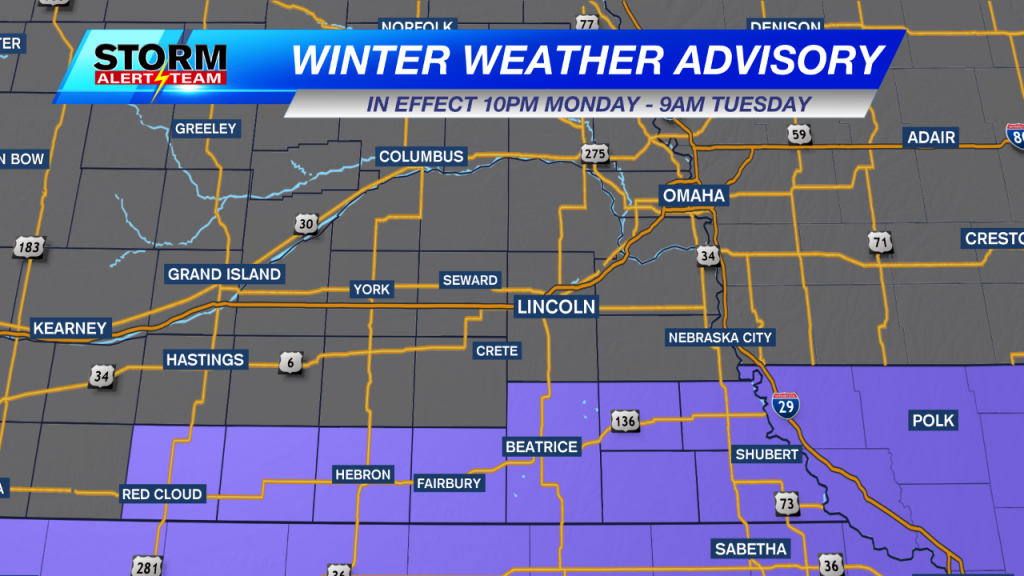 Snow showers will continue through the evening, and especially the overnight. So far Lincoln has received a trace of snow, making this the first time there has been recorded snow in the capital city in 38 years. Only two days on this date have produced snow since 1948. 1983 and 1959.

The amount of snow that will accumulate overnight does not look significant by normal winter standards, but 1 to 3 of snow looks possible in areas near the Nebraska/Kansas state line. The band of accumulating snow should be narrow. Snow that accumulates should mainly be on elevated surfaces, although some slush is possible on roads Tuesday morning. The “heaviest” snow should fall between midnight and 4 a.m. Tuesday. 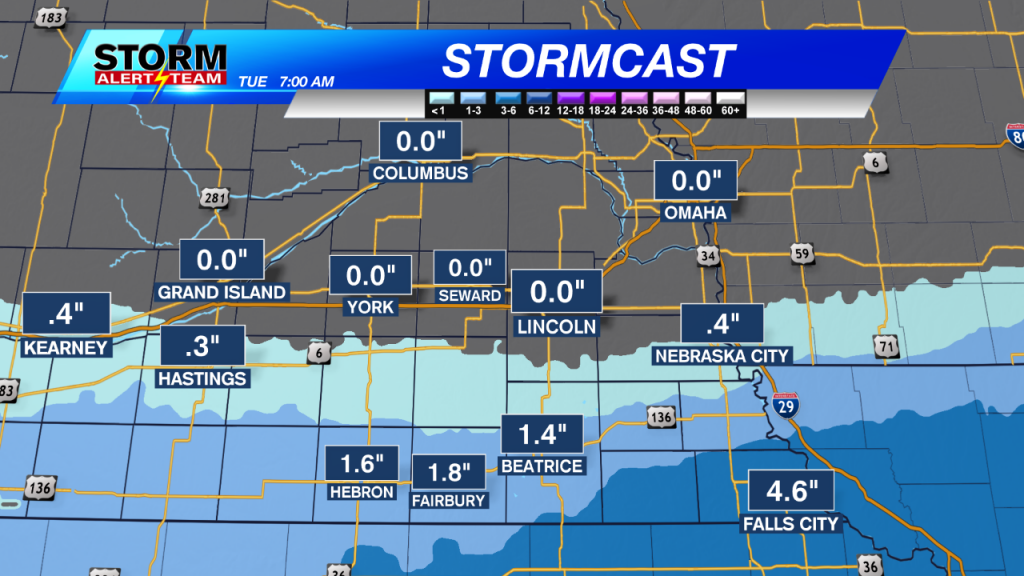 What snow accumulates on the ground will not survive very long. Temperatures will rebound to the middle and upper 40°s Tuesday afternoon. A few sprinkles and/or snow flurries could fall, mainly during the afternoon.