Monday was a much needed day. We saw temperatures that were 5 to 10 degrees below average, dewpoints that were in the 50s, and a light breeze. It was a pretty nice day!

Of course, it’s August in Nebraska so those kinds of days are few and far between. We get back to reality on Tuesday and especially Wednesday. 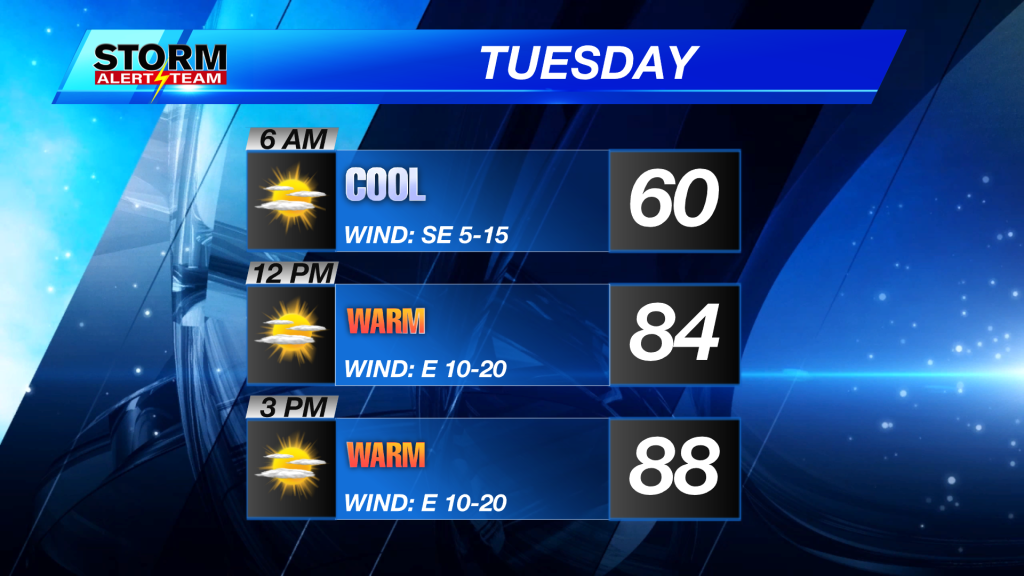 Tuesday will be a “normal” kind of August day with highs in the upper 80s and mostly sunny skies. We do start off a little cooler than average, so if you need to get some things done outside, the sooner the better!

As the week wears on, it will get hot again. Highs will be in the middle 90s on Wednesday and eventually the middle and upper 90s for the end of the week and into the weekend. A couple of 100 degrees days will be possible, as well.

When it comes to precipitation, the chance is very small for quite a while. Mostly sunny to partly cloudy skies can be expected for the next week or so.