The wildfire smoke that lingered on Saturday is on its way out. Admittedly, the smoke was a bit slow to clear out which meant that there were some air quality concerns Sunday morning across much of the state. However, air quality has steadily been improving Sunday afternoon as northerly winds pushed smoke into Kansas.

There may be a few pockets of smoke near the surface in the Channel 8 viewing area on Monday. Short-term computer model guidance suggests that Lincoln may be wedged within a narrow corridor of lower smoke concentrations. So air quality may be less of an issue near Lincoln on Monday but could be more of a nuisance farther west towards the Tri-Cities and farther east towards the Missouri River. 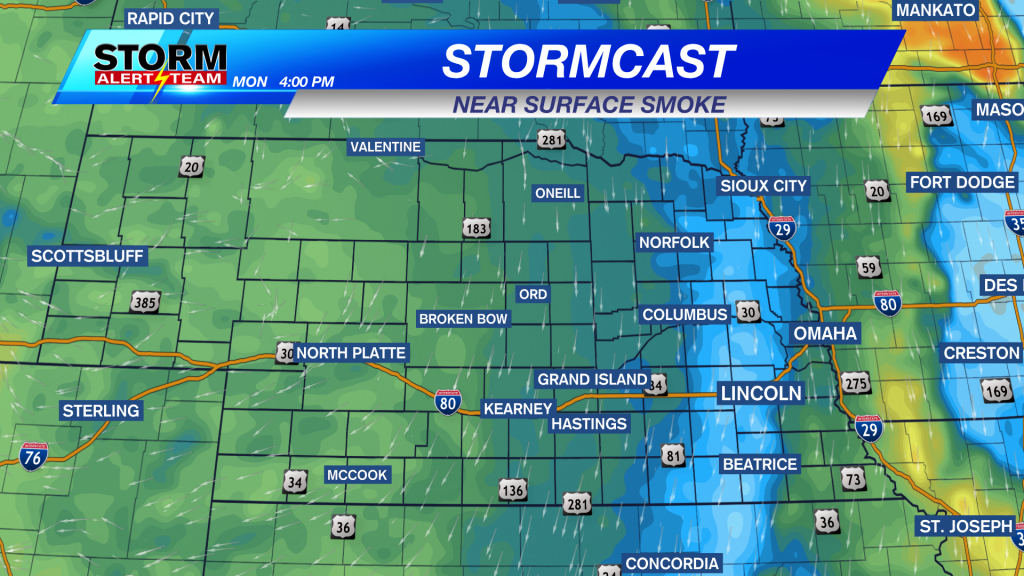 The smoke aside, Lincoln was able to bask in sunshine on Sunday. We’ll remain clear overnight with low temperatures near 56° by Monday morning. 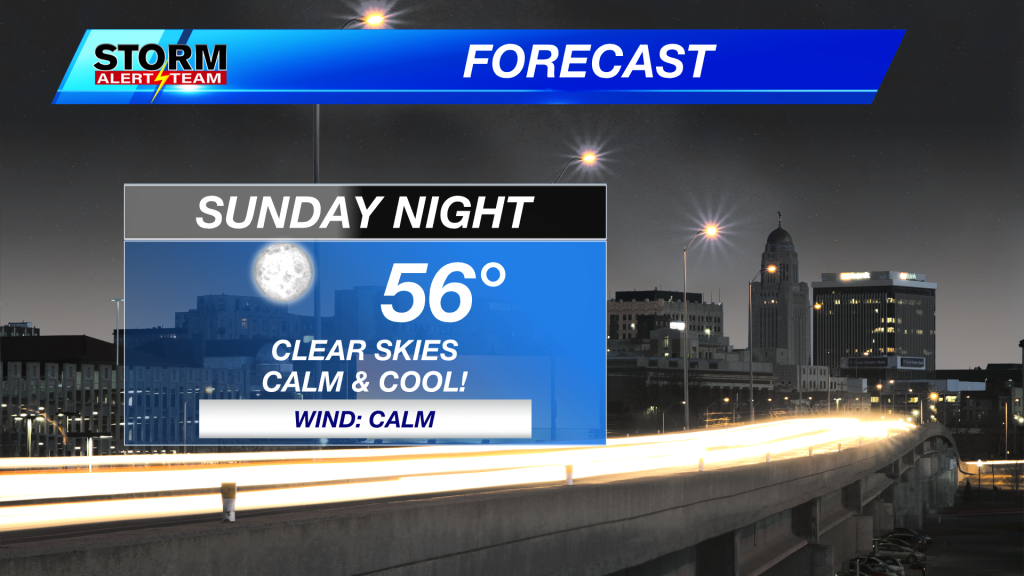 Monday features pleasant weather! Highs will top out in the middle 80s – and the coveted low humidity will accompany the mild temperatures! We’ll likely see some mid- to high-level clouds filtering in by the afternoon, but we’re otherwise mostly sunny. 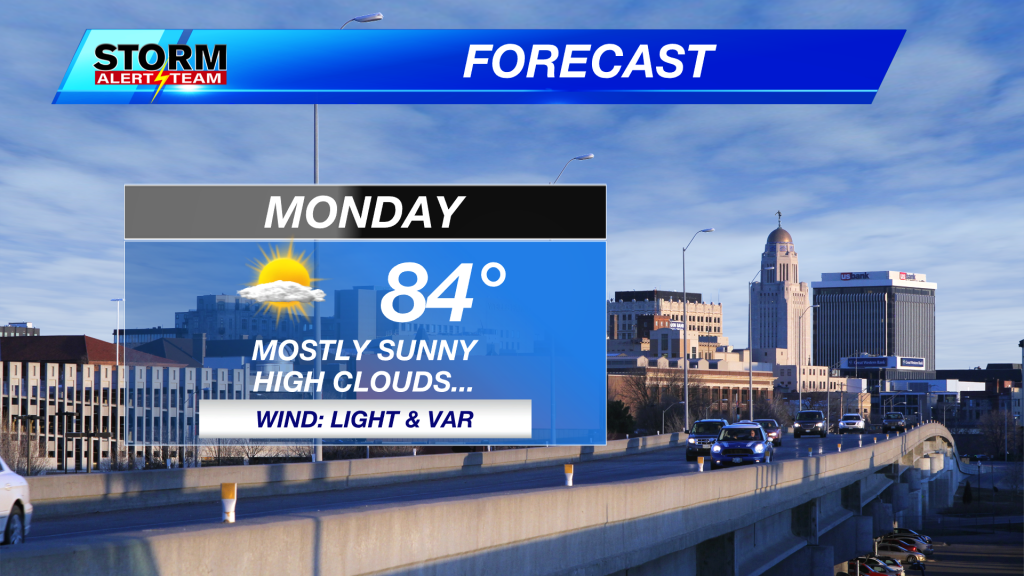 Temperatures are forecast to remain slightly below average through Thursday. Average highs this time of year are near 89°. We are watching the potential for a few showers and storms late Wednesday and into Thursday morning as a storm system approaches. That system should be on its way out by Thursday afternoon. High temperatures return to the 90s by Friday – and so does the humidity!