Another round of rain is possible overnight

Clouds will hang around for most as another weather system quickly moves from the Texas panhandle, through Kansas and Missouri.  It will bring another chance of rain to southeast Nebraska late Wednesday night and early Thursday.

Rain is already falling in central Kansas as of Wednesday evening.  As the moisture moves further northeast, much of it will fall apart, not making it to Nebraska.  That being said, I’ll keep a chance for light rain in the forecast for Lancaster, Gage, Jefferson, Pawnee, and Thayer counties, with the best chance being in Pawnee County.  At most we’re looking at a few hundredths of an inch of rain.

There will remain a chance for a few scattered showers Thursday afternoon, but best chances will be east of a line from Lincoln to Beatrice. 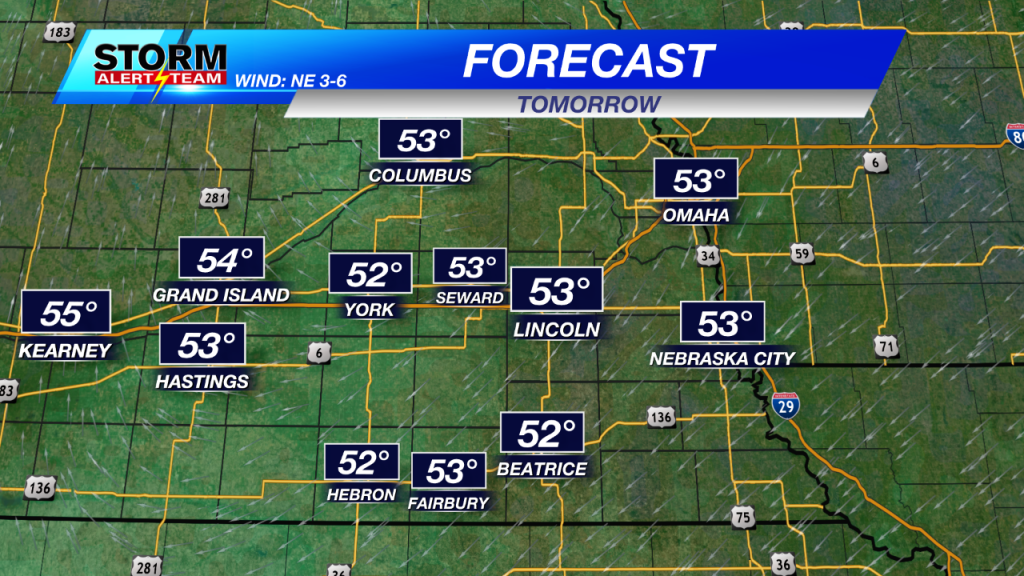 TONIGHT:  Cloudy with light showers possible after midnight.  Lows will be in the middle to upper 30°s.

THURSDAY:  Mostly cloudy skies.  Highs will be in the lower to middle 50°s.

Be sure to check out articles we’ve posted to KLKNTV.com for Severe Weather Awareness Week.  Topics include the difference between Severe Thunderstorm Warnings/Watches, Tornado Watches/Warnings, and where to go in the event of a Tornado Warning being issued.  We’ll be talking about lightning safety Thursday and Flooding Friday.