Another round of snow coming to Nebraska

We’re eyeing a developing weather system over southeast Colorado and southwest Kansas Monday evening.  This system is expected to spread moisture, in the form of snow, northeast towards Nebraska.

Winter Weather Advisories have been issued by the National Weather Service in advance of snow reaching the state.  The advisories go in to even Monday night and continue through Tuesday evening. 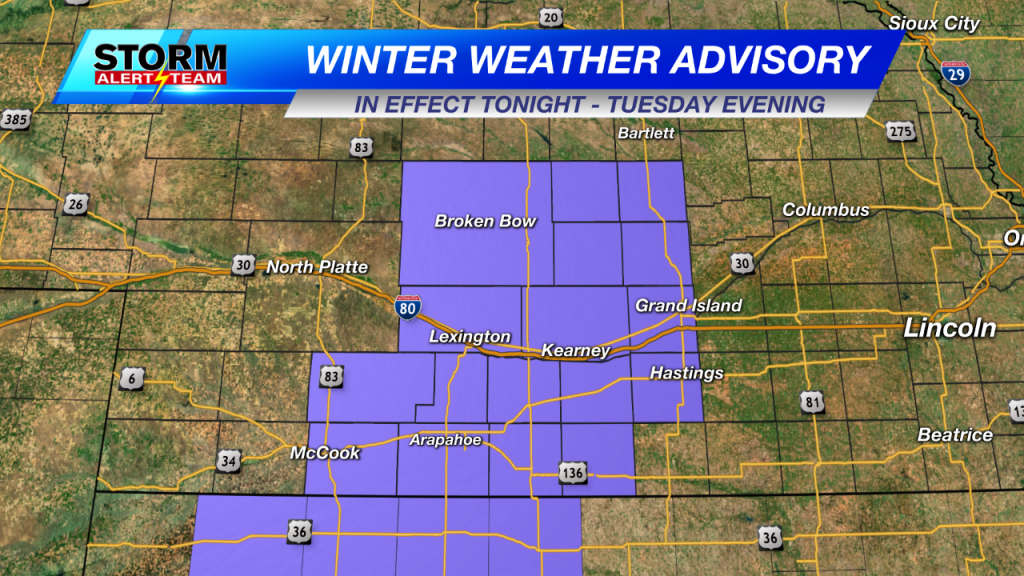 Snow will begin to spread in to south central Nebraska during the early morning hours Tuesday.  The snow could produce an impact on the morning commute in Kearney, Hastings, and Grand Island.

Snow will take a while to reach Lincoln.  Computer models project dry air in the lower few thousand feet over the capital city which would delay snow reaching the ground.  The window for snow to reach the ground is between 1 p.m. and 4 p.m. Tuesday.

As of now it does not look like this weather system will bring significant snow to the state, but some areas could receive 3″ to as much as 6″. 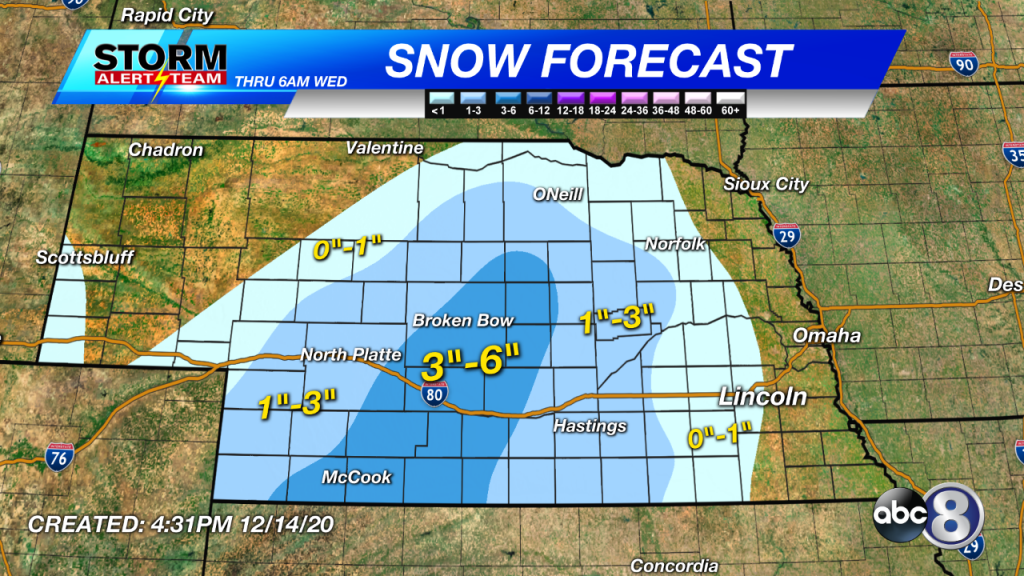 It looks as though highest amounts could fall from Broken Bow to McCook.  A 37-computer model average suggests 4″ to 5″ inches in both locations.  However, the range of snow for both cities projected by computer models goes from 3″ to as much as 6.5″.

Further east the amounts should be lower.  It is looking like 1″ to 3″ in Grand Island, 1″ to 2″ in Hastings, and less than an inch in Lincoln (probably more like a half inch or less).

TUESDAY:  Cloudy with snow showers.  Temperatures will only get to the middle to upper 20°s.

WEDNESDAY:  Partly cloudy and a little warmer.  Highs in the lower to middle 30°s.