The weather over the last several days has been best characterized as cold mornings followed by warm afternoons. Tuesday will be no exception. While temperatures are starting off in the teens and low-20s across the area, highs will be in the middle and upper-50s. In a few locations, highs may surpass the 60° mark. 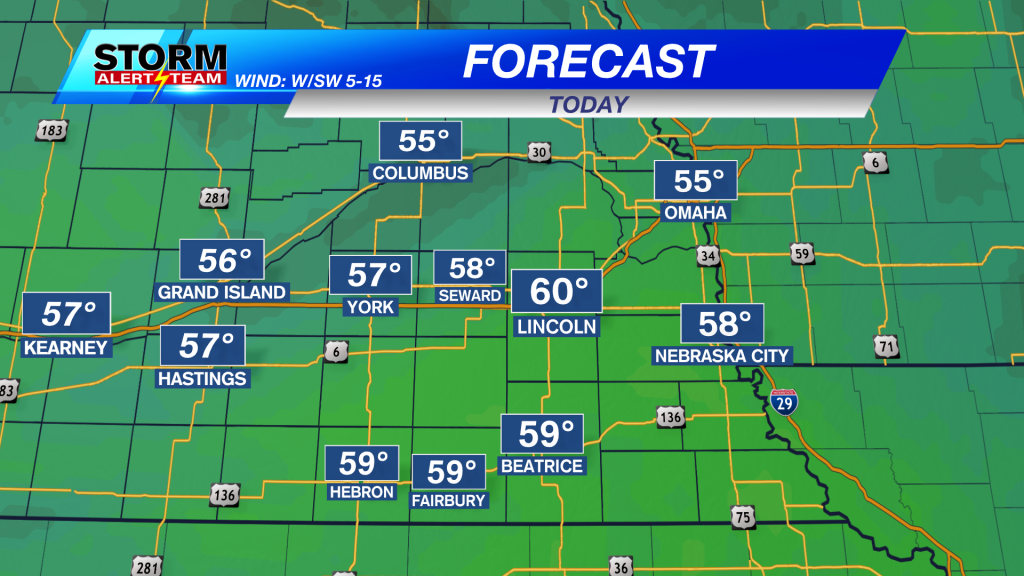 We do expect some high clouds to move into the area. These will be with us for much of the day. That said, we should be mostly sunny on Tuesday overall. By Tuesday evening, skies should clear completely.

Clouds will be increasing on Wednesday ahead of our next storm system. While most of Wednesday remains dry, we’ll introduce some moisture into the area on Wednesday night, which will remain on Thanksgiving.

We’re seeing a lot better agreement in the data for the Thanksgiving forecast. As of now, it appears we may have just enough moisture to see some spotty sprinkles on Thursday. The sprinkles don’t appear to be big rainmakers. 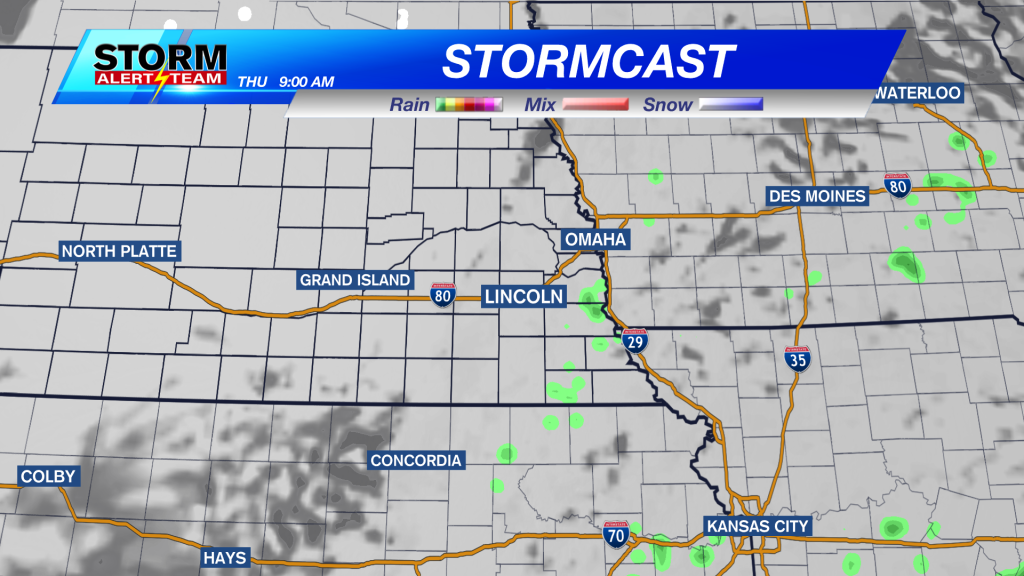 It will be a cooler day on Thanksgiving as a cold front will be passing through the area. If any sprinkles can last into the afternoon/evening, it may be cold enough for a few flakes to mix in.

We should point out that Thursday’s storm system is still in the Pacific as of Tuesday morning. As a result, we could still see some shifts in the computer model guidance. We should see a lot fewer of these shifts after it moves over land on Tuesday night. If anything chances, we’ll be sure to let you know. 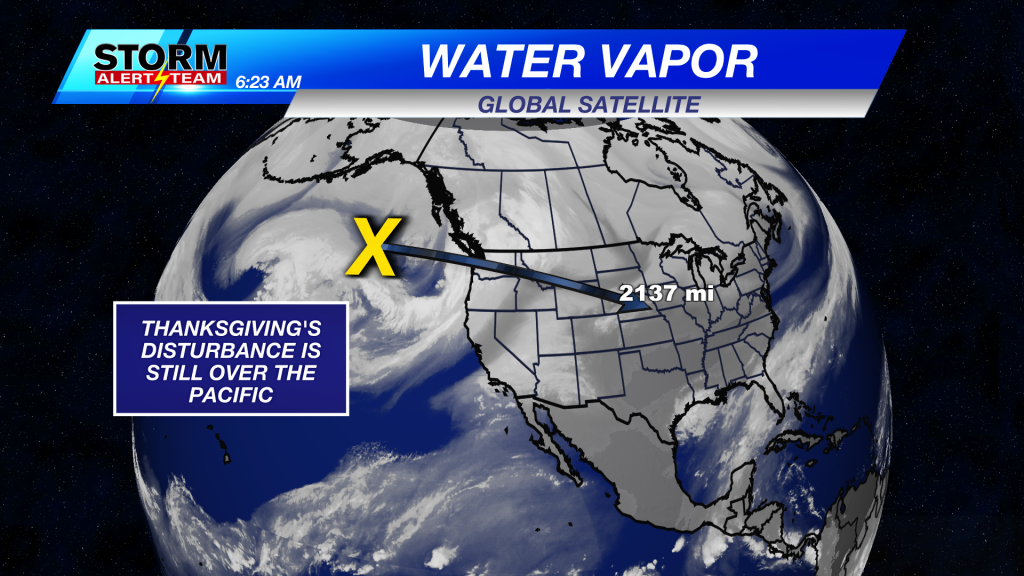