BREAKING: Arrest made in murder of Lincoln Northeast student

Police have arrested a 24-year-old man for the September killing of 15-year-old student Ali Al-Burkat. 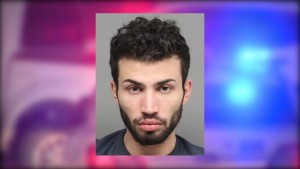 Lincoln Police have made an arrest in the murder of 15-year-old Ali Al-Burkat.

“Our agency is keeping Ali Al-Burkat’s family and friends in our thoughts during this difficult time. We ask that the public respect the family’s privacy as they continue to grieve his death,” Lincoln Police said in a statement.

On September 29th, 2019, at 10:04 p.m., Lincoln police officers were called to the area of North 7th Street and Fletcher Avenue on the report of gunshots.

As officers responded to the area, the 911 Emergency Communications Center received additional information that a male had been shot and was in need of medical assistance. Officers were directed to the business parking lot at 1404 Superior Street and began CPR. Al-Burkat was transported to a local hospital where he was pronounced dead.

Investigators determined that Al-Burkat was shot while in the 5500 block of North 7th Street. Investigators processed the scene for forensic and digital evidence, as well as conducted a neighborhood canvass for additional witnesses and video surveillance. Through these investigative efforts, investigators developed Elias as a suspect.

Investigators were able to identify the vehicle driven by Elias. Through video and digital evidence, investigators tracked Elias’s movements before and after the homicide, and verified he was in the area at the time of the shooting.

Additional corroborative details resulted from the examination of shell casings located at the scene along with detailed interviews of the occupants of the vehicle who were with Al-Burkat when he was murdered.

On February 26th, at approximately 4:10 p.m., Lincoln Police Department investigators located Elias and arrested him for Second Degree Murder and Use of a Weapon to Commit a Felony. 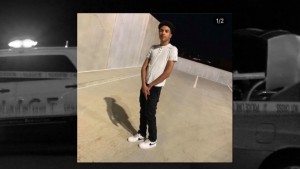