Our average high for the middle and end of January is in the middle 30s, but we’re not quite going to see that for a while. Temperatures are going to struggle through next week. Precipitation chances are small with only a slight chance the second half of Saturday. 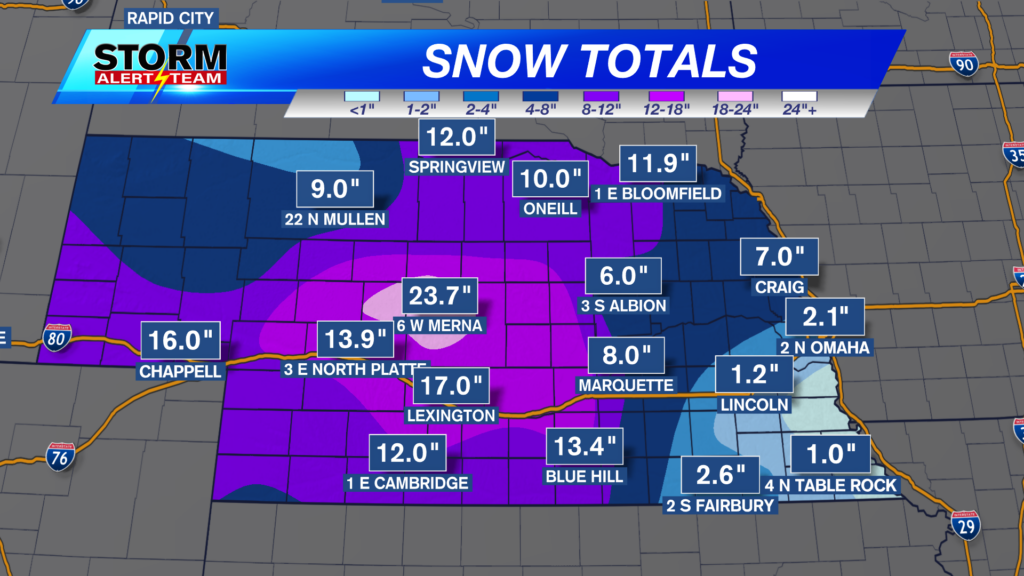 Snow totals are in and the western half of the state got slammed! NW Custer county was the “winner” with almost two feet of snow. Hopefully this helps out the drought situation down the road. 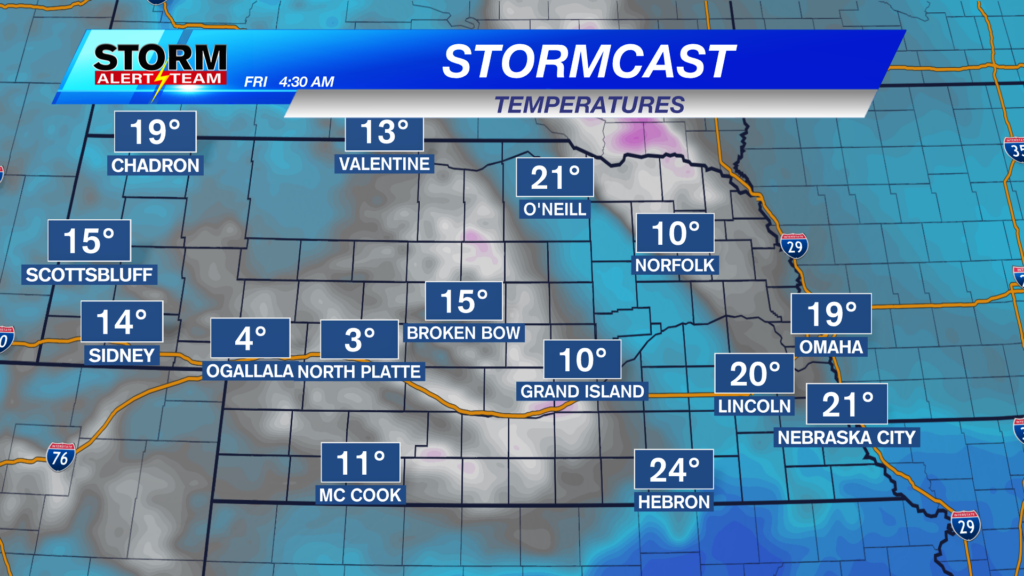 Because of all that snow, it’s going to get cold tonight. Single digits to around zero can be expected for portions of central and western Nebraska. 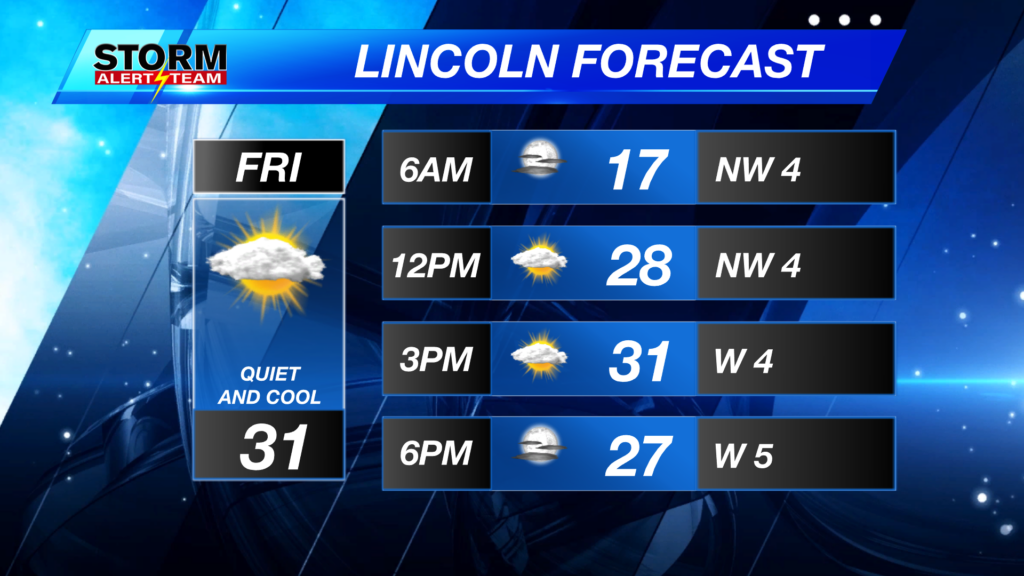 For Friday afternoon, it’s going to be quiet but cool in Lincoln. We’ll start off in the teens and try for the lower 30s by the afternoon. 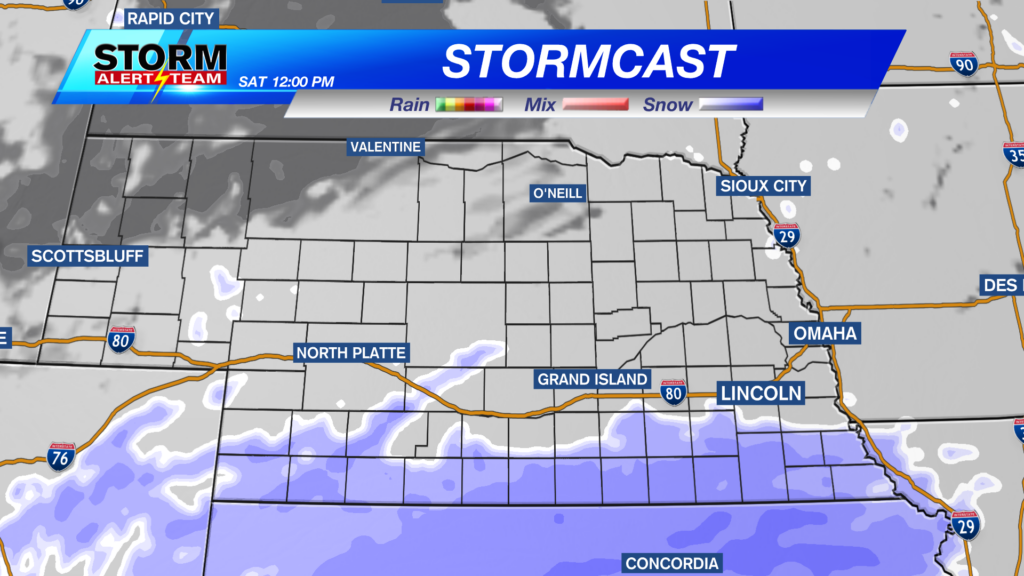 The next chance for snow holds off until the 2nd half of the day on Saturday. Even then, the better chance is south into Kansas. However, any shift north and areas south of I80 may see some minor accumulations.