Wednesday features another chilly start to the day, followed by a comfortable afternoon with highs in the lower-60s. However, you may notice more clouds as the day progresses. The clouds will move into the area from west to east, so areas closer to the Tri-Cities will see fewer hours of sunshine during the morning.

As the afternoon progresses, the cloud cover will thicken in eastern Nebraska. By the time the day is done, Lincoln will have cloudy skies overhead. Many versions of Stormcast have hinted at a late afternoon or evening chance for a stray shower. That chance is fairly low. If you are able to see one of these, it will not be a big rainmaker. 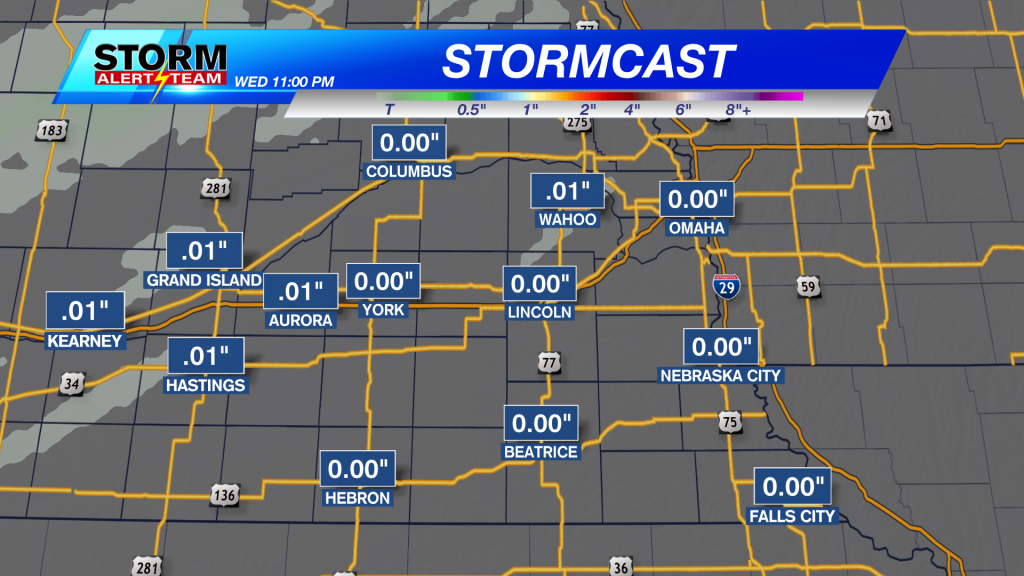 We’ll keep the cloud cover on Thursday, and rain chances will be at their highest then too. Scattered showers will be possible starting Thursday morning and throughout the day. 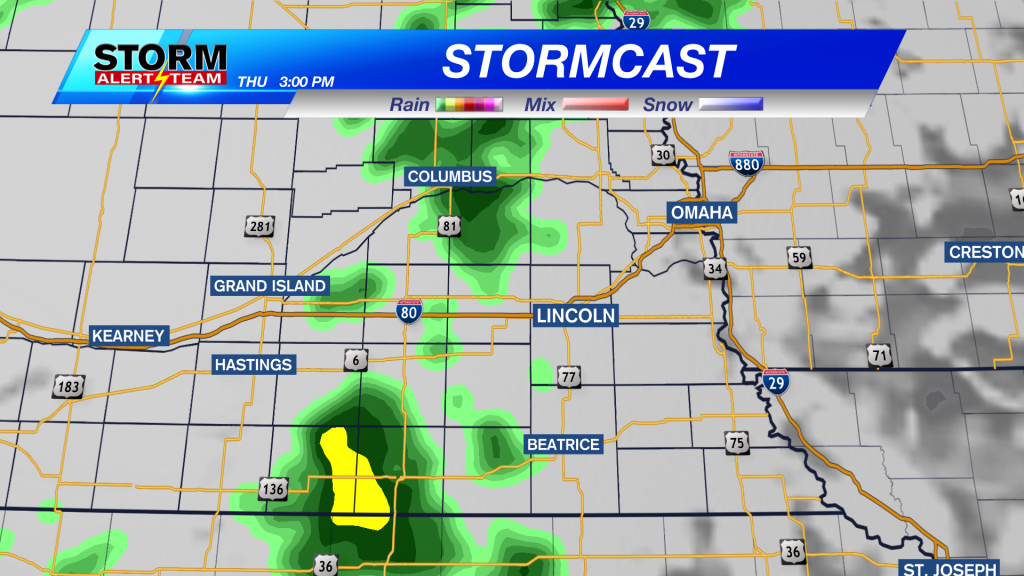 It may not be raining at every point on Thursday, but Mother Nature will be offering a decent chance to see a little bit of rainfall. After Thursday, we will turn drier. We expect dry conditions to remain through the weekend. Overall, the weekend forecast looks really nice with plenty of sunshine and middle/upper-60s for highs.