Cold air is here for a while

We are slowly but surely going to cool off over the next several days. Highs through the weekend will be in the upper 20s and lower to mid 30s. Then we really cool off as we head through next week! Precipitation will be minimal, but a few flurries and snow showers will be possible Thursday and then into the middle of next week. 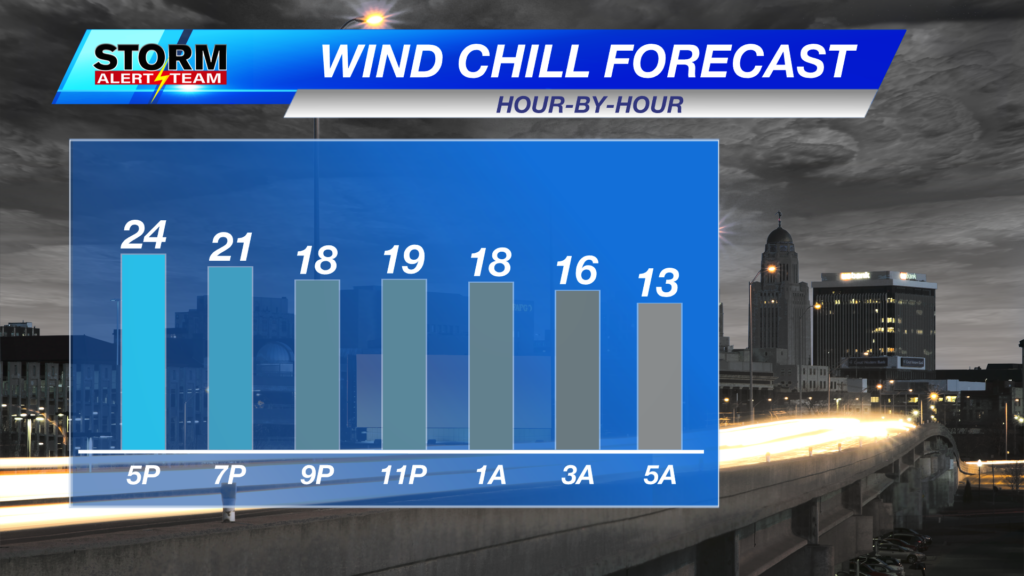 For tonight, temperatures cool off, but with a gusty northwest wind, it’s going to feel even colder. The wind chill may drop into the single digits by early Thursday morning. 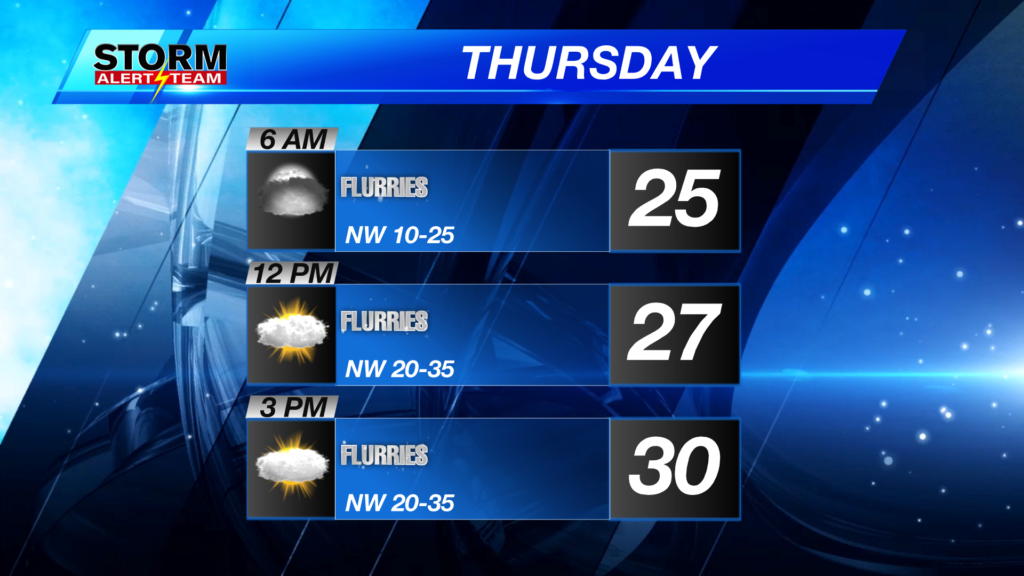 For Thursday, the high temperature will be about 10 degrees below average with a few flurries on and off. That gusty NW wind will create a wind chill in the teens and single digits. 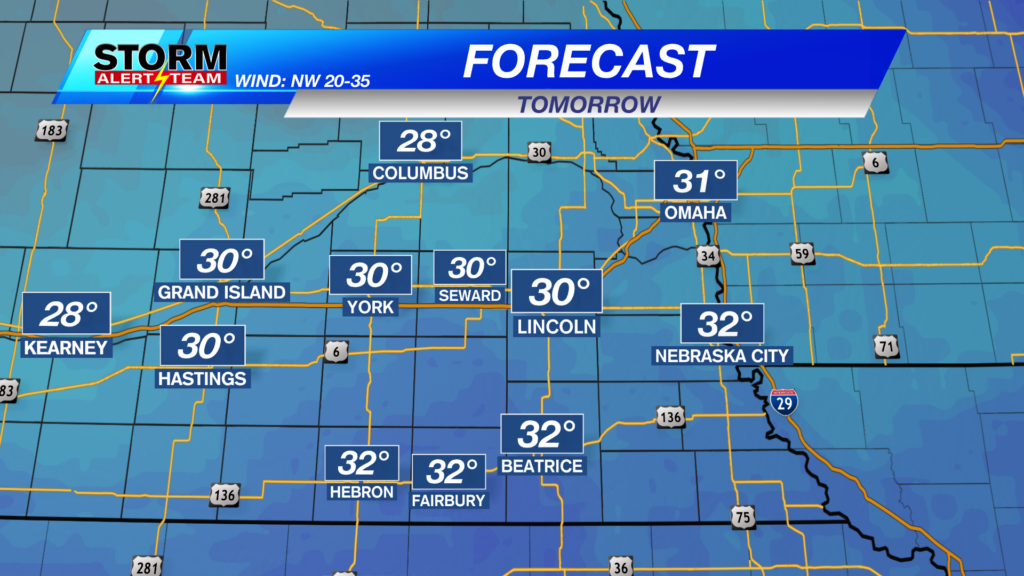 We will all be cold on Thursday, too. Highs will struggle to get to the freezing mark no matter where you go in south central and SE Nebraska. 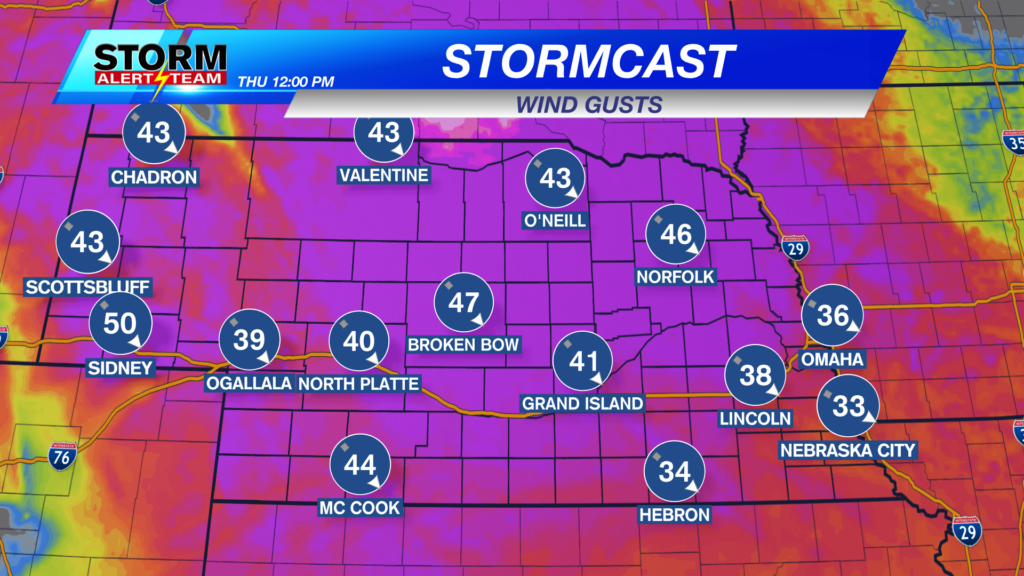 Unfortunately, it’s going to be windy for everybody during the day. Wind gusts from 30 to 50 mph will be possible, which is not good news for the western half of the state that saw a LOT of snow. 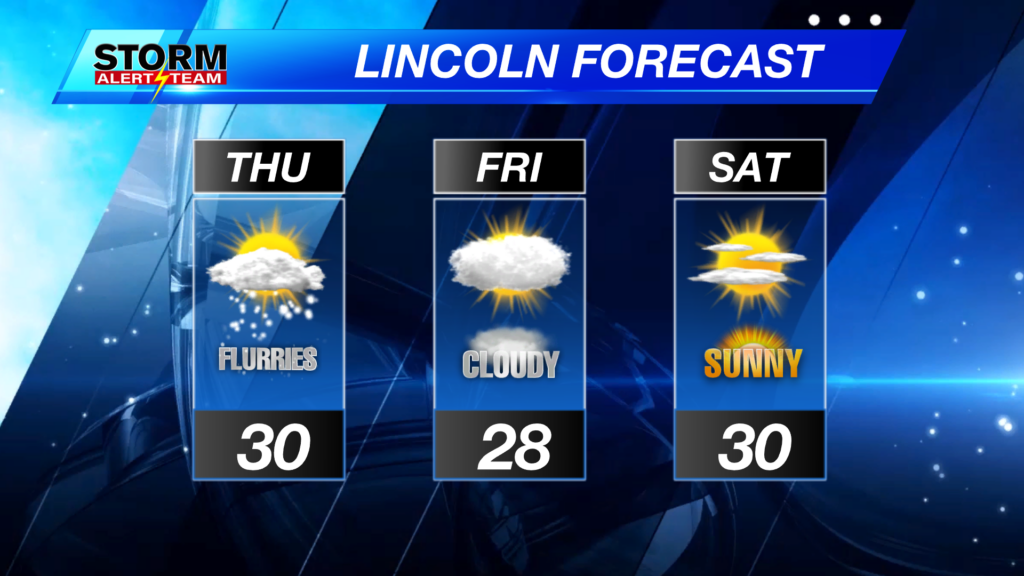 Aside from a few flurries on Thursday, we’ll be dry and cold as we head into the weekend. The sun does come back on Saturday!