Cold air is on the way

A cold front is going to roll through tonight into Thursday morning bringing with it much colder air and chances for showers and storms. Those storms will be around in the early morning hours, but we clear out by the afternoon. After that, we remain cold and dry for much of the next 10 days, with a small chance for some rain/snow mix on Monday. 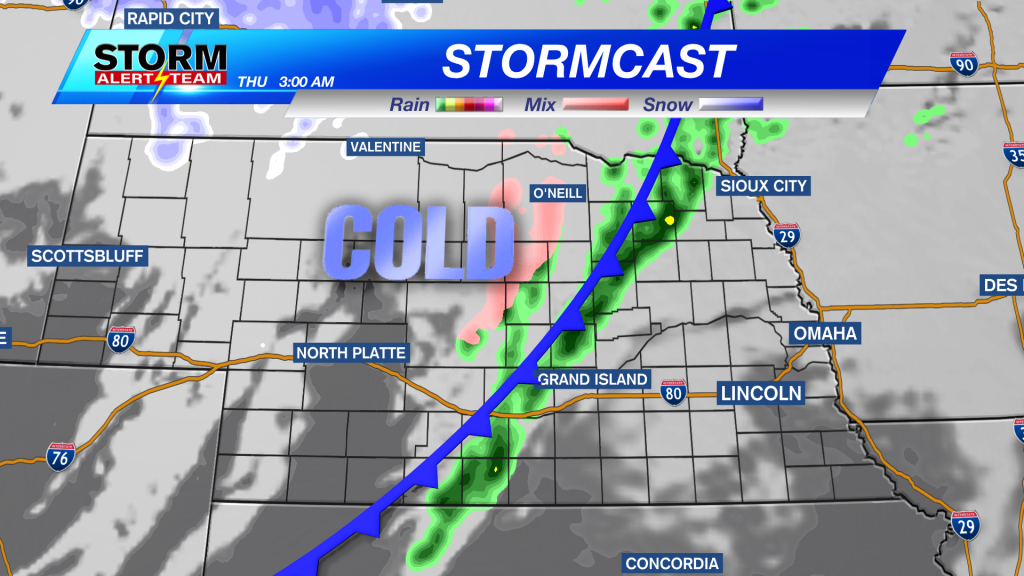 The cold front will move across the state tonight and storms will fire up along it. There is a small chance that storms that do form very early Thursday morning could be strong to severe with wind gusts being the main concerns. 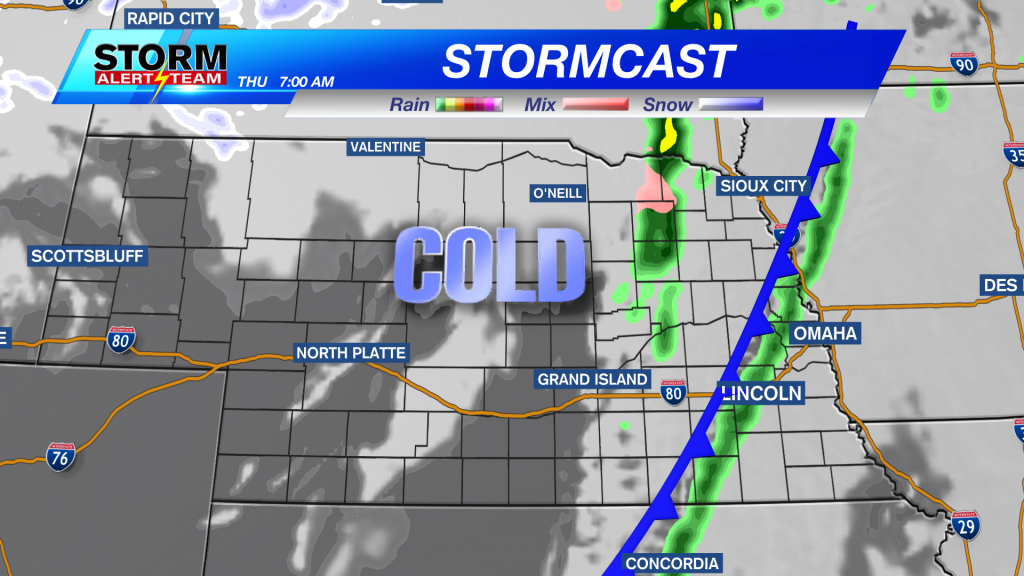 By Thursday morning, the cold front makes it to Lincoln and gives us a chance for showers and storms around the 6-7am hour. After that, the cold air is here and it’s here to stay. 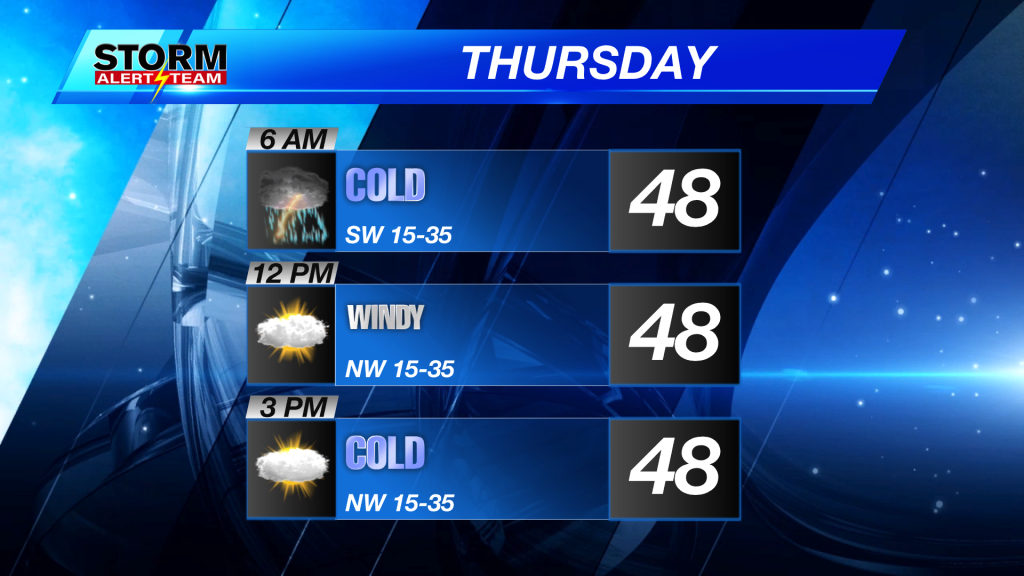 During the day Thursday, it’s going to be a bit of a reality check. After record highs on Wednesday, we’ll see highs below average and steady temperatures until the evening hours when the cold air really moves in. 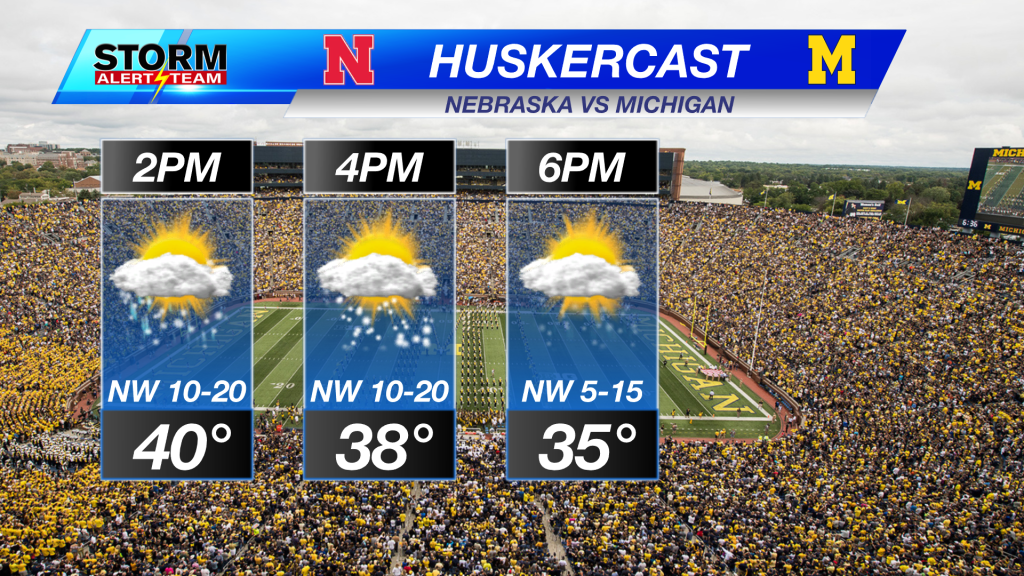 The HuskerCast for the Michigan game is a little chilly with a little mixed precipitation possible.