Cold continues through the week

Precipitation chances are out there, but we’ll mainly see flurries the next couple of days. The next chance comes during the Thanksgiving travel period. We’ll be keeping a close eye on that! 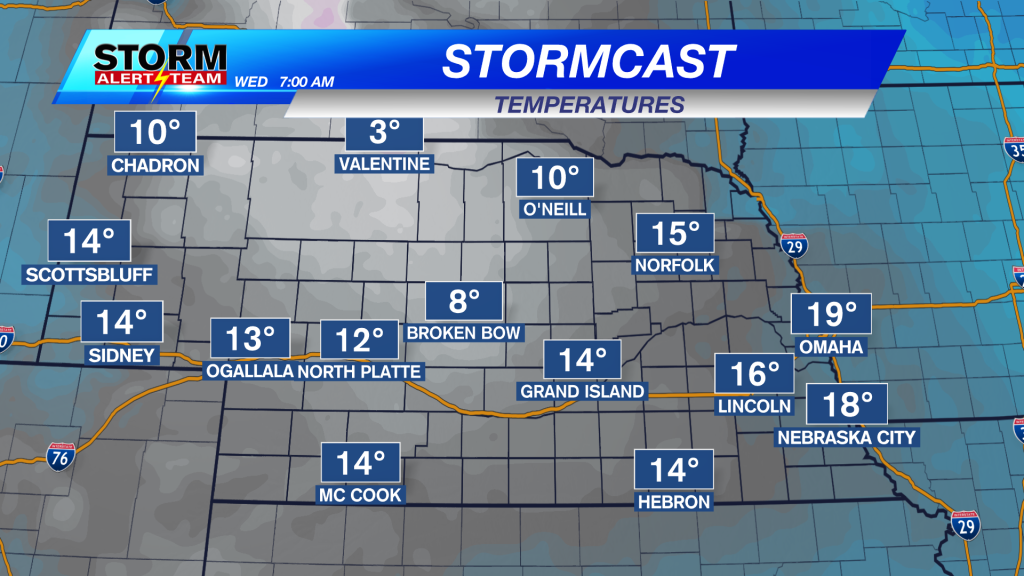 It’s going to be a cold start to the day on Wednesday. Single digits expected in central and northern Nebraska, with the rest of us in the teens. We’ll see a mix of sun and clouds during the day with flurries possible on and off. 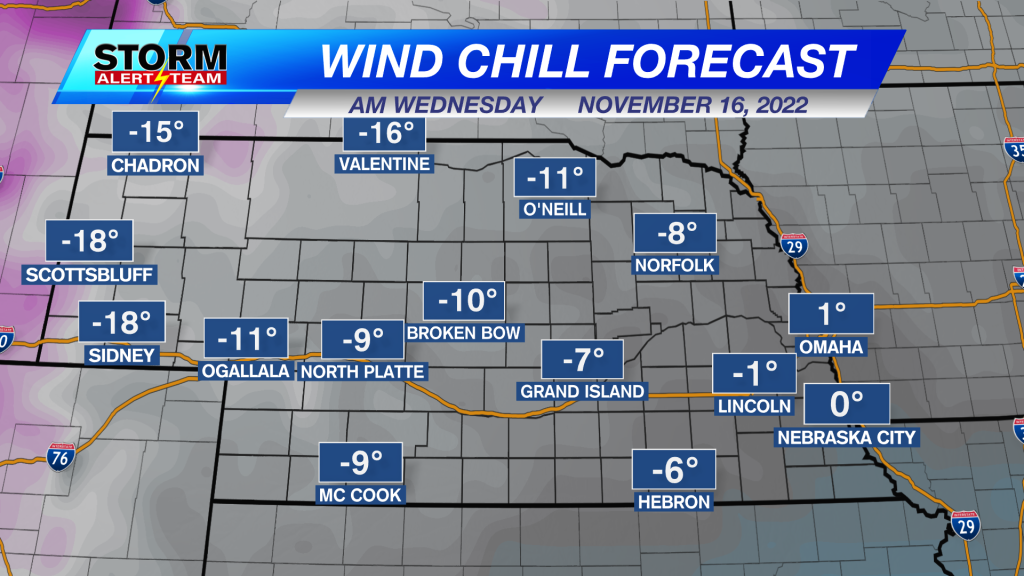 The wind chill will be at or below zero to start the day. Bundle up if you need to be outside! 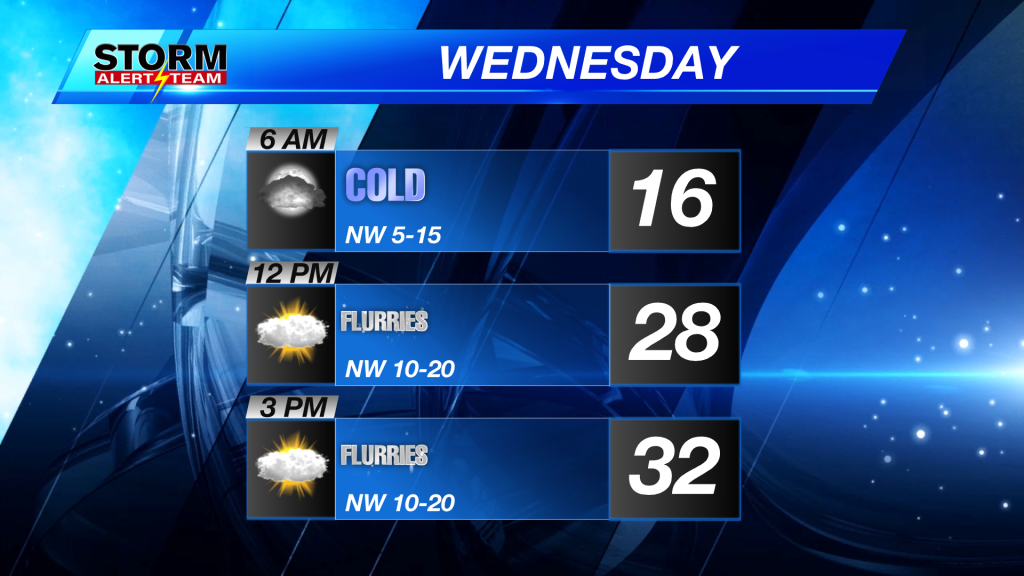 Overall, Wednesday will be a blustery day with flurries on and off. 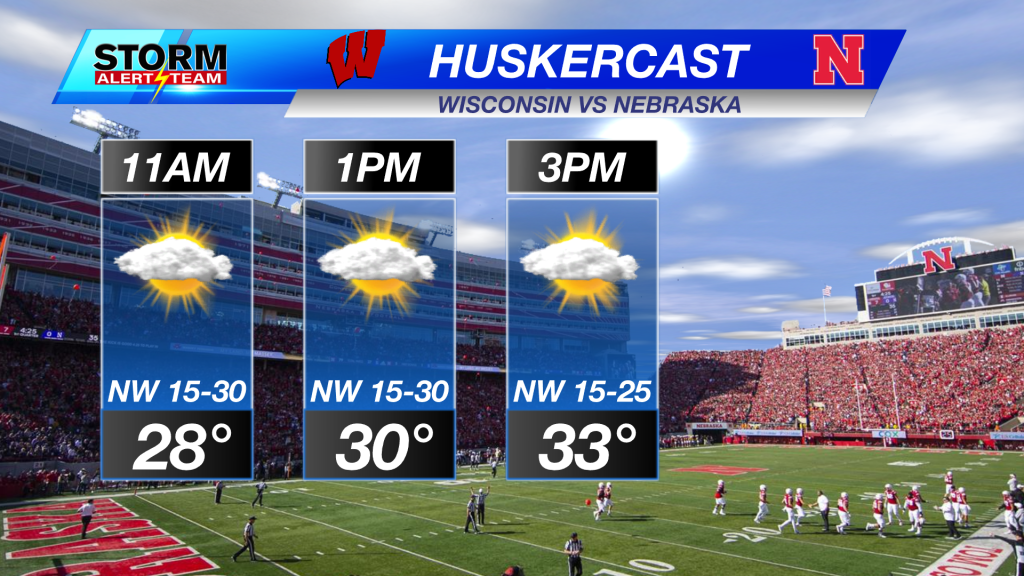 It won’t be much better by Saturday, either. The Husker game will have a mix of sun and clouds, a brisk wind out of the northwest, and temperatures will be well below average. Go Big Red!