The next several days will be up and down, with the down happening first. Highs will only be in the middle 50s Friday, middle 60s Saturday, then back into the 70s Sunday ad the first half of next week. Precipitation chances are small, but we could see a few showers in central and western Nebraska Friday, then another rain chance for eastern Nebraska Tuesday night into Wednesday. 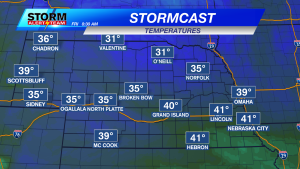 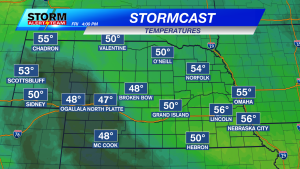 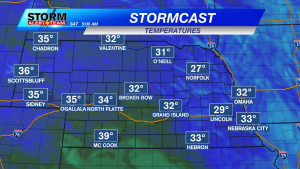 A cold front is making its way from north to south and will be through the state of Nebraska tonight. With that, cooler air will move in and stick around through much of the weekend. Tonight, temperatures will drop to around 40 degrees and then we won’t warm up much Friday. Highs will only be in the middle 50s! Then, then coldest air of the season moves in and we’ll see lows near 30 degrees early Saturday morning.