A warm front is draped across central Nebraska Tuesday evening.  Ahead of the front – on the warm side – temperatures are much above normal.  Highs made it in to the middle and upper 70°s.

The warm side of the system will provide an environment conducive to produce showers later Tuesday night (near midnight and after), mainly in the eastern third of the state. 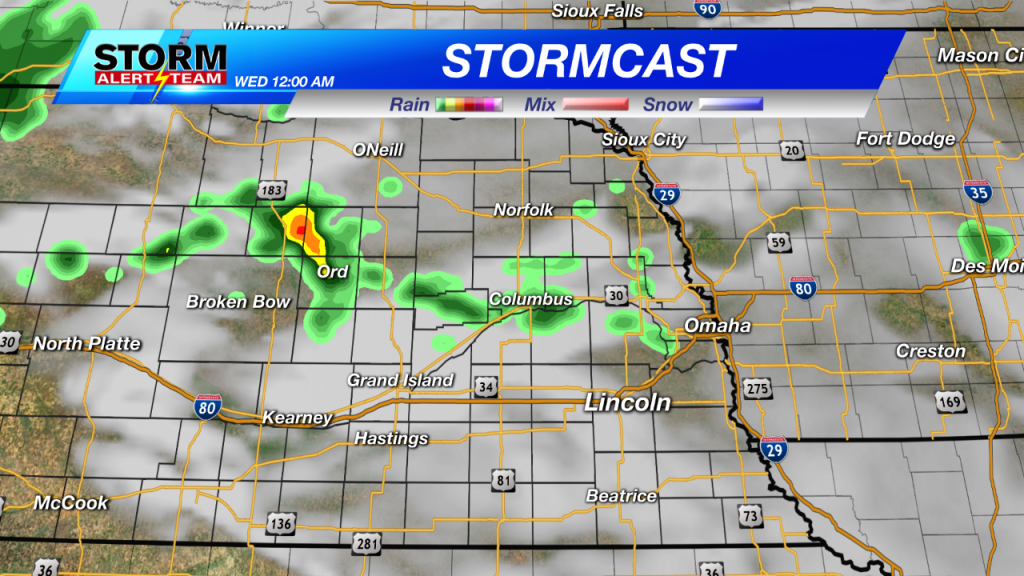 There may be enough elevated instability to allow for a few embedded thunderstorms, especially for areas near Columbus, Ord, Norfolk, and O’Neill.

While I am not expecting any severe thunderstorms, it isn’t out of the question for a thunderstorm to produce small hail. 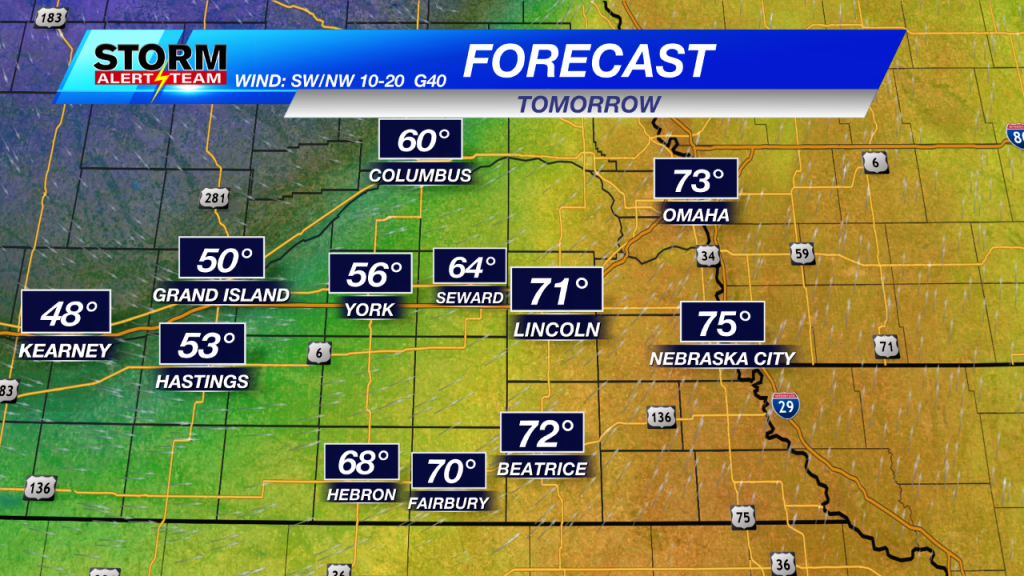 Winds will also be strong Wednesday – gusting 30-35 mph for most.  There will be a chance for higher wind gusts in Thayer, Jefferson, Gage, and Pawnee counties where wind gusts could reach 45 to 50 mph from late morning through early afternoon.

WEDNESDAY:  Turning mostly sunny, windy and warm.  Highs will range from the upper 40°s to lower 70°s.  Winds will gust 30 to as much as 50 mph in some locations.

THURSDAY:  Mostly sunny and cooler.  Highs will be in the lower to middle 50°s.