Cold front cooling us off soon

After record high temperatures (circled below), a cold front is going to sweep through and cool us off quite a bit. Temperatures will hover in the 50s for much of the day on Monday, then cool off into the 30s overnight. After that, each day will see highs in the 60s and lows in the 30s and 40s. 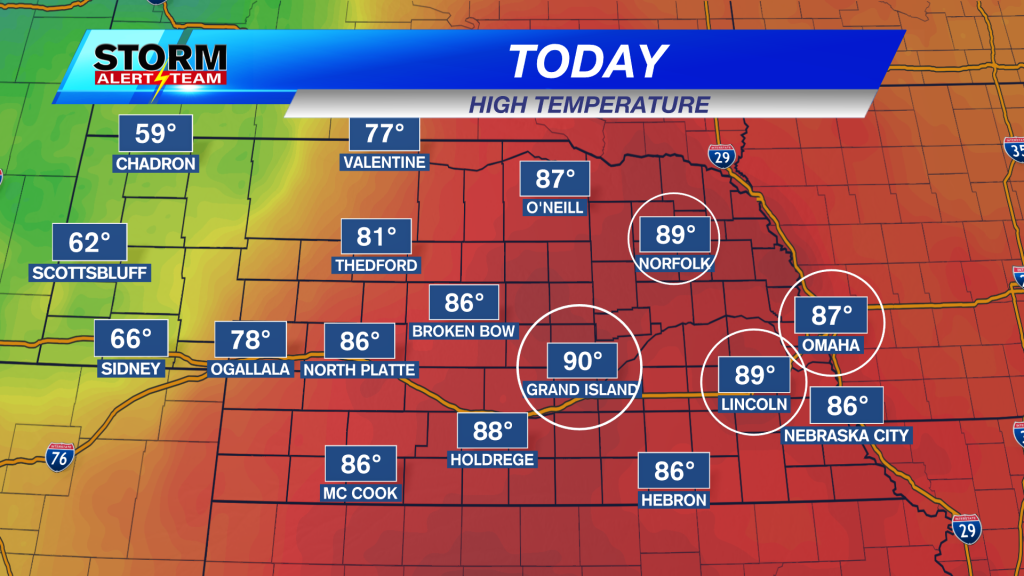 Precipitation chances are out there, but they aren’t great and the rain won’t get to everyone. After some spotty showers and storms overnight, another push of rain from the east will try to make it into Nebraska, but it doesn’t make it very far west. 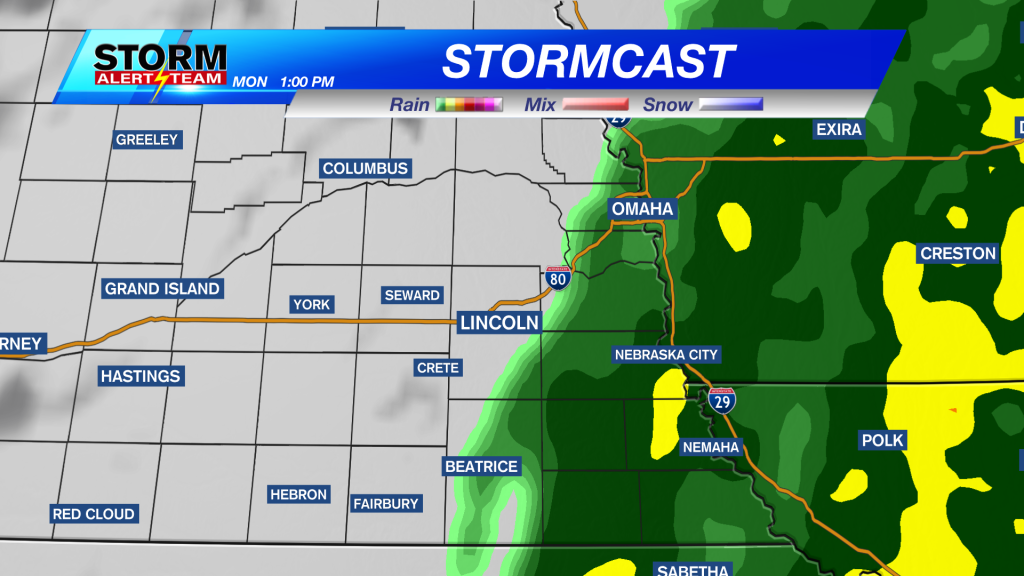 With the added cloud cover, chance for rain, and a cold front that just went through, temperatures will be almost 40 degrees cooler on Monday than they were on Sunday! 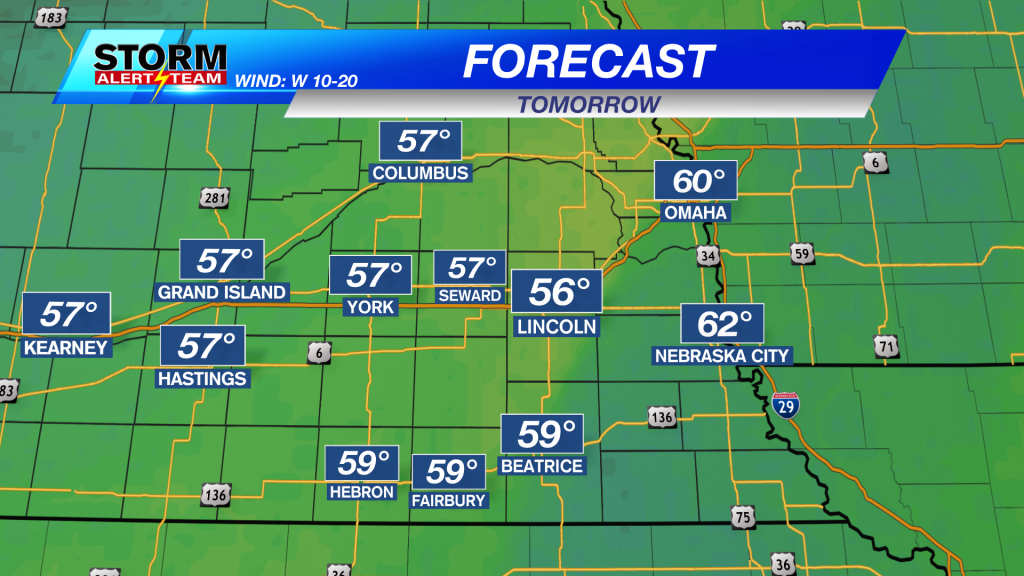