Colder with a few snow showers

We are done with the warmer temperatures for quite a while. Over the next 10 days, we slowly but sure slide downhill and will eventually only see teens for highs. Overnight lows are looking very cold by the end of next week! Precipitation will be hard to come by for a while. A few flurries and light snow showers will be possible Wednesday and Thursday, but accumulation is unlikely. 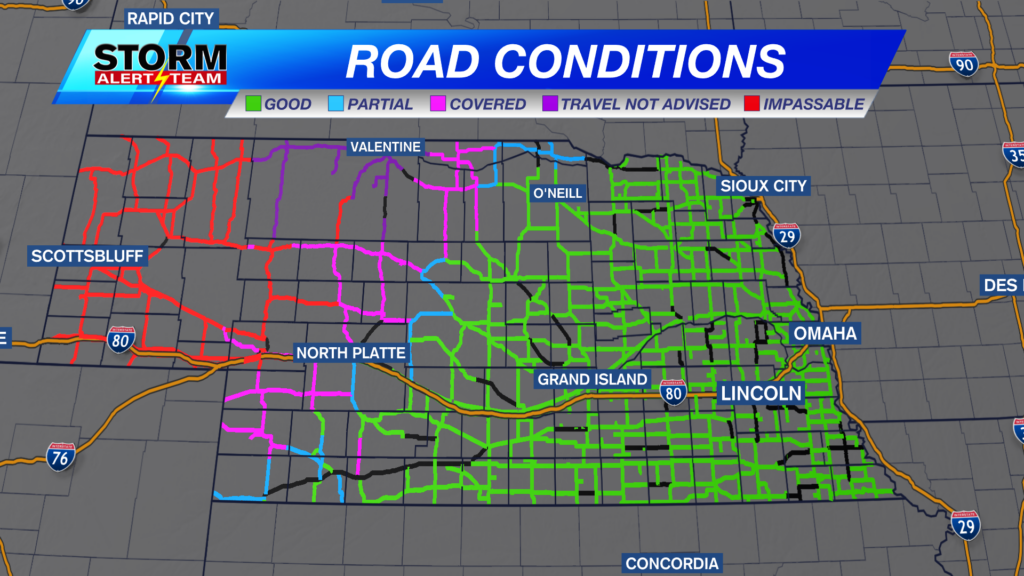 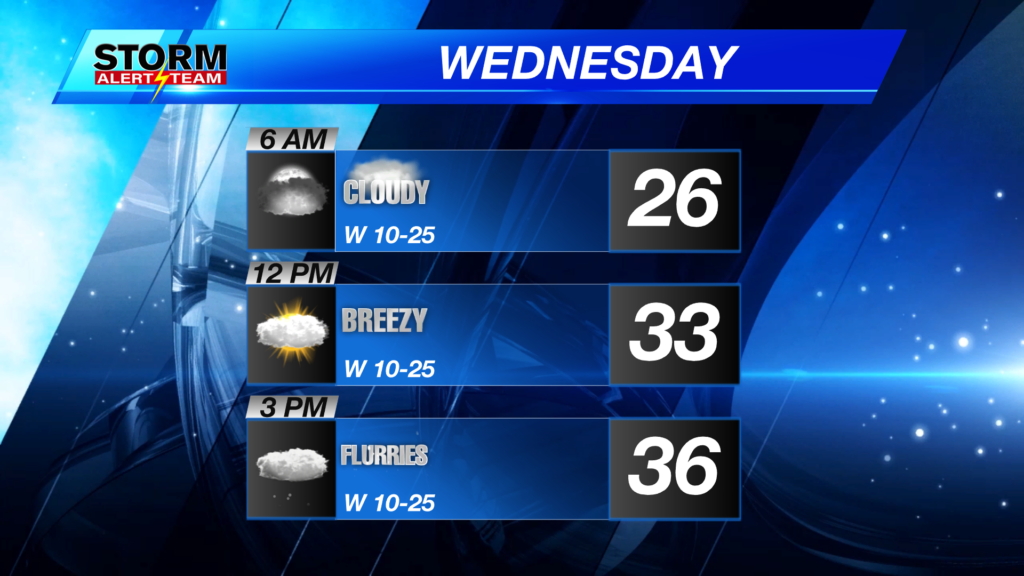 For Lincoln, we’ll start off partly to mostly cloudy and colder than we’ve been in a while. The middle 20s will start our day and we’ll only warm up into the middle 30s by the afternoon. A breezy west wind at 10 to 25 mph will give us a wind chill in the 20s. 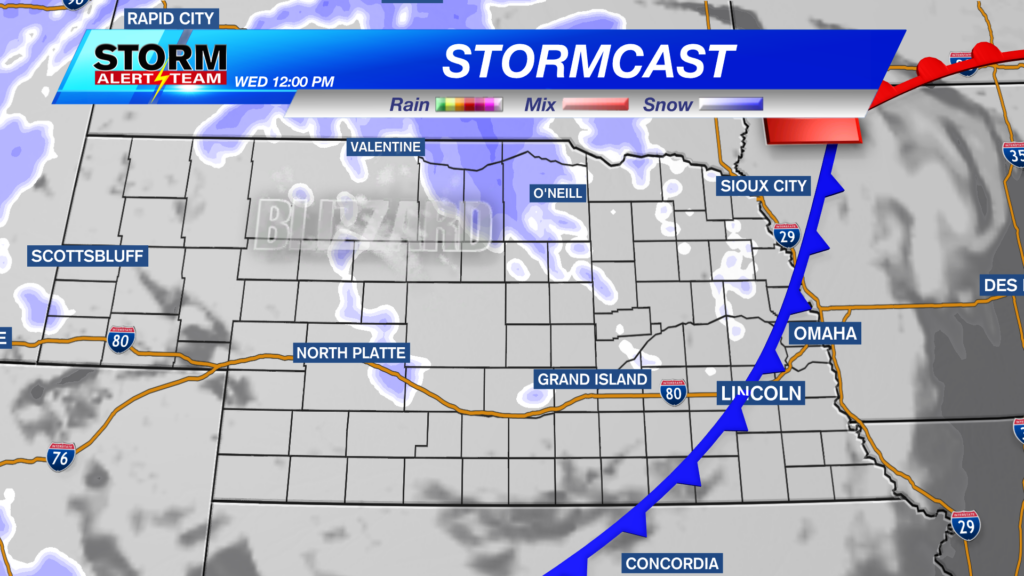 The blizzard starts to let up in western Nebraska by Wednesday afternoon, but the whole system is pushing east. This means central and eastern Nebraska may see some snow showers the second half of the day. Accumulation will be minimal. 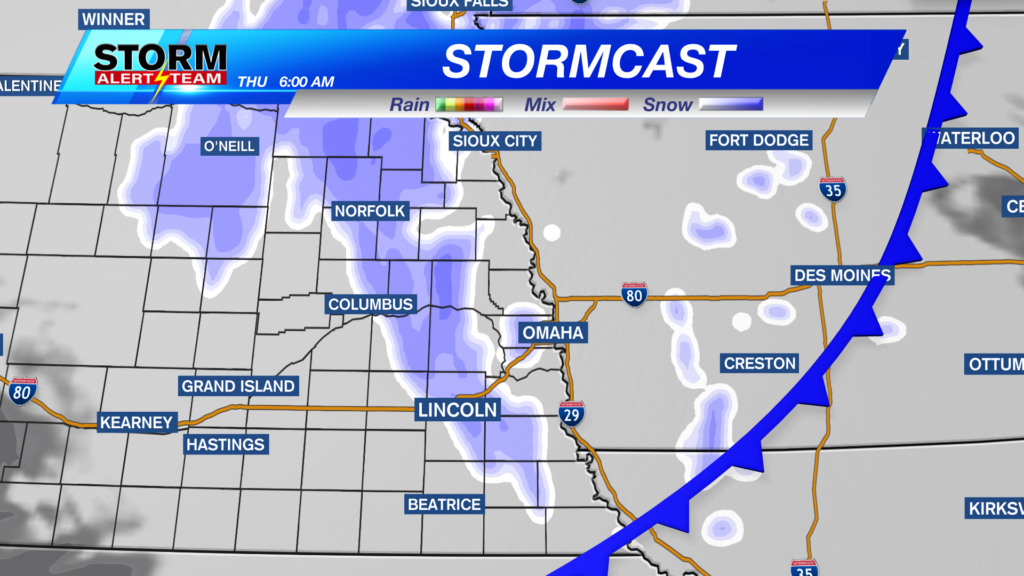 This storm system is a slow mover and we may see a few more snow showers out of it in eastern Nebraska on Thursday. Accumulation will continue to be minimal. 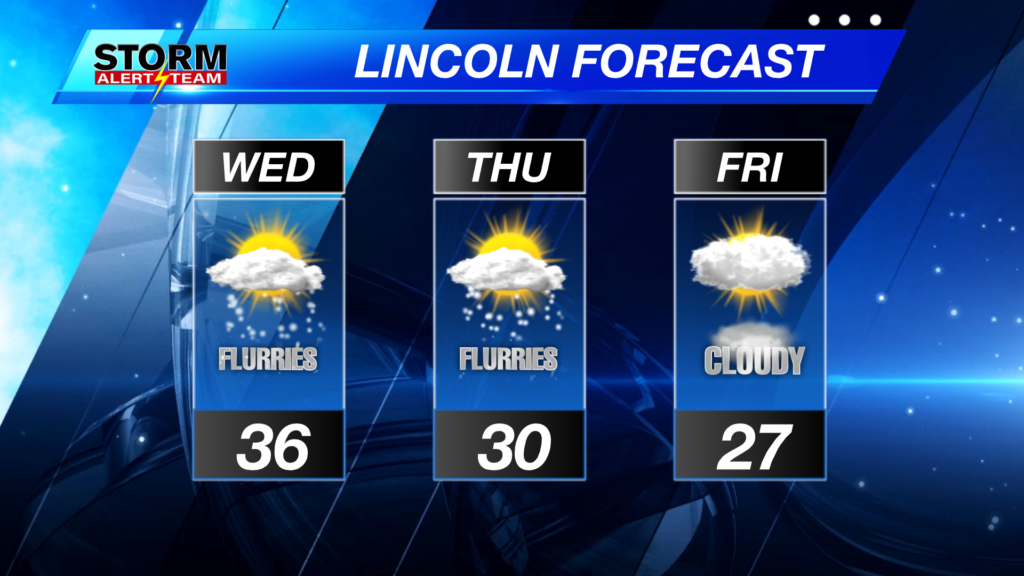 We cool down each day as we head through the rest of the week with a flurry or snow shower chance Wednesday and Thursday.