A cold night for southeast Nebraska as temperatures drop well below zero overnight.  This will likely be the coldest temperature in Lincoln in over three years.  The last time the capital city dropped to at least -11° was January 2, 2018. 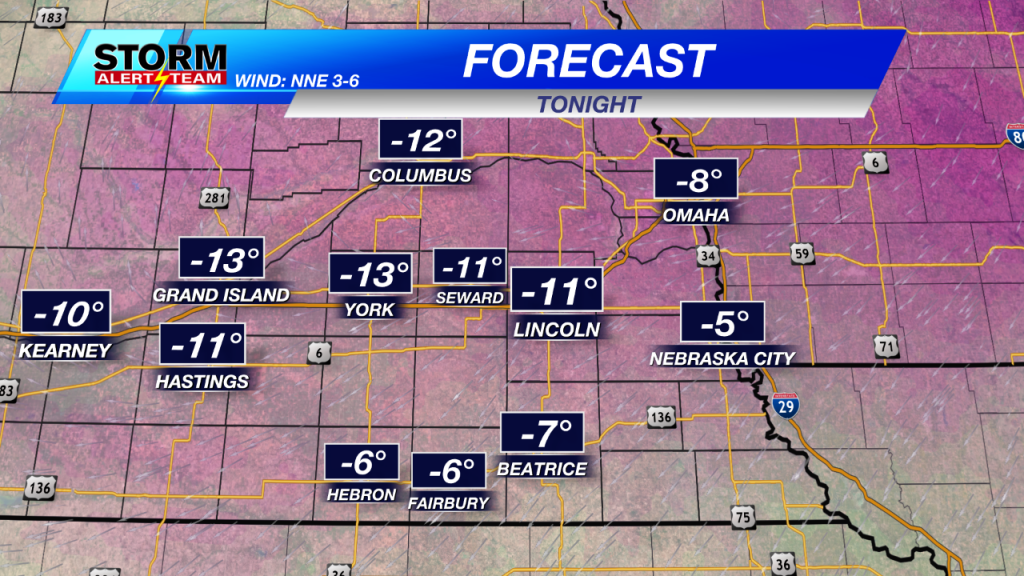 The wind will not be overly strong, but it will not take much to have the wind chill plummet.  It will get as low as -15° to -25° overnight.  Because of that, a Wind Chill Advisory is in effect through Tuesday morning for all of the Channel 8 viewing area.

The Arctic Blast will continue for many days.  Through 6pm Monday Lincoln had been below freezing for 110-consecutive hours.  We have at least another 240 hours to go according to my latest 10 Day Outlook.

TUESDAY:  Mostly cloudy and “warmer”.  Highs in the single digits.  Wind chill values will be from 0° to -10° during the afternoon.

WEDNESDAY:  Mostly cloudy with morning snow showers.  Highs will be around 10°.