Coldest Valentine’s Day in 85 years; Record lows could be broken next week

The coldest air of the Arctic Blast is ahead for southeast Nebraska.  Much of the area could spend several days below zero – air temperature not wind chill – and wind chill values could drop to as low as -35° to -40° for the beginning of the work week.

Immediately ahead is a cold Valentine’s Day.  Temperatures will likely not make it back to 0°.  This will be the first time Lincoln has failed to reach 0° in 25 years.  This also looks to be the coldest Valentine’s Day since 1936 along with being the second coldest high temperature ever recorded on February 14. 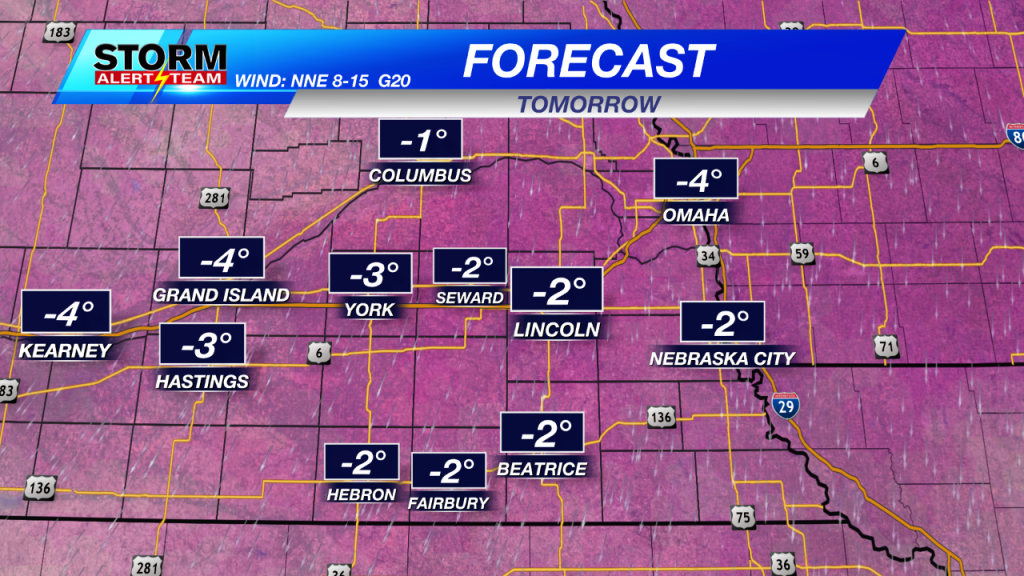 Along with cold temperatures wind chill values will remain very cold due to a sustained wind out of the north-northeast at 8 to 15 mph.  There could be a few gusts to 20 mph.  This will send wind chill values to -16° to -24°.

While not the lowest during this stretch of cold weather, this will be the lowest during daytime hours.  Frostbite can occur in as little as 10 minutes when the wind chill is -10° according to an Emergency Room doctor at the Cleveland Clinic.  The amount of time needed for frostbite to occur drops as wind chill values drop.

Low temperatures are currently forecast to be -18° Monday morning and -22° Tuesday morning.  This will break current standing low temperature records for both days.

A weather system will pass south of Nebraska Saturday night in to Sunday morning.  However, moisture will stream east through southern Nebraska allowing for snow to fall.

The Arctic air mass will allow for the system to squeeze every drop of moisture out of the air and turn it in to snow.  It will do it efficiently!  Snow to water ratios should be on the order of 22:1 to as high as 28:1. 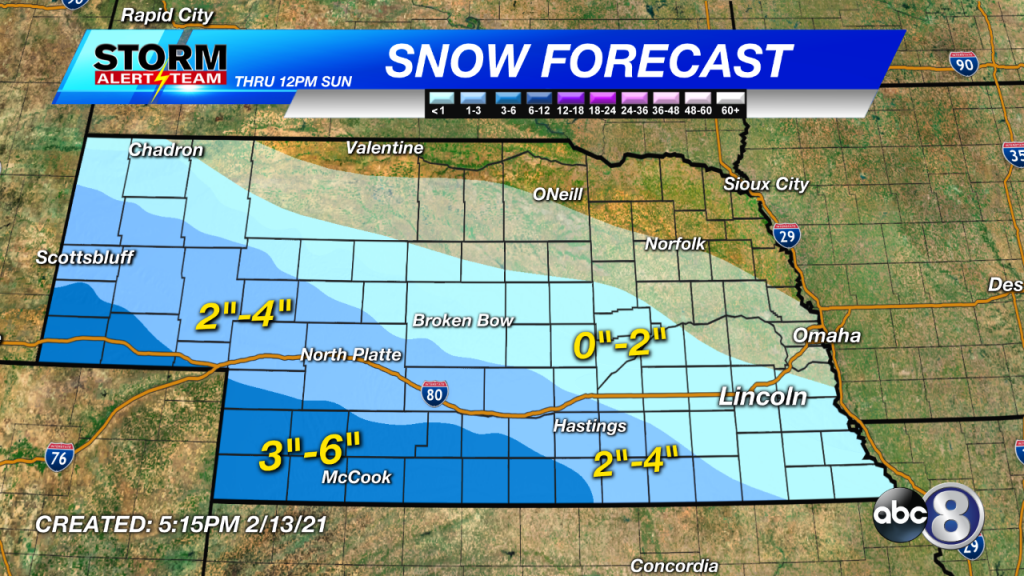 While I am not expecting a “big” snow to fall, some areas south of I-80 near the Nebraska/Kansas state line may pick-up 2″ to 4″ of snow by Sunday afternoon. 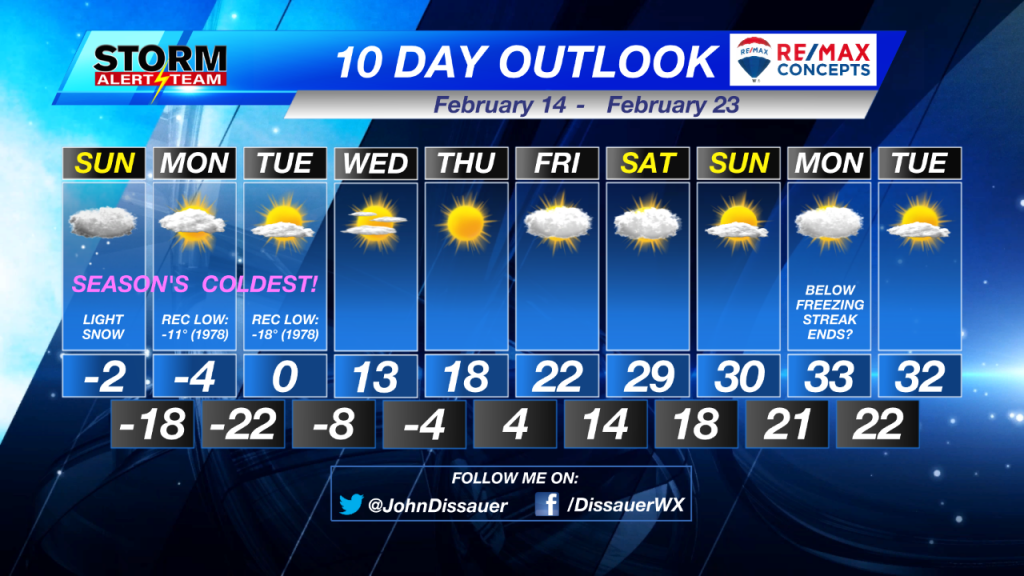