We’re in the middle of a cooler than average stretch and it will continue for at least one more day. 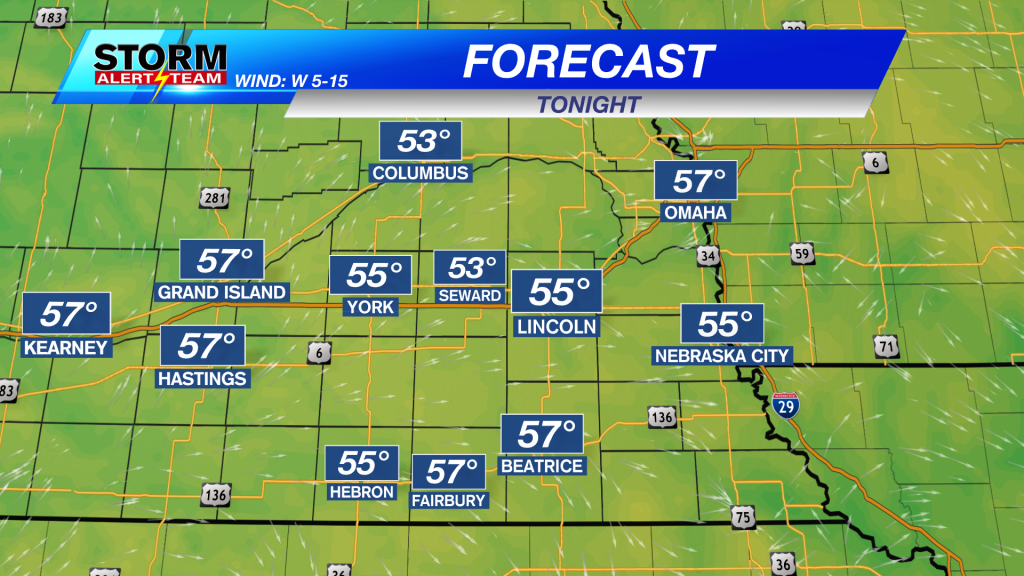 Monday will start off with temperatures in the middle and upper 50s, which is a good 10 degrees below average! The sky will be clear and we’ll have a light west to southwest wind at 5 to 10 mph. 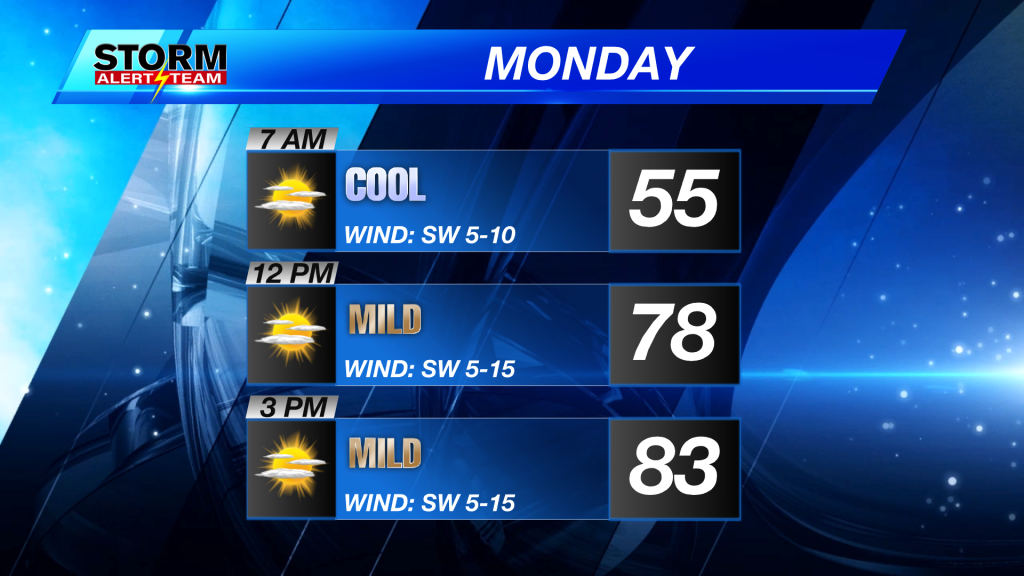 After a cool start to early Monday morning, we’ll warm up into the 70s by noon and the lower 80s by the afternoon. Our average high is in the upper 80s, so another cooler day is on tap! 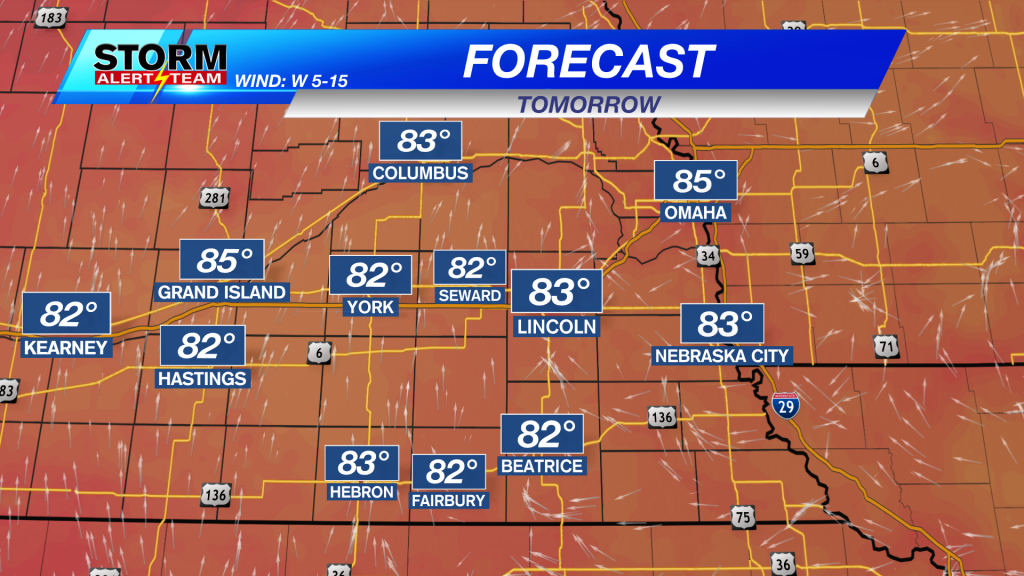 Highs are expected to be in the lower and middle 80s for everybody in south central and eastern Nebraska, but the cooler than average temperature streak is short lived. We’ll get back into the lower 90s by Tuesday, middle 90s by Wednesday, then we’ll be flirting with 100 on Thursday. Summer will be back soon!