Lincoln saw some beneficial rainfall Saturday morning. Lincoln Municipal Airport recorded 0.71″ of rain on Saturday morning. Most locations south of I-80 only saw a few scattered showers and storms Saturday morning and into the afternoon – and the rainfall totals reflect this. The farther north you live, the more rainfall you likely received.

Cloud cover stuck around Saturday afternoon for much of southern Nebraska which kept highs in the lower 80s for Lincoln. The clouds are clearing from north to south, and Lincoln is seeing this clearing as of Saturday evening.

There is a small chance to see an isolated shower on Saturday evening, but rain chances drop off overnight. Skies should clear out by Sunday morning, with lows dropping to near 59° for Lincoln. 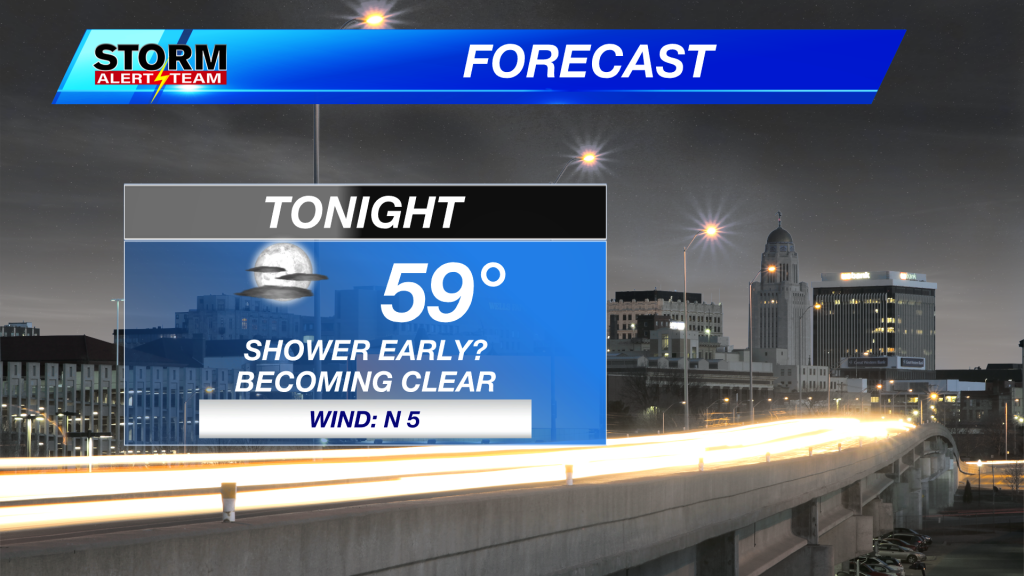 We’ll remain mostly clear on Sunday as well. We’re cool, dry, and less humid with a high near 85°. 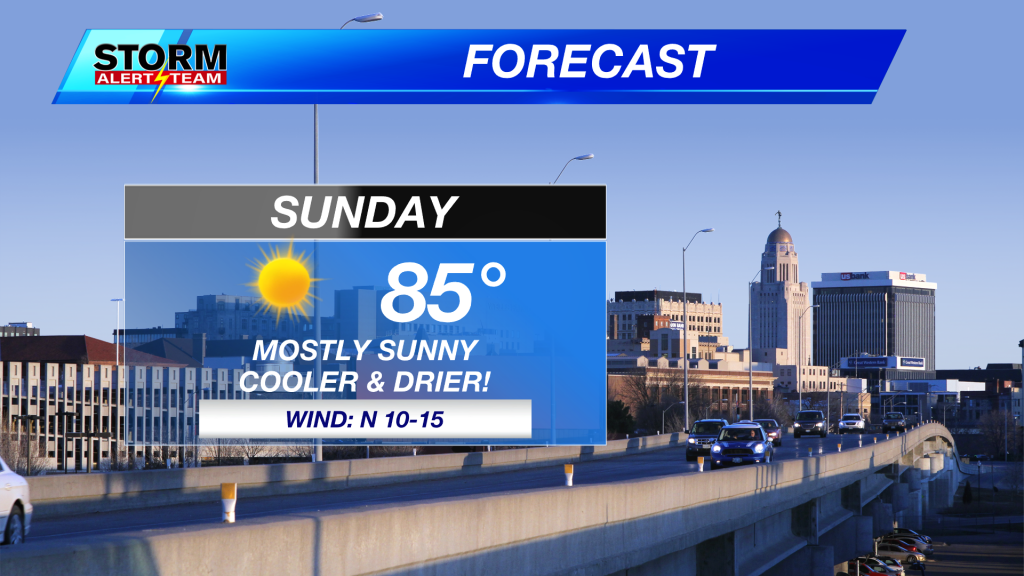 Temperatures will remain in the middle to upper 80s next week – and the humidity will remain at bay. Dew points will be below the unofficial 60° threshold for feeling “uncomfortable” through mid-week. So we’re headed into a more comfortable stretch of weather! 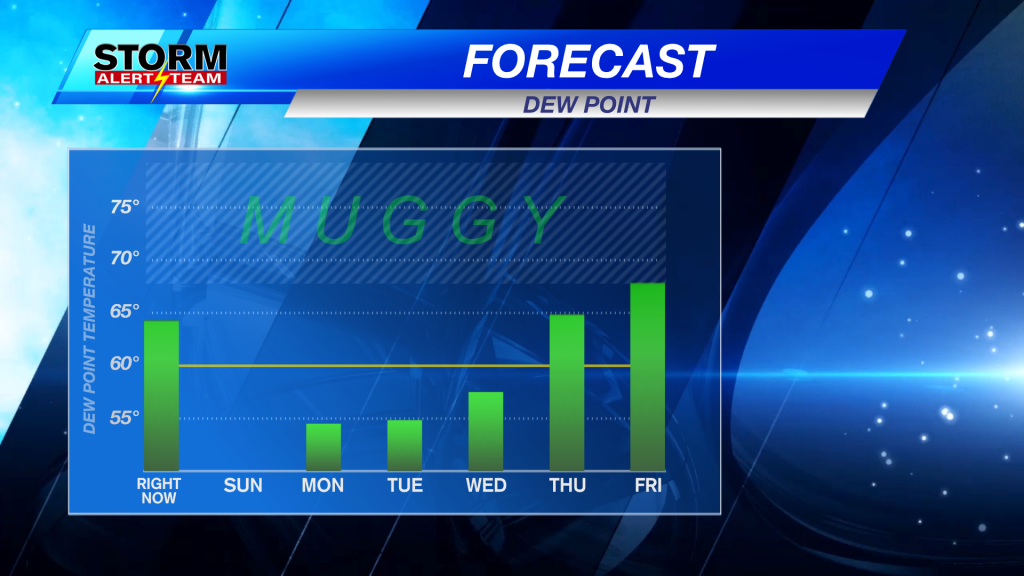 A disturbance arrives Wednesday evening which may produce a few showers and storms late Wednesday and into Thursday morning. Afterward, temperatures start to increase as we head into next weekend. As it looks now, highs should be back in the 90s starting Friday.

Flirting with record highs on Monday

90° temperatures returning for the next few days

Going from fall to summer this weekend