The average high in Lincoln this time of year is right around 87 degrees. We’re going to be at or below that for the next several days. And some of those days will be well below the average!

For Thursday, the day will start off in the upper 50s and lower 60s. We’ll see plenty of sunshine in the morning, so the temperature will quickly get into the 80s by noon. We’ll eventually top out in the middle 80s.

Most of Thursday will be dry, but a chance for storms moves into our area by the afternoon. It’s a small chance by 3-4pm, but that chance increases as we get into the early evening timeframe. 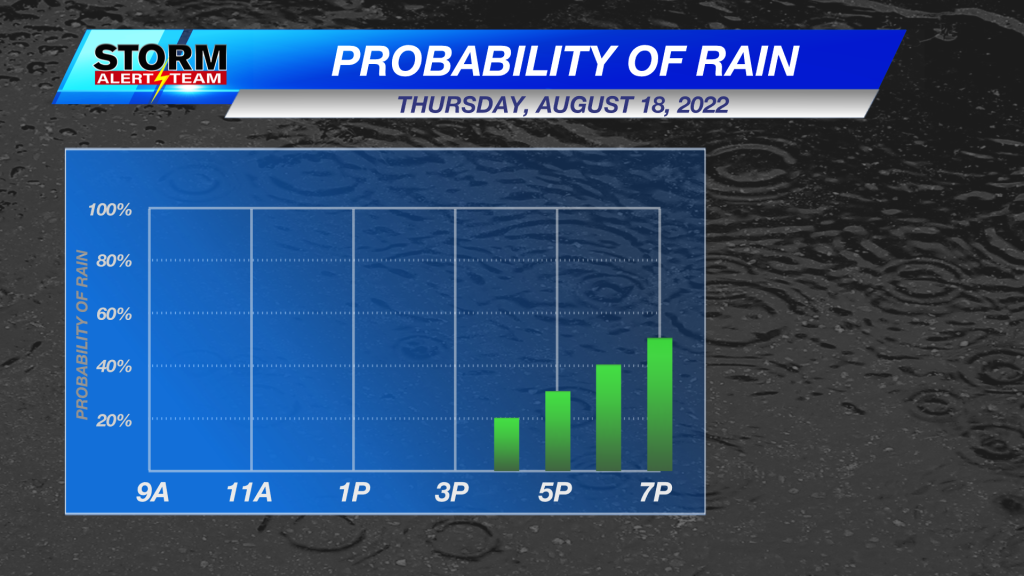 We will also have a chance for a few more storms on Friday, but the timing for those will be dependent on what happens Thursday night, so more on that as we get closer.

High temperatures are expected to be between 80 and 85 all the way through the weekend!