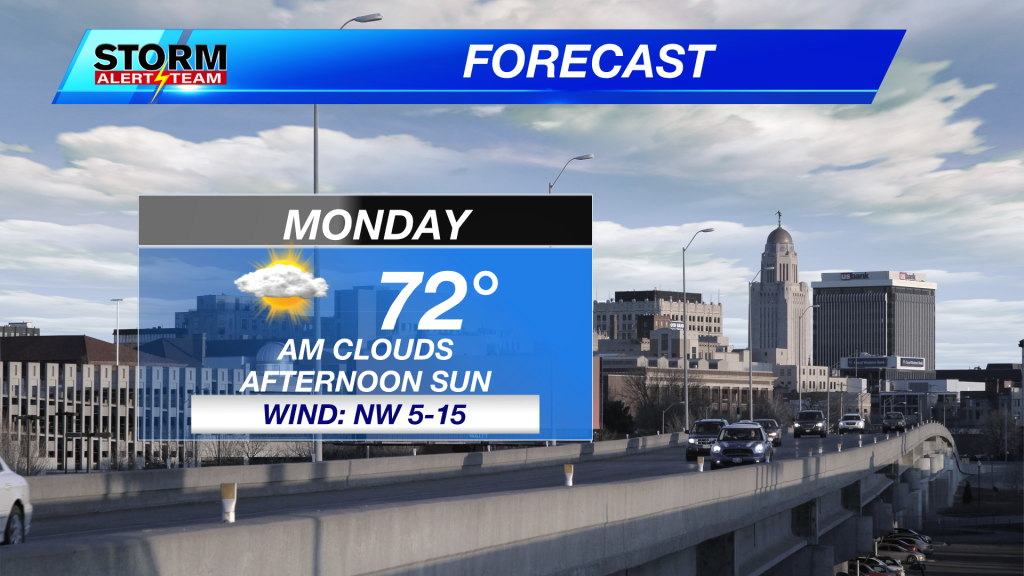 It’s going to be quiet and cool for the next couple of days, but there is a cold front on the horizon which may bring us a little bit of strong to severe weather and some much needed rainfall.

Before we get to that storm chance, we have Monday and most of Tuesday to deal with. Temperatures each day will start in the upper 40s to around 50 with a few clouds here and there. Highs will generally be in the lower and middle 70s, which is a little above average.

We then cool off and quiet down for the rest of the week with highs in the 60s and lows in the 40s into the weekend.