Core of the heat arrives Wednesday; Pattern change to begin later this week

A warm and “muggly” day for southeast Nebraska.  Temperatures topped out in the middle 90°s.  Dew points have been in the 70°s.  Both factored in and the heat index has been in the 100°s.  Lincoln reached a heat index of 104°, tying the city’s highest mark of the year. 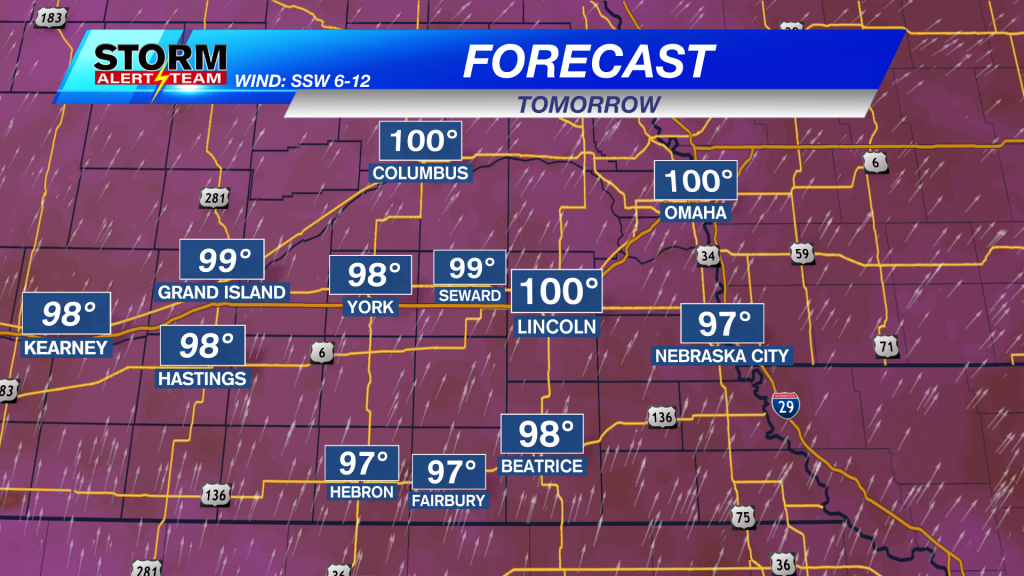 The hottest temperatures of the week will be Wednesday, just as advertised.  High temperatures will be in the upper 90°s to around 100°.  If Lincoln can reach 100° it will be the city’s third day reaching that mark in 2021.  Interestingly, that is also the normal number of 100° days for the capital city over the last 30 years. 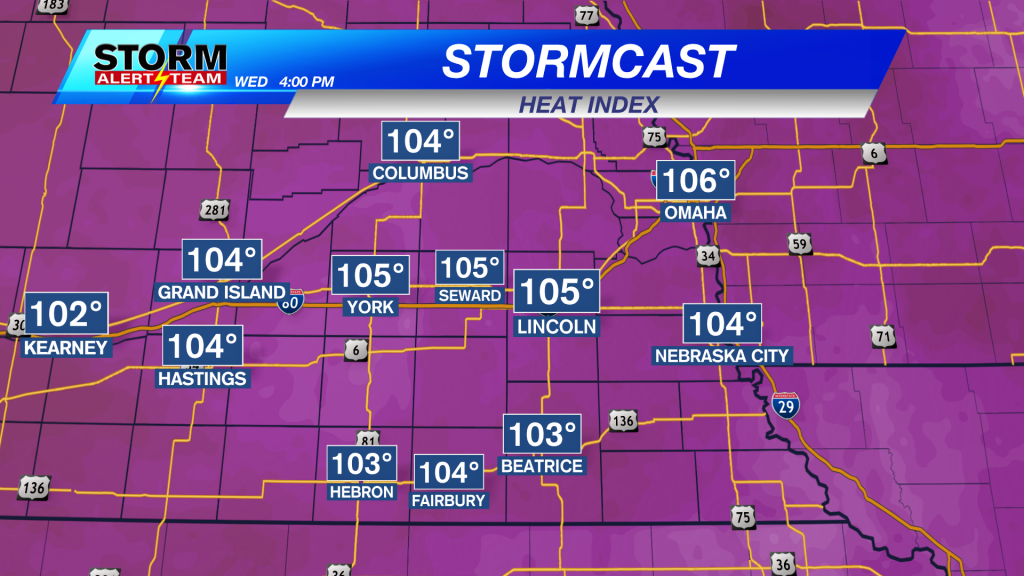 Humidity will also be high throughout the day.  Dew points are projected to be in the lower to middle 70°s – “air you can wear” – which will push the heat index between 105° and 110° Wednesday afternoon.  It will be a good afternoon to stay inside!

There are signs of a pattern change coming to southeast Nebraska.  The upper-level “hot dome” is projected to push southwest of the area later this week.  We’ll begin to see rain develop along the northern/northeastern edge of the “hot dome” heading in to the weekend. 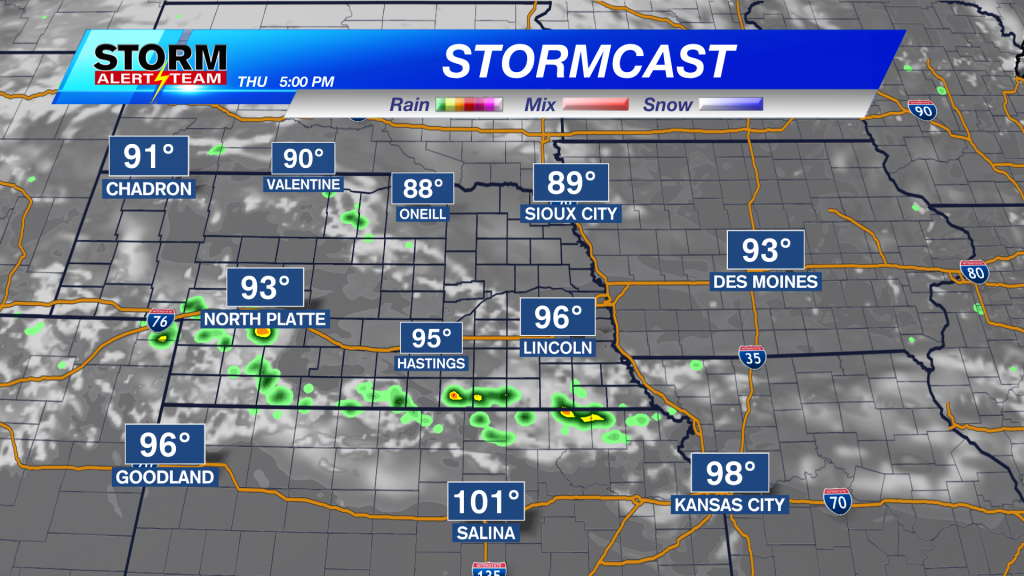 The first chance for rain arrives Thursday afternoon/evening as a cold front moves in to southeast Nebraska.  Ahead of the front, temperatures will climb back to the middle 90°s, and the heat index will again climb above 100°.  However, as we heat up the atmosphere, showers and thunderstorms could begin to develop during the afternoon and evening.  The front is projected to stall out over the area, allowing for further chances of rain Friday and again Saturday.

Along with the rain, temperatures look to drop back to below normal levels starting Friday and continuing through the first week of August.  Following a trend established during July.