Dry and warm start to the week; Even warmer by mid-week

Sunday featured plenty of rainfall for many locations in Southern Nebraska. That rain has since fallen apart, and we hung onto some cloud cover Sunday afternoon. The clouds kept temperatures from reaching 90° in Lincoln on Sunday – Lincoln had to settle with upper-80s for highs instead.

We were able to see some peeks of sun through the clouds by late Sunday afternoon. Aside from some high-level clouds, we should see more clearing for the rest of Sunday evening and overnight. I anticipate that we’ll wake up to mostly clear skies on Monday morning with low temperatures near 63° for Lincoln. 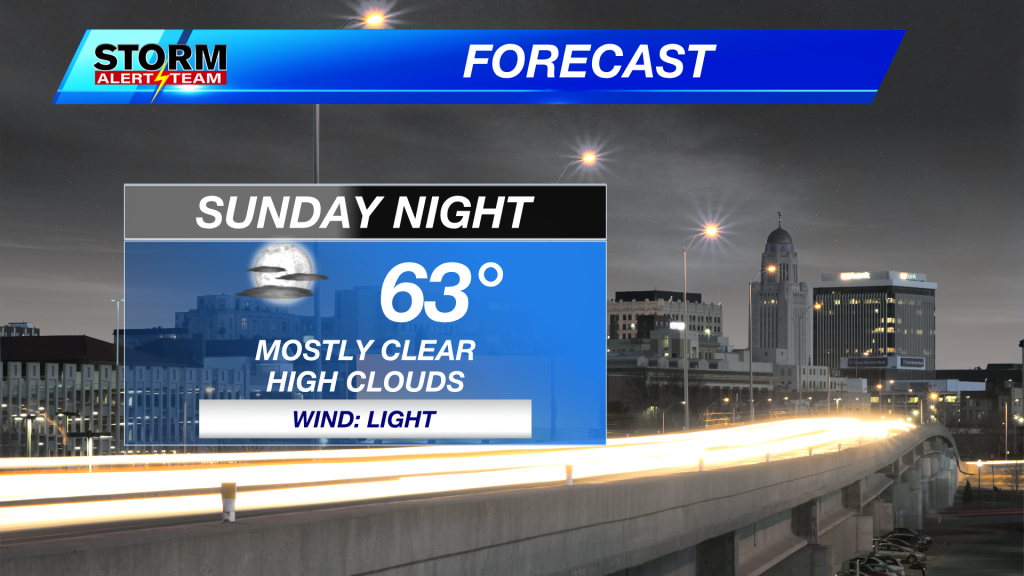 Lincoln should remain dry on Monday. We cannot rule out a small chance for an isolated storm in our northern counties on Monday. Communities like Broken Bow, Ainsworth, and locations nearby may have to dodge a storm or two. That said, the storm chance is still small even for our northern counties – and especially small for Lincoln. High temperatures on Monday afternoon will likely top out around 94°. 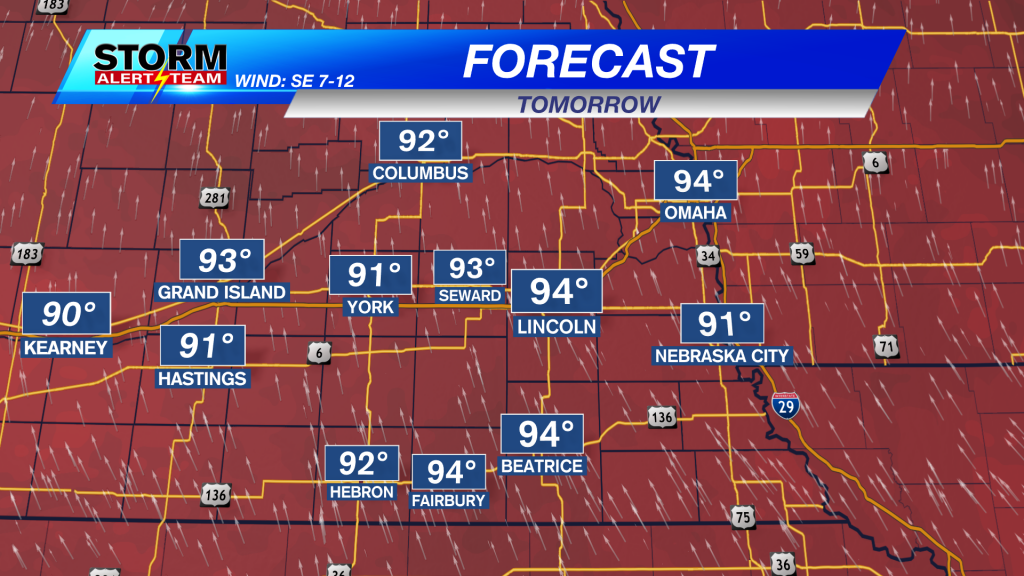 Temperatures will heat up as we head into the middle part of the week. High temperatures should be in the upper-90s on Tuesday and may even flirt with the 100° mark on Wednesday. Factor in the humidity, and we may be dealing with heat indices – or the “feels like” temperature – surpassing 105° in some locations. This can make for dangerous conditions outside through mid-week, so make sure to stay hydrated over the next several days and practice heat safety.